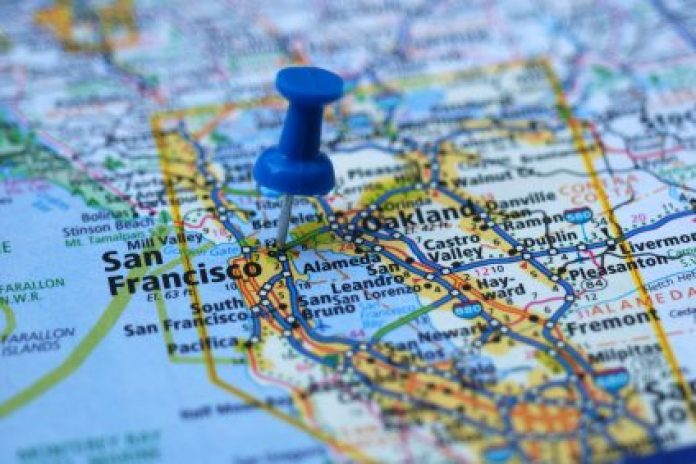 The Survey, taken by commercial real estate industry leaders in June 2016, “provides the first indication of a topping out in office and retail markets,” says Jerry Nickelsburg, adjunct professor of economics at UCLA Anderson School of Management and senior economist with the UCLA Anderson Forecast. In the two other markets surveyed, industrial and multi-family housing, the optimism of the past few years continued through the June survey period.

Office Development Continues But Sentiment Declines – DOWNLOAD FULL SURVEY HERE
The latest Survey presages a new topping out of the market for office space in the future. For each of the six markets surveyed (San Francisco, the East Bay, Silicon Valley, Los Angeles, Orange County and San Diego), the trend in office developer sentiment since its peak in 2014 has declined. This downward trend occurs as developers become more pessimistic about the growth of real rental rates and vacancy rates. For the Southern California panels, sentiment has slowly weakened, with the Survey indicating that markets will remain the same three years from now. “One can say that the panels are still optimistic, but clearly that is abating,” says Nickelsburg. Moderated sentiment aside, the interest in building new office space has held steady and the expectation is for more building to occur in the 2016-2017 time frame than in the past 12 months.

In the Bay Area, the outlook is slightly different. The San Francisco, Silicon Valley and East Bay panels all think that by 2019 real rental rates and vacancy rates will be worse than today. Panelists were most pessimistic about the San Francisco market, in spite of propositions that limit both new building and the conversion of existing B and C office space in the city.

Multi-Family Construction Expected to Hit 25-Year High – DOWNLOAD FULL SURVEY HERE
Multi-family developer optimism has remained strong and consistent over the previous four years it has been included in the Survey. The demand for multi-family housing tends to follow job growth in the more densely populated regions of California. Hence, one would expect the Silicon Valley, San Diego and San Francisco markets to tighten over the coming three years, relative to Orange County. The Los Angeles market is different with Survey panelists in that region expecting vacancy rates to increase over the next three years even as real rental rates continue to rise. The building of new apartments in Los Angeles is therefore expected to ease some of the shortfall in housing units, even while higher rental rates permit lessees to tolerate somewhat higher vacancies.

Retail Sentiment Remains Positive But Hints at a Topping Out – DOWNLOAD FULL SURVEY HERE
Retail is undergoing a profound change from distribution conduits to experience-shopping venues. In each of the markets polled, retail space sentiment was positive, but not quite as positive as indicated in the previous six months. Retail is currently being driven by two factors: new construction of retail spaces to support the booming multi-family market, and renovations of existing high quality malls from brick-and-mortar stores to experience venues. There are also significant headwinds as consumers shift to online purchases.

Data from both Southern California and in the Bay Area suggests that, although the retail space maybe struggling in general, there remain significant opportunities in the realm of retail space construction. The trends reflected in the latest Survey suggest this is a short-lived transitional boost to construction and future survey results should predict a topping out in retail construction.

Industrial Space Remains Hot – DOWNLOAD FULL SURVEY HERE
Industrial markets, particularly the warehouse segment, remain on fire. This optimism, expressed in each of the markets surveyed, continues to be manifested in new building. With extremely low vacancy rates at present and an optimistic view by developers, the building boom should continue through at least 2019. The basic underlying economic forces driving the demand for industrial space in California are the export of goods to Asia and Mexico, U.S. importation of consumer goods from Asia and e-commerce.

A Broad Based Recovery – DOWNLOAD FULL SURVEY HERE
The optimism about 2019 in the multi-family housing and industrial space segments indicates a high probability of continued development and investment opportunities over the next three years. This optimism, supported by job and income growth, and a lack of sufficient building, portends construction at or above previous peak levels for these asset types. The less optimistic signals in office space and retail markets, while indicators of topping out, do not spell doom and gloom for the markets.

About the Survey
The Allen Matkins/UCLA Anderson Forecast California Commercial Real Estate Survey and Index Research Project polled a panel of California real estate professionals in the development and investment markets, on various aspects of the commercial real estate market. The survey is designed to capture incipient activity by commercial real estate developers. To achieve this goal, the panel looks at the markets three years in the future, and building conditions over the three-year period. The survey was initiated by Allen Matkins and the UCLA Anderson Forecast in 2006, furtherance of their interest in improving the quality of current information and forecasts of commercial real estate.

About Allen Matkins
Allen Matkins, founded in 1977, is a California-based law firm with approximately 200 attorneys in four major metropolitan areas of California: Los Angeles, Orange County, San Diego and San Francisco. The firm’s areas of focus include real estate, construction, land use, environmental and natural resources; corporate and securities, real estate and commercial finance, bankruptcy, restructurings and creditors’ rights, joint ventures and tax; labor, employment and OSHA; and trials, litigation, risk management and alternative dispute resolution in all of these areas. Allen Matkins is located on the web at www.allenmatkins.com.

About UCLA Anderson School of Management
UCLA Anderson School of Management is among the leading business schools in the world, with faculty members globally renowned for their teaching excellence and research in advancing management thinking. Located in Los Angeles, gateway to the growing economies of Latin America and Asia and a city that personifies innovation in a diverse range of endeavors, UCLA Anderson’s MBA, Fully-Employed MBA, Executive MBA, Global Executive MBA for Asia Pacific, Global Executive MBA for the Americas, Master of Financial Engineering, doctoral and executive education programs embody the school’s Think In The Next ethos. Annually, some 1,800 students are trained to be global leaders seeking the business models and community solutions of tomorrow.