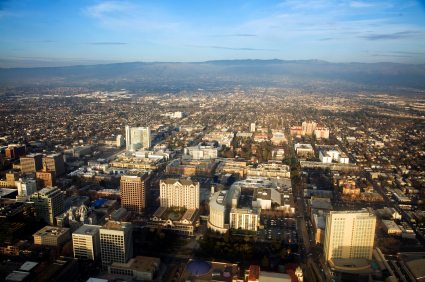 Miami-based for-sale homebuilder Lennar Corp. has acquired a 40.5-acre site in South San Jose where it hopes to build 840 single-family homes in six communities including one multifamily rental complex.

Hitachi GST was acquired in March by Irvine-based Western Digital Corp. and now operates as a wholly owned subsidiary of Western under the name Viviti Technologies Ltd., according to a Western Digital news release.

The property sold for $80 million, according to a knowledgeable source. Lennar’s Rich declined to release the purchase price, saying he was not at liberty to disclose the information.

The homebuilder hopes to complete its design work for the endeavor by the end of this year and to initiate site improvements beginning in early 2013 with an eye on starting new home construction in October 2013 and executing the first sales in early 2014, Rich said.

The for-sale homes will range from single-family detached units to high-density condominiums and townhomes, Rich said. Price points are expected to begin in the high $200,000 range and to top out at about $700,000. The company anticipates developing, marketing and selling homes in the five for-sale communities simultaneously.

“We have done a lot of work in the South Bay, and we are back taking large positions in the area,” Rich said. The company likes the Bay Area —it is also developing 38 townhomes in Los Altos and processing an application to build 80 single-family homes in Daly City— because it suits Lennar’s strategic goal to target sites that are “key infill positions next to employment [in communities] where land is scarce and where entitlement is extremely complex,” he said.

Lennar is also a partner in the joint venture behind redevelopment of San Francisco’s Treasure Island, where Lennar alone has invested more than $26.7 million. More than $50 million has been invested in total.

The San Jose site is an integral component of a 332-acre master-planned community at Cottle Road and California Highway 85 that has been contemplated for nearly a decade. The plan calls for roughly half the site to remain industrial while the other half is redeveloped into a high-density “transit village” with housing, parks and commercial uses. The site is served by the light-rail system operated by the Santa Clara Valley Transportation Authority and a nearby Caltrain rail station. Caltrain is a regional public-transit system connecting San Francisco, San Mateo and Santa Clara counties.

The site was previously an IBM Corp. campus that Hitachi acquired in 2003. Two years later, in June 2005, the city of San Jose approved its redevelopment with more than 2,900 homes and 460,000 square feet of new commercial development. Cupertino-based Hunter Properties is seeking city permission to build a 313,500-square-foot commercial shopping center with both a Target store and a Safeway grocery store.

Chris Twardus, a Colliers International land broker in San Jose with a focus on the sale and development of residential land, said the Hitachi property sale is a significant one for the new-home development community not only because of the property’s size but also because of what it conveys about the regional economy. “There is a lot of building going on, and prices are getting higher,” he said.

Robert Freed, president and chief executive of SummerHill Homes, the homebuilding division of Marcus & Millichap Co., said Lennar should do well on the project assuming it executes well and the company did not overpay for the property based on overly rosy sales and cost projections. “If there is the least bit of pent-up demand, this will be one of these places to meet that demand,” he said. “It is an opportunity to get a critical mass of units in one location, which doesn’t exist anymore in [Silicon] Valley.”

While an executive at KB Home several years ago, he also eyeballed residential property at the Hitachi site for acquisition, Freed said.

SummerHill expects to celebrate the opening of its Midtown Village housing development in Santa Clara this fall with 110 single-family homes and a one-acre park. The development at 90 N. Winchester Blvd. is immediately across from the Westfield Valley Fair mall and the Santana Row outdoor shopping center. SummerHill clenched a $56 million financing deal with Union Bank, Comerica Bank and Bank of the West earlier this year to secure the 17-acre site. SummerHill, which has been a Bay Area developer, also has opened a Los Angeles office.

Lennar may face disadvantage at the Hitachi site by electing to do all five for-sale home communities itself, Freed said. It is more typical to have multiple homebuilders active in such large-scale projects, and when each of them marshals advertising and marketing efforts, it can drive more traffic for everyone collectively.

Key for Lennar to juice returns will be selling the inventory relatively quickly—one to two home sales a week in each community. “If they paid tens of millions of dollars for the property, which I am sure they did, they will be well north of $100 million invested before they make their first home delivery. That is a lot of investment in one location, and the best way to tackle that is to get some solid absorption,” he said. 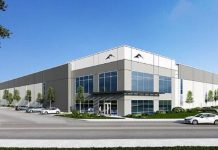