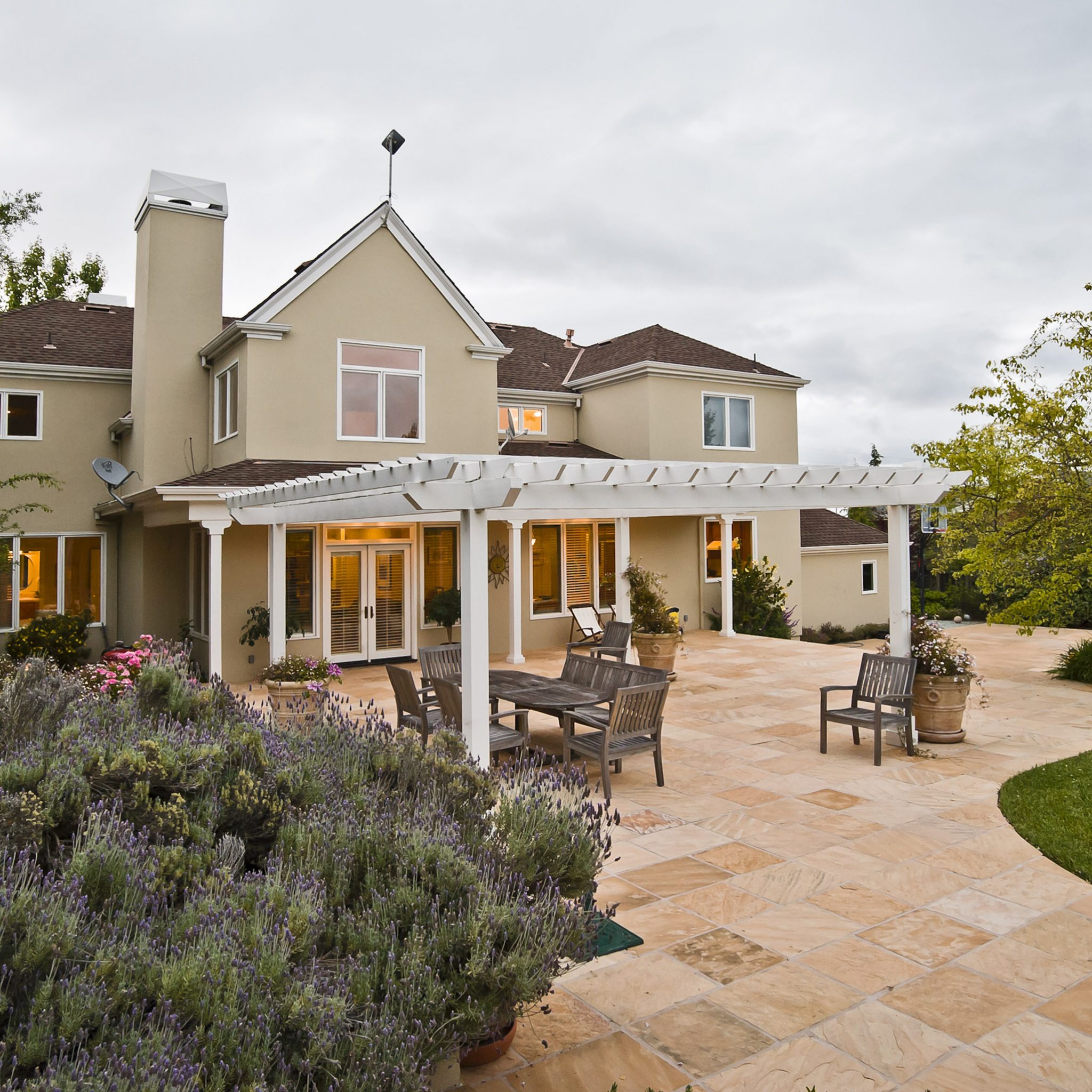 Paltry for-sale inventory and strong buyer demand are driving home prices up across the Bay Area, including East Bay markets where the financial and property busts have lingered.

The luster of apartments, which investors have heavily favored, is fading, says one regional developer. Talk has begun in some quadrants of apartment overbuilding.

While commercial property’s recovery has been strongest from San Francisco to Silicon Valley, housing markets are recovering more broadly, as workers fan out in search of more house for less money and better schools. East Bay commercial property metrics are improving too, though slowly.

[pullquote_right]“We think we are in the second inning of the for-sale cycle and in the seventh inning on the for-rent side,” Arden Hearing, a senior vice president of land acquisitions for Danville’s Trumark Cos.[/pullquote_right]A year ago, there were more than 1,640 homes on the market for sale in San Francisco in August. Today there are not quite 550, said Chris Kolmar, product manager for Movoto LLC, a residential real estate brokerage headquartered in San Mateo that does business in the Bay Area, Southern California and 32 other states.

In Palo Alto, the median price is up 20 percent year over year to $1.495 million, he said. Last year, there were 85 homes on the market in Palo Alto in the middle of August. This year, there were 58. “The foreclosure and short-sale inventory is down. So the inventory that is out there is getting priced at astronomical levels,” he said.

The same phenomenon is unfolding across the bay, said Tyler Moxley, a broker with Moxley Real Estate Team of Alain Pinel Realtors who specializes in the Tri-Valley housing market including Pleasanton, Dublin, Livermore and Danville. “The problem we are having now is that there are no homes for people to buy. There is no supply, and the demand is crazy high.”

“In the last two years prices have been floating around the bottom, then earlier this year it started to take off. A house under $500,000 or $600,000 has multiple offers and goes right away.”

He attributes the low inventory in part to the pool of existing owners who still can’t or won’t sell because their home’s value remains well below what they paid. People who bought in 2002 and 2003 should be in a position to sell, he said, “but I know people who bought in 2005, and they lost 40 percent of their value. It’s going to take awhile to get there.”

In Burlingame this month, the inventory of for-sale homes has fallen to a two-year low, said Raziel Ungar, a broker associate for Coldwell Banker Residential in the Peninsula city and one of the company’s top-selling agents nationally. At the end of June, 30 homes were on the market compared to 50 homes in June 2011—and supply has fallen since. “Homes are selling close to the peak price of several years ago,” he said.

People who move to Burlingame typically do so with the expectation that they will stay for many years, he said. In 2011, only 3.5 percent, or 221, of the town’s 6,301 single-family homes changed hands excluding townhomes and condos, of which there are few. That ratio has been pretty consistent for the last five years, even during the boom, Ungar said. The numbers imply that the average home sells only about once every 30 years.

Homes that do sell are associated with a life event: death, illness, divorce, a newly empty nest. So few homes are trading that at least one home seller has recently been marketing a home unpriced and off the multiple listing service—a rarity. “They are searching to see where the market is,” Ungar said.

Highly educated and often U.S. educated professionals born outside the country make up an increasing share of the resident population in Burlingame. Recent new clients have ties to Hong Kong and Singapore. Overall, half of his homebuyers are foreign-born.

“It’s very, very international. People want to be in the Bay Area because they recognize it as a cultural hub and know the great career opportunities. Their services could be in demand all over the world, but they chose to stay here,” Ungar said.

Homebuilders say they have seen a surge of buyer demand after several years in which new-home production has been slow. “We have created very litte new supply of for-sale housing in Silicon Valley, and the job-growth side is strong,” said Arden Hearing, a senior vice president of land acquisitions for Danville’s Trumark Cos.

In late July Trumark Homes and Resmark Land and Housing bought nine acres at Montague Expressway and Trade Zone Boulevard in Milpitas. They paid Carl Berg’s Mission West Properties Inc. $18.5 million for the site. Trumark plans to start development later this year on 42 three-story detached single-family homes and 92 three-story attached townhomes, which it hopes to sell for $500,000 to $700,000 apiece. Hearing estimates the project is a $60 million to $70 million investment for the developers.

It is one of several housing projects that Trumark is pursuing in the Bay Area. It plans approximately 120 condominiums in San Francisco’s Nob Hill neighborhood and also has housing projects underway in the Mission, Hayes Valley and Soma (South of Market) districts. The company recently entitled 94 San Jose townhomes.

“We think we are in the second inning of the for-sale cycle and in the seventh inning on the for-rent side,” Hearing said, and new home sales have picked up notably since the beginning of the year. “We have seen velocity just stampede in the last six months. I’m speaking especially to Silicon Valley, but you are seeing it play out even more dramatically in San Francisco.”

In April, Irvine-based TRI Pointe Homes began sales at its luxury-home Chantrea development in the Silver Creek district of San Jose. Homes are expected to sell for $1 million or more. On Aug. 11, the homebuilder opened its 60-home Morgan Hill development, Ironhorse. Next year, it expects to open Amelia at Bay Meadows in San Mateo, where it plans 63 townhomes, and in Mountain View, where it hopes to sell another 60 or so homes at prices from the high $700,000s to less than $1 million.

Homebuilders descended on Milpitas en masse at the end of last year, said Sheldon Ah Sing, the town’s senior planner. “Everyone wanted to come in and get their entitlements and then get building permits and the subdivision maps. Everybody wants to start now and build now and open soon.”

In 2008, the city council approved a development plan that calls for 7,000 new homes near Simon Property Group’s Great Mall outlet shopping center, a new BART station and an existing light-rail stop. The city has already granted entitlements to Taylor Morrison Inc. for 200 townhome units, to Fort Worth-based D.R. Horton Inc. for 276 townhome units and to Trumark for 134 townhome units and single-family homes, he said.

Outside that area, Newport Beach-based William Lyon Homes is building another 285 townhome units near SanDisk Corp. and Cisco Systems Inc. on Murphy Ranch Road, where models are to open this fall. Alberta, Canada, -based Brookfield Residential Properties Inc. is grading a site at Interstate 680 and Calaveras for 60 homes, he said.

Christy Marbry, a senior development manager for San Jose’s Barry Swenson Builder, said the developer is watching the balance between the apartment and for-sale housing markets as it progresses with one of its latest housing developments in downtown San Jose.

The company hopes to start next year on 400 homes at what is commonly known as the Brandenburg site on the northwest corner of downtown close to state Highway 87. The project depends on the realignment of West Julian Street, which relies on state financing, she said.

Swenson and its partners don’t yet have financing but are in the market looking. “We are seeing an upswing in investment in the Bay Area, so we are getting promising interest. The money is more focused on the rental side, but we are definitely seeing an interest in for sale,” she said.

“We see that the inventory in downtown is shrinking as well.” What ultimately gets built depends on what that inventory looks like as construction begins, she said. “It will really depend on when the development is ready to move forward.”