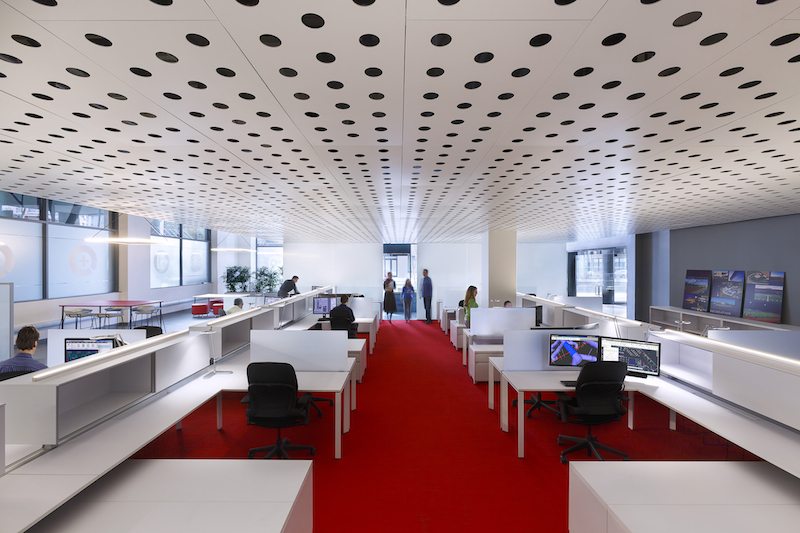 [dropcap]L[/dropcap]PA Inc. set up its new office in downtown San Jose to serve as a tangible example of the architecture firm’s capabilities and corporate philosophy.

“We designed the space as a living lab that showcases state-of-the-art sustainable technologies that we can easily update over time,” said Patrick McClintock, asenior interior designer who co-leads the San Jose office. “Sustainability is in our DNA, so creating a space that reflects that culture was so important.”

Attracted by an expanding roster of Silicon Valley clients, the Irvine-based firm leased 6,000 square feet on the ground floor of a 14-story office tower at 60 South Market St. The new office, the firm’s fourth in California, opened in early December 2013. 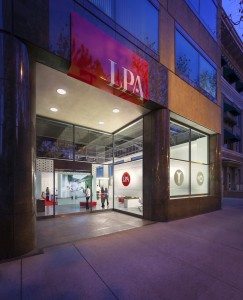 Creating access to natural light for all occupants proved critical for the project team, who quickly gutted the space of traditional perimeter offices to expose 16-foot tall windows previously reserved for bank executives. The natural light creates a vibrant and energetic atmosphere for clients, collaborators and employees.

Operating on a do-more-with-less philosophy, LPA implemented an open plan workspace and reused the fixed walls from the previous tenant improvement for the support spaces, while keeping the existing concrete floor and exposed structural frame as finished materials.

“This project affirms that old space can be given new life,” said Brett McLarney, vice president of McLarney Construction. “It also affirms that through collaborative design, goals can be achieved within a budget. Further it really strikes a chord with the continuing revitalization of the downtown market.”

The creative team pointed to a “ventilated fold” as an innovative design element. It is a low, white ceiling that covers the more traditional workspace in the center of the office. Constructed of white perforated aluminum panels, the ventilated fold is meant to integrate all building systems into a single gesture that promotes air circulation, light reflectance and acoustic absorption, McClintock said. The mechanical system, for example, blows air down through the perforations and out the sides toward the open collaborative spaces next to the windows.

The space already meets The American Institute of Architects 2030 Challenge for reducing energy consumption, and is on track to receive LEED for Commercial Interiors 2009 Gold certification.

LPA worked with Santa Clara-based One Workplace, an office-furniture distributor, to create a workspace that is versatile with modular furniture of 70 percent recycled content. The design allows teams to adapt their surroundings to suit each project. Teams can move the furniture around so that they can work in variously sized groups as each project demands. They also can use large writing spaces on the walls. This helps them to be more creative and gives them more opportunity to get up and move around.

“LPA is very collaborative,” said Lynda Bisbee, market manager for One Workplace A + D. “All employees have choice and control for how they want to work.”

LPA understands the branding benefits of its ground-floor location. People walking along Market Street past the new LPA office can view large screens displaying images of the firm’s current and past projects.

Overall, having a permanent Silicon Valley presence will prove valuable for LPA’s relationships with clients and collaborators said Peter Banzhaf, Senior Construction Manager with the Irvine Company, a privately held real-estate investment company and master-planner. LPA has worked with Irvine Company on multiple projects including as executive architect for office developments Santa Clara Gateway and Santa Clara Square, where it worked alongside New York-based Pei Cobb Freed & Partners Architects LLP on the projects.

“It’s a great resource not only for ourselves but for our leasing team and tenants,” said Banzhaf. “It’s a lot easier to meet somebody face-to-face.”

McClintock also acknowledged that downtown San Jose made financial sense. Its 18 percent vacancy rate is still the highest of any downtown from there to San Francisco, event though the rate fell a percentage point and a half in the previous year. That means cheaper rent. But that cheaper rent was offset by other expenses such as parking, which would be free in suburban spaces.

“We are getting the boom,” said Ritchie. “It’s getting here.”

“As you’d expect with an urban center, creative service agencies want to be in the center of things next to the amenities of downtown and around other creative people,” said Scott Knies, executive director of the San Jose Downtown Association.

LPA plans to grow its local staff from 10 to 30 as its Bay Area presence expands. 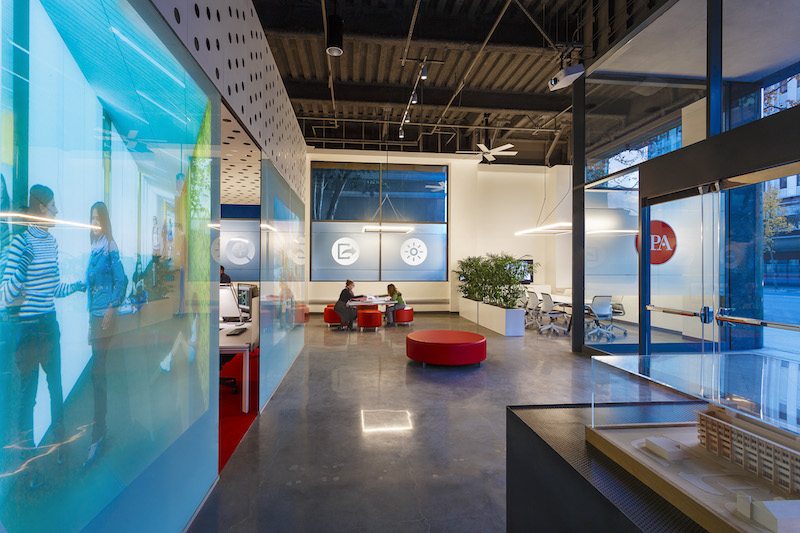