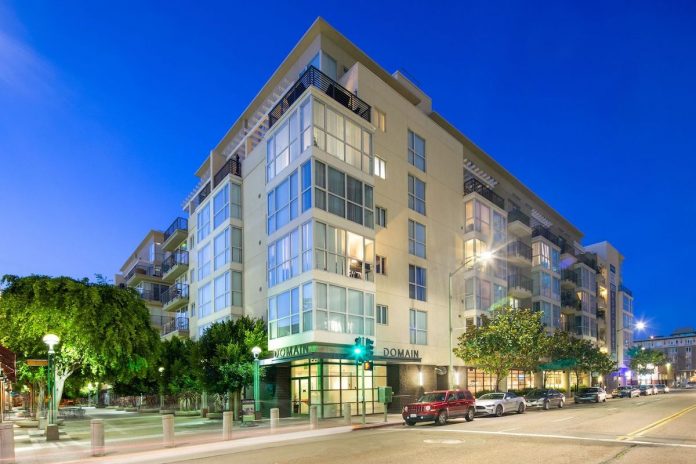 Chicago-based Magnolia Capital has acquired the 264-unit Domain apartment complex in Oakland for $140 million, or $530,000 per unit, according to public documents filed with the county.

The buyer, a national investor in apartment developments, did not respond to phone calls seeking comment for this story, but sources stated that this transaction will be the first acquisition that Magnolia Capital has completed in the San Francisco Bay Area.

The seller of the property was Land and Houses USA, a Morgan Hill-based entity associated with a Thailand real estate investment company. They were represented in the sale of the complex by Institutional Property Advisors through the Palo Alto-based Jones-Saglimbeni Group.

“The sale of this property attracted a great deal of interest. We toured the property 30 times, and we ended up getting multiple offers for the complex. The kinds of buyers that were interested in the property included pension funds and pension fund managers,” says Phil Saglimbeni, senior managing director of investments for IPA. He was the lead person on the transaction.

The level of interest for property reflected the fact that this asset is considered to be a core plus investment with some financial up-side, as well. “This complex has very strong current income, as the asset has a current occupancy in the mid 90-percent range. There also will be a chance to add some additional value through the renovation of the interior of the units,” said Saglimbeni.

According to public documents, the new owner also secured a 10-year loan on the asset in the amount of $83.3 million, which matures in June of 2028. This loan was provided by CBRE Capital Markets.

The Domain is a 2009 vintage apartment complex. All of the units in the asset are market rate units. The complex is located at 1389 Jefferson Street right across the street from the Oakland City Center complex and one block away from the Oakland City Hall. Its residents have a three-minute walk to the 12th Street City Center BART station, which is a valuable amenity for any housing complex in the region. This will allow tenants in the building to be in the financial district of San Francisco virtually within 12 minutes.

Magnolia Capital is known as a national player in investing in apartment complexes. According to its web site, the company has a current portfolio of properties located in Colorado, Chicago, Texas, Georgia and North Carolina.