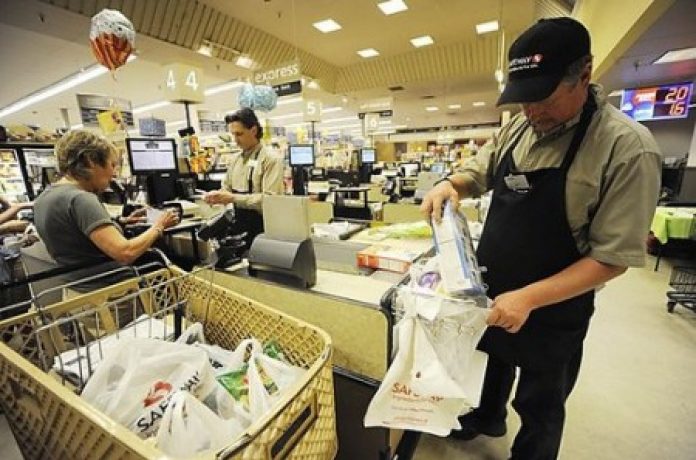 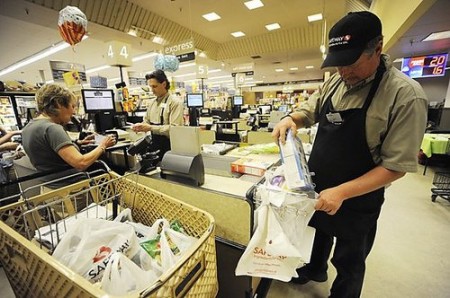 A lender on one of our projects wrote last week, demanding we post an $800,000 letter of credit to further secure its loan because the credit rating of our principal tenant—Safeway—had fallen to near junk bond status. This ratings plunge happened the Wall Street way: A private equity firm, Cerberus Capital, had purchased Safeway with a ton of borrowed money, taken it private and merged it with its other hostage supermarket chain, Albertsons. Cerberus’s game plan is as simple as a shark’s diet: Sell off the office buildings and distribution centers made superfluous by the merger, shut the marginal stores and boot thousands of redundant employees; once the sales are banked, the costs slashed and the bottom line rosier, take Safeway public again and pocket billions. When this game of loans is over, a couple billionaires will be congratulating one another at their club, thousands will be seeking jobs and your local Safeway will be a little worse for the wear.

It was ever thus on Wall Street. Rather than with new products, private equity often makes money by creating efficiency, by delivering the same goods for less cost—basically, by eliminating jobs.

Merging companies in order to create economies of scale is one way to shred jobs on a heroic scale; Silicon Valley has another. While economists debate into the night whether technology creates as many jobs as it destroys, people who actually work for a living—say travel agents, book sellers, bank tellers, secretaries, clerks, manufacturing and textile workers—have their answer. When it isn’t conceiving products we had no idea we couldn’t live without, Silicon Valley is about efficiency, about eliminating entire career categories with so many lines of code.

The irony is that once the equity and tech titans have made their billions by consigning formerly inefficient workers to productive positions at McDonald’s, many of them donate staggering sums to the most inefficient industry in America—the non-profit world.

According to GuideStar, more than 1,800,000 charities and non-profits have registered for tax-exempt status with the IRS. Collectively, non-profits and charities are the third largest industry in America, behind only manufacturing and retail, accounting for 9.2 percent of all wages and salaries in the country. Even though we have fewer than 300 cities with populations over 100,000, we have 35,920 separate charities devoted to housing the poor.

Each of the charities registered with the IRS likely has its own executive director, its own staff and, if it has any size at all, its own fundraising personnel. And an average charitable board of directors has 16 members.

About the same time we received the notification that we were collateral damage in Cerberus’s march to the sea, a local charity’s annual report arrived in the mail. Devoted to hospice care, the charity reported income of about $14 million, a staff of slightly over 100, a board of directors of 15 and nearly 11,000 hours of volunteer time. And with these resources, it was proud to report treating somewhat more than 1,000 patients during the year.

Another charity’s year-end report landed about the same time. Dedicated to low-income housing, this non-profit described its portfolio as 330 apartments spread across 20 buildings. And a full-time staff of 30.

It’s possible that those conversant with the hospice care business will deem the caring for 1,000 patients with a staff of 100 and untold volunteers to be an efficient ratio. But to the uninformed, that’s a mere 10 patients per employee per year. On the other hand, those intimate with the apartment business know that a typical landlord could run 330 units from his beach house with just a secretary and a handyman. (In fairness to the charity, it should be noted that most of its staffers are engaged in services typical landlords would never dream of: job and substance abuse counseling for their residents and so on.)

Even if Cerberus were to conclude that the other 35,919 charities devoted to housing the poor were far more efficient than this one, it would still—if there were a billion to be made—seize upon the opportunity of consolidating them all, dreaming of the millions to be saved if there were a single executive director and headquarters instead of 35,920.

But therein lies the beauty of the non-profit world. Because the best charities—and the best charitable work—are intensely local, they are a bulwark against the ravages of efficiency. Aided by knowledgeable donors who insist upon touching where their money went, small charities are resistant to the consolidations that feed off the profit world. While the Street and the Valley slowly disembowel the middle class in the name of progress, charities and non-profits employ more than ten million people and provide millions more the joy of volunteering for a good cause.

If you happen to have a day so slow you actually study a charity’s annual report and are mildly troubled by the employee count, ask yourself this: In a world of evaporating livable jobs, what’s so terrible about a little inefficiency?