A “bust out” is a fraud tactic, commonly used in the organized crime world, wherein a business’ assets and lines of credit are exploited and exhausted to the point of bankruptcy. Wikipedia

Bleeding badly, Debenhams, a 200 year old British department store chain, died last week. The coroner trotted out the usual suspects — the internet, the oversupply of retail, rising rents, tighter margins and, at the end of the dreary line-up, private equity. As it happens, Debenhams had been purchased by a private equity consortium led by Texas Pacific Group (TPG) in 2003. That group paid £1.8 billion for the company, using £600 million in equity and £1.2 billion in debt it forced Debenhams to assume. The private equiteers promptly began selling off assets, dramatically cutting costs (store refurbishments dropped 77 percent) and awarding themselves large dividends for their efforts. And, no surprise, consumers lost interest in the fraying stores.

Since I first wrote about private equity’s looting and ultimate devastation of Mervyn’s (“On Private Equity and Real Estate” September 2012), retailer after retailer has been similarly gutted. Payless Shoes, Toys ‘R’ Us, PetSmart, Gymboree, Sears, Mattress Firm and Radio Shack — all companies owned by private equity — have since filed Chapter 11. In fact, Debtwire, a financial news service, calculates that about forty percent of all US retail bankruptcies in the last three years were private equity backed.

How do the private equiteers do it? Simple, the leveraged buyout. The LBO is the financial world’s pick and roll, that is, a highly effective play that is difficult to counter, especially if the PE firm takes the prudent first step of bribing its intended victim’s CEO into going along with their acquisition. In short, the PE firm pays top dollar for a given retailer, often even overpaying, but using as little equity and as much debt as it possibly can. It then improves the company’s profitability by cost-cutting beyond prudence and, as with Debenhams, says, “What a good boy am I,” rewarding itself with a major dividend, often recovering not only its entire initial investment, but a substantial profit to boot. A PE firm may be in good faith, it may actually use its best efforts — to be fair, equiteers sometimes succeed with their retail acquisitions — but even under the best of circumstances, retail is a difficult business, the threats from e-commerce, changing tastes and ever more nimble competitors are all too real. Here’s the PE challenge: If you’ve already got your investment plus a fat profit out of a company, how hard are you going to continue to work on bailing it out, especially when you’ve crushed its bottom line beneath a wrecking ball of expensive debt?

Is this legal? It shouldn’t be. Is this moral? You don’t have to ask. Is this perpetrated by a single bad guy? Does private equity have its own Vladimir Putin? No. The industry is more like Ali Baba and the Forty Thieves; everyone gets in on the action. In fact, it’s hard to think of a private equity firm that hasn’t dipped its toe in this cesspool. With apologies to those firms unintentionally left out, the players read like a who’s who of the PE industry: Bain Capital Partners, Blum Capital Partners, Cerberus Capital Management, (when a company names itself after the three-headed dog that keeps lost souls in Hell from escaping, you just might intuit a certain moral ambiguity), Golden Gate Capital, Kohlberg Kravis Roberts, Lone Star Global Acquisitions, Sun Capital Partners, Sycamore Partners, TPG and Vornado Realty Trust. The list goes on, but you get the point. And yes, Bain was Mitt Romney’s firm, but please remember that Richard Blum, husband of Senator Dianne Feinstein, is the principal of his eponymous firm. This isn’t about politics, just money.

Since private equity’s insidious effect on retail has been written about (to no apparent effect) as much as the President’s peccadilloes, it may be time to try a different tack. If a picture is worth a thousand words, an hour-long episode of the Sopranos is good for an encyclopedia on the topic of destroying retailers. In “Bust Out” (season 2, episode 10), Davey Scatino, an old boyhood friend of Tony’s, borrows money from the gangster to pay back gambling losses. Unable to repay his debt, Davey watches helplessly as Tony and Richie Aprile take over his sporting goods store. Knowing they will never pay another bill, the mobsters order ten times the store’s normal inventory, sell it all at a discount for cash, pocket the proceeds, destroying first Davey’s credit, forcing him into bankruptcy, then his life.

If Tony and Richie had prep school accents and minions in suits to bust out Davey’s business, you would be hard-pressed indeed to differentiate the mafia from the world of private equity. 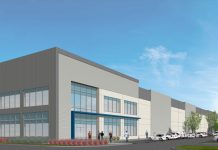 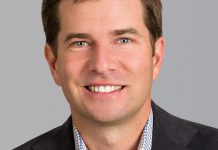 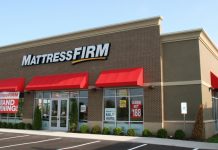 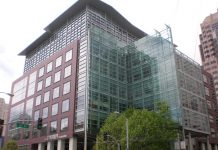 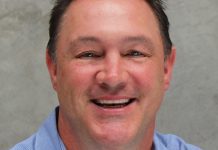