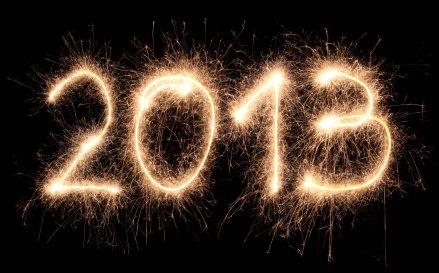 Just as there are few atheists in foxholes, true pessimists are rare among developers. A portrait of a famous developer next to the phrase “irrational exuberance” in the dictionary would surprise no one. Given that this is a developer-written column, bear this in mind when considering the following observations.

As of this date (Dec. 29) it appears the U.S. Senate will author a solution for the worst aspects of the federal government’s current financial impasse—namely, limiting tax increases to incomes above $400,000 and extending unemployment benefits. While much would remain to be resolved, especially as to protecting the middle class, your correspondent is certain that both sides will at last rise to the occasion. (If you have any desire to gain your own sense of optimism, you might read David Brooks’ Nov. 22 column on Abraham Lincoln in The New York Times. In it, Mr. Brooks points out the great good that politicians can accomplish (however rarely) through the low and vile political process.)

Even if aspects of the fiscal impasse were to remain unresolved, California—the most vibrant and resilient state in the country—will not cinematically sail off a fiscal cliff. At worst, we will slowly wind our way down a fiscal handicap ramp. The Bay Area unemployment rate is 6.5 percent, compared to 7.9 percent nationwide. KCBS reported today that Silicon Valley companies created more than a fifth of the nation’s new jobs. When Hurricane Sandy was pounding the East Coast like a steel drum, someone pointed out that if the Pilgrims had landed in California, the rest of the country would still be a forest.

Even the Chickens Little admit halfway through their doom scenarios that the fiscal crisis is more of a hill than a cliff and that they really have no idea what it means for 2013. The only certainty in this mess is, just like Y2K, nothing will happen on Jan. 1. No one will be instantly out of a job, and it will take several months for the higher tax rates to kick in—more than enough time for our politicians to rise to the occasion.

If they don’t, the fiscal effects on California would be painful, particularly to the middle class, but not fatal. The most appalling of the alarmists predict a loss to California of no more than 200,000 jobs. That’s a lot—particularly if yours is one of them—but California has an employment base of 20 million people, meaning that 200,000 are just 1 percent of our total jobs. If we were to lose all of those, our unemployment rate would rise from 10.2 percent to 11.2 percent—painful, but still significantly better than it was a year ago when unemployment stood at 11.7 percent.

And how likely is it the doomers are accurate?

California has a $1.9 trillion dollar economy—the eighth largest in the world. Putting aside Solyndra and its ilk, our job creation doesn’t come from government handouts. Our employment growth is spawned by the brightest people on the planet, the kids who descend upon Stanford, Cal and UCSF from all over the world and dream up new companies while they’re supposed to be taking notes in Anthro 101.

And finally, no, the rich guys aren’t going anywhere if their tax rates revert to Clintonian levels. They’re not going to sulk on their yachts off St. Barts because of a tax hike, not for long anyway. Really rich guys aren’t in it for the money; they’re in it because doing deals is a lot of fun. They want to see their pictures in the newspaper (instead of those of wildly pessimistic economists), and they want to be profiled in Forbes and to impress their buddies at Augusta and the Big Island with tales of their latest financial swashbuckling.

Consider this: if, magically, baseball had to be affordable to all and players could make no more than say $35,000 a year—the same as they would earn at Safeway—how many would quit to start bagging groceries? Not a single one. The same is true with rich guys—just as it was in the ’60s and ’70s when tax rates were nearly double what the Democrats are now proposing, the rich guys will still be lining up six-deep to do deals. (Whether the government will collect any more tax revenue is a different story—there’s a reason these guys are rich).