Solar power and fishing share the same sparkle: Like fish in the sea, sunlight is free. But just as a handful of “free” salmon caught outside the Golden Gate might easily cost $200 a fish to actually catch, converting sunlight to power remains about as economic as fishing from an aircraft carrier. 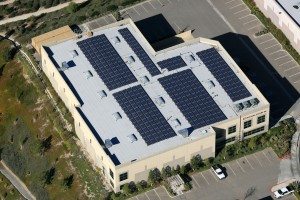 We just concluded our first year of operating a solar-energy system—a rooftop array of photovoltaic cells—on a mixed-use project in Palo Alto. Either we bought the worst lemon since God created fruit or, contrary to green gospel, solar systems are not paying off like broken slot machines.

We have been assured our system is running properly and that it hasn’t been a particularly cloudy year in Palo Alto. The system is presumably operating at peak efficiency, though, more like tennis players than wine, solar systems don’t improve with age.

The solar company that fabricated and installed our system estimated we would save $6,571 in annual electricity costs. This estimate proved 56 percent higher than our actual experience. The company prepared a spreadsheet that sets forth our estimated return on its system over the next 30 years. Much as developers project highly rosy—and even more highly suspect—future profits by forecasting robust rent increases, this spreadsheet assumes energy costs will rise 5 percent a year over the next 30 years. This assumption does create a decent long-term return, but ignores the likelihood that if energy costs quadruple, so will inflation and thus our repayment would be in dollars worth a fourth as much, wiping out any real return.

Third-party reliable numbers on solar-power economics are about as easy to track as a snow leopard. If one ignores the solar companies themselves for fear of bias and instead focuses on papers published by nonprofits, the numbers are still singularly unhelpful, hidden in a thicket of obscure math and wishful thinking.

The first obstacle one encounters in this quest is that short of a degree in electrical engineering, the assumptions, jargon and methodology used to explain solar financial returns are, simply put, beyond understanding.

More importantly, the research appears to be written by true believers. In the long run, it is not the con artist who does one the most damage—the reasonably bright man or woman sees through him in a single meeting. It is instead the true believer who, absolutely persuaded himself, will convince you to invest in his played-out gold mine or his almost-free energy system. The Clean Energy Group, a nonprofit advocate, says on its Web site, “Several studies have shown that the average re-sale value is increased for properties with renewable energy systems. There can be as much as a $20 increase in property value for every $1 of annual energy cost reduction realized from renewable energy systems.”