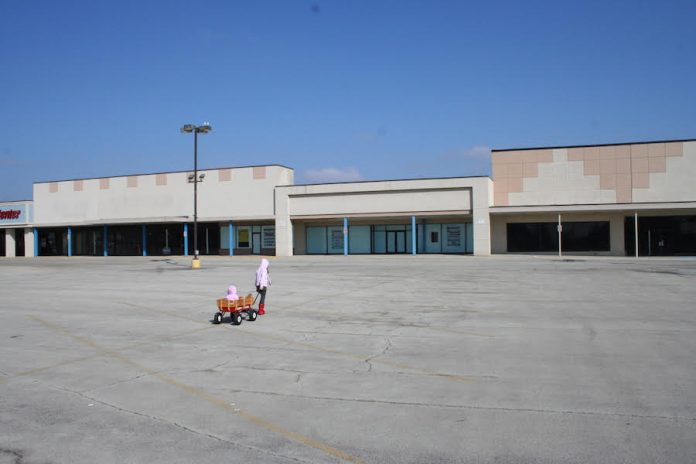 “The fault, dear Brutus, is not in our stars, but in ourselves…” Julius Caesar

[dropcap]A[/dropcap]s it happens, Shakespeare was writing about retail in America today when he penned those memorable lines in 1599. Our woes stem not from the internet, but from our building permits. Forbes notes that, “Since 1995, the number of shopping centers in the U.S. has grown by more than 23 percent and the total gross leasable area by almost 30 percent, while the population has grown by less than 14 percent.”

In short, retail is overbuilt. But not quite everywhere. This is where the old saw about real estate being the most local of endeavors cuts sharp. While the recession is a fraying memory for the country as a whole, five states—Arizona, Connecticut, Mississippi, Nevada and Wyoming—have yet to hit their pre-recession GDP levels and, according to Bloomberg, eight are below their former employment peaks and fifteen have yet to scale their former housing heights.

Where is it hot? The usual suspects: where land is scarce, zoning hard and everyone wants to live. Basically, ocean-view cities.

But back to the losers. Citing CoStar Group, Inc.’s research, Bloomberg picks on poor Cleveland to demonstrate how wildly developers have been over-building. 21 million feet of new retail in Northeast Ohio have been thrown up since 2000, while buying power—a jobs/income formula—declined by 26 percent. This is among the quickest expressways to the bankruptcy court.

You don’t need me to tell you any of this. That retail is overbuilt is obvious to anyone who has ever driven twenty miles in any direction in America. Less obvious is the why of over-building. This is worth considering.

Putting aside a crude joke about dogs that illustrates the point perfectly, developers build in sagging areas because they can. That is, away from the coasts, all towns great and small are begging for development, for investment in their communities. We approached one town on the knife-edge of nowhere and inquired as to whether we could build a supermarket. “When can you start construction?” came the official response and permits were issued forthwith. We built the market almost overnight, put it up for sale and six months later without a single offer we were reminded of the downside of ignoring location.

To borrow from a little-known primer on development, Making it in Real Estate, “…But if what you [develop] doesn’t matter that much, where you do it is huge…I’d rather be a mediocre developer in a brilliant city, than a brilliant developer in Lancaster, California. My advice? If you’re stuck in my hometown or any other city with Lancaster’s dim prospects, move.”

Upon reflection, several other reasons for mis-developing come to mind. The first applies to that class of developers known as merchant builders, the second is more applicable to the naïve, young or amateur developers and the third to the retailers themselves.

Merchant builders are those who build to sell, those who get in and out of a project as swiftly as possible, often using other people’s money to do so. If the merchants are large enough, they avail themselves of the public markets and use their stockholders’ equity. If not, they tend to be funded by aggressive “hot money” sources that want out of deals even faster than the merchants themselves. Thus, merchants will build in Northeast Ohio or Lancaster—ok, maybe not Lancaster—if they can simply convince themselves that someone will buy their project on completion. Their bar is practically on the ground: Will their project hold up for 18 months? With such a stunted horizon, merchants care little about an area’s longer-term prospects or whether they might be adding kindling to retail that’s already ablaze.

The inexperienced may build in the wrong places for less cynical reasons but ultimately to the same effect. How many times have you heard a homeowner airily dismiss comparable sales that undercut his view of his own home’s value? “Yes, but mine has a hot tub.” Or some such. Just as the homeowner blinds himself to the reality that, on average, houses sell at a surprisingly efficient price per foot, naïve or amateur developers tell themselves that, yes, the market may be over-built, but their project’s amenities are unique (they’re not), their line-up of tenants is special (it’s not) and that, whatever slings and arrows may befall them, their project will thrive (it won’t).

And, finally, the retailers, the spark atop all of that kindling the developers are busy erecting. Enslaved to Wall Street, the majority of retailers must grow or die. It’s that simple. The moment a company’s growth falters, the private equity guys turn off the lights and unsheathe their blades. The company will be bought (stolen may be the more accurate verb), the CEO and his cronies will lose their jobs, and the real estate managers will wave aloha to their bonuses. To avoid this fate, all too many retailers force their growth into saturated areas like Northeast Ohio or where they should never have been in the first place.

Groucho Marx famously remarked he would refuse to join a club that would have him as a member. If you’re thinking of developing in an area that has scant prospects for growth, you might ignore the charming surface contradiction of Groucho’s comment and ponder his underlying point.