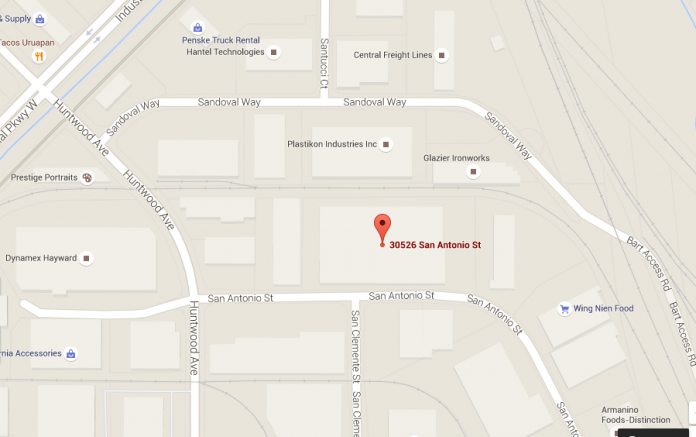 New York City-based Morgan Stanley Real Estate and San Francisco-based Lift Partners have come together to acquire a 148,935 square foot warehouse/distribution industrial building in Hayward located at 30526 San Antonio Street in Hayward for $15 million, according to sources familiar with the transaction.

Prior to the sale of the property, the asset was 100 percent vacant. “During the escrow period on the transaction there was a lease signed for this property,” says Patrick Fisher, a principal and co-founder of Lift Partners. He declined to comment on the purchase price of the property or the lease on the asset. This was due to a non-disclosure agreement the buyer had signed with the seller, San Francisco-based Prologis.

[contextly_sidebar id=”Yh5MldMEwds0tkage1t0y2VaJ7ngwVEf”]The lease for the property was signed with Rapid Displays, a major player in the retail merchandising display solutions. It moved into the property when the sale transaction was completed at the end of February. The Oakland office of Colliers International represented the tenant in the transaction. Those involved from Colliers were Greig Lagomarsino, executive vice president, and Nick Ousman, vice president.

The warehouse/distribution property will have a small amount of office space. The land for the single building covers six acres.

Lift Partners as a company was formed in January of last year. This is the first transaction the company has completed with Morgan Stanley. One of its principals and co-founders is Chris Freise. He had done transactions in the past with Morgan Stanley when he worked for LBA Realty. At that company, he was a transactions director on an 11 million square foot portfolio in Northern California that included acquisitions, development, leasing and dispositions.

Morgan Stanley declined to comment when contacted for this story. Lift Partners is looking to grow its portfolio with investments in both office buildings and industrial properties. According to its Web site, the company seeks value-add kind of transactions. It seeks transactions in a variety of markets like the San Francisco Bay Area, Seattle and Southern California.

The Oakland office of Cushman & Wakefield represented both the buyer and the seller of the property Hayward. “Never before in my 32 years in the real estate business was there a lease signed in the escrow period. Morgan Stanley was prepared to buy the property whether or not there was a tenant in the building,” says Jay Hagglund, executive managing director with Cushman & Wakefield. His company also represented the new owner on the lease of the property.

The asset was one of the properties that Prologis had acquired as part of its acquisition last year of KTR Capital Partners. The asset is located in a very tight industrial market. There is a vacancy of 1.9 percent for industrial space in the 880 Corridor, as of the end of 2015. The property in Hayward has around 6,000 square feet of office space and the balance is considered to be warehouse/manufacturing.