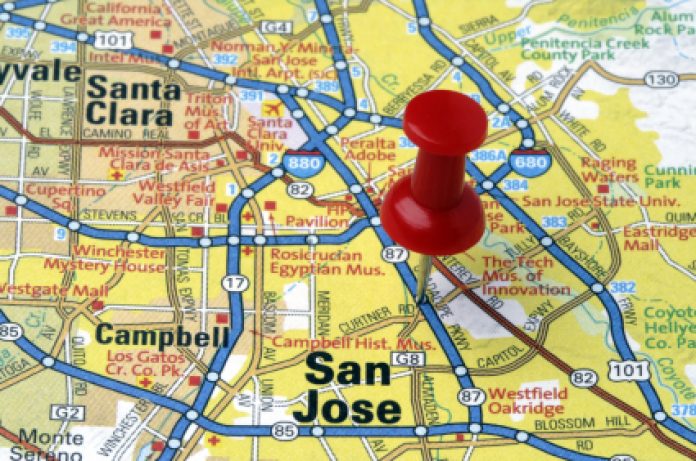 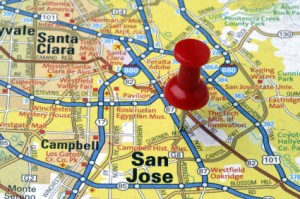 San Jose-based Barry Swenson Builder launched plans for the Century Center Towers in 2007, but the project was stalled during the recession. The company since then redesigned the property and made it more efficient, said Case Swenson, president of the real estate development and construction firm. The steel-and-glass high-rise project, located on 2.4 acres at North First Street and Century Center Court, is now being built for just 10 percent more than a low-rise podium project. Typically, the cost would be 25 percent more, Swenson said.

“That’s quite a feat,” he said. “It really makes a difference in whether [a project] can be financeable.” Cost savings came from structural and interior improvements. Market and design changes helped draw Essex as a financing partner in a 50/50 joint venture, Swenson said. Upon completion of the project, Barry Swenson Builder will be the general contractor and Palo Alto-based Essex will be the operating partner. Essex’s Executive Vice President of Development John Eudy was not available for comment by press time.

Barry Swenson Builder is confident that employment growth in the area will drive demand for housing in North San Jose, Swenson said.

Century Center will comprise two Class-A buildings featuring studios, one-, two- and three-bedroom units along with underground parking. The company expects to attract a variety of residents, including local engineers. The property also benefits from its close proximity to the San Jose airport, Swenson added.

Amenities will include a workout room, two community rooms, a 12th-floor community deck and a third-floor dog park. The project will be one of the tallest projects in the area and will feature abundant windows allowing for natural light and 360-degree views of the city, Swenson said.

Construction on the project began this month, with completion expected in early 2017.

Vision North San Jose, formed in 2008, allows for 32,000 residential units in four phases. The city is in the first phase, which allocates 8,000 residential units and 7 million square feet of industrial space. After the Century Center project, there will be just 60 more units allowed under the plan, according to Jason Rogers, division manager of planning, building and code enforcement in the city’s Planning Division.

Until the 7 million square feet of industrial/office space has received building permits, the city will not release additional residential units to the market. It could be five to 10 years before more residential units are permitted, depending on the office and industrial markets, Rogers said.

Vision North San Jose was born out of a need to create more density in the district, but development was limited in part due to flooding issues from two local creeks, which have since been resolved, and traffic concerns, said Harry Freitas, director of planning, building and code enforcement for the City of San Jose. City planners aim for North San Jose to offer heavy and light industrial uses, mid-rise office development and primarily rental housing targeting area workers, according to a 2012 city development policy.

Century Center bulks up Essex’s portfolio in the area. The company, which purchased San Francisco-based BRE Properties Inc. earlier this year, is one of the region’s largest multifamily real estate investment trusts. It owns more than 16,000 units in the Bay Area, including the 289-unit Epic apartment building in North San Jose. Essex also this month spent $150 million to purchase a 366-unit apartment property in Milpitas, located about one mile north of North San Jose.

While Rogers said San Jose’s planning department does not have plans to revise Vision North San Jose, Swenson is hoping it will be changed so that developers can help create a “village atmosphere” in the district where people are living and working. “Seven million square feet is an awful lot of office space,” he said. “It will take five or 10 years. So we hope they allow more housing there in the near future.”