“San Francisco now only seems to support your dreams if you dream in code.”

[dropcap]I[/dropcap]n March I had coffee with a San Francisco Planning Commissioner who preferred to remain anonymous. He is a 25-year San Franciscan and a homeowner. Our conversation turned to the conflict between preserving neighborhood character and building to accommodate population growth.

“Ok, build 100,000 units, but where?”
“Anywhere. Everywhere they are proposed. Whatever can be financed.”
“Ok, build, build, build, but that’s really not good. Toronto did that, and now their quality of life is ruined.”
“Toronto? Toronto has a reputation as a very nice city. It’s ruined? How many people live there?”
“uh …” [it’s 2.5 million] “Do they have a problem with high vacancy rates? A lot of empty housing units? Falling population to evidence a low quality of life?”
“Well no they have immigrants coming in all the time.”
“Oh, so people are moving there, that must mean their quality of life is better in Toronto than it was where they came from.”
“Well, yeah, where they lived before they were persecuted, or at an economic disadvantage, but, you’re missing the point, it’s about quality of life.”
…

I realized for a San Francisco home owner, the concerns of renters are theoretical. For people who already have housing security, the conflict raised by development is between the visceral, lived experience of their cute neighborhoods, on the one hand, vs. their empathetic imaginings of housing insecurity and unaffordable rent, on the other hand. It is very normal for people to make up their minds on issues based on their lived experiences. I shouldn’t be surprised to find a homeowner favoring his neighborhood’s status quo.

Later in the day I looked up rents in Toronto. I read that San Francisco is 149 percent more expensive than Toronto, and browsing craigslist made Toronto look even cheaper. I couldn’t resist emailing the commissioner, “Your comments about quality of life and Toronto reinforce my suspicion that “quality of life” and “neighborhood character” are enemies of elasticity and therefore affordability. Rent in San Francisco is 150 percent of rent in Toronto. A 30 percent rent decrease would add quality to a lot of people’s lives.” His response:

Housing people is not just about price, which is where we mainly differ. If you take that argument to the extreme, we should be building warehouses for people in San Francisco like they have in Tokyo in some areas for travelers. We could build everybody who wants to live here one of those quickly and cheaply, but how many people do you think (yourself included) would want to live like that?

It’s not just about cost of housing in my philosophy or many of my fellow San Franciscans (both renters and property owners). I feel that it is too simple an argument to make. It’s about what life feels like here as well that also matters.

What does “life feel like here?” For renters—people who couldn’t buy houses in 1990—what is our experience of that carefully preserved San Francisco character? 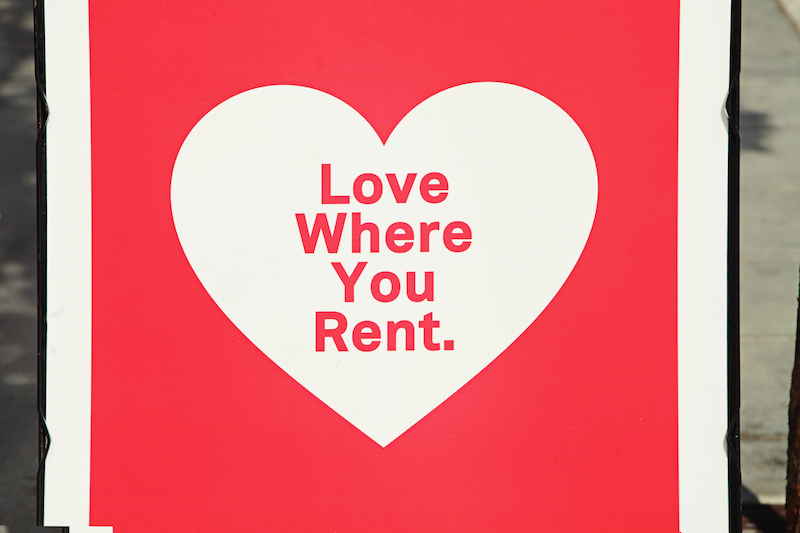 Earlier in March The Bold Italic, an online magazine and events organization that works to advance San Francisco’s artistic spirit, published an essay by local writer and TV personality Broke Ass Stuart titled: San Francisco is Slowly Shifting Away From Being Our Neverland, answering that question:

I am terrified of being evicted. …if I lose my rent control, I pretty much have to move out of the city… I have always been a motherfucking hustler, but right now I’m hustling harder than I’ve ever had to in my life. The fear of losing my apartment and the torment of having been so successful artistically yet so broke, is pushing me to work 12-hour days most weeks. …faced with the reality that San Francisco now only seems to support your dreams if you dream in code, I’m grinding doubly hard, trying to make my projects profitable instead of just cool. Because I’m not ready to leave.

The commissioner asked, “We could build everybody who wants to live here one of those quickly and cheaply, but how many people do you think (yourself included) would want to live like that?”

Live with housing security? A rent rate that lets people work ordinary 40-hour work weeks? Rent levels that let me save money, plan for the future, protect myself from illness and one day maybe retire? Rent levels that allow me to have neighbors who can afford to pursue interesting, but not particularly lucrative projects?

How many people want to live like that? Millions of people, I promise you, myself included.

Sonja Trauss is the founder of SF Bay Area Renters’ Federation. SFBARF are people who believe San Francisco’s housing crisis can be mitigated by increasing the housing supply. The group organizes renters to testify in favor of new building projects at neighborhood meetings and hearings. She will be participating at The Registry’s Housing the Dream event on June 4th in San Francisco.