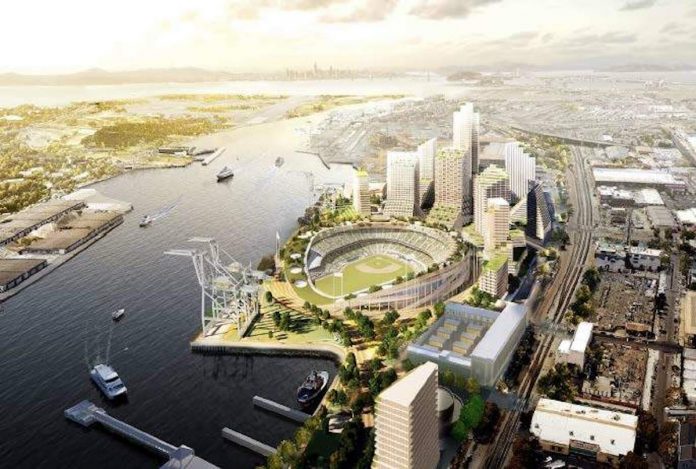 “Over the past two and a half years, the project has been evolving, some ways big and some ways smaller…It’s important that it’s cohesive, there’s a language there that allows it to read as a unified, cohesive whole, that it’s intuitive and comprehensible to find your way to encounter all the spaces we’ve been dreaming and building we’ve planned,” Kennedy said.

With the project located along the bayfront, the development team noted the importance of connecting guests to the waterfront views. Since early designs, the team noted new plans to flip the stadium so as to provide a clear view, while also adding additional frontage to allow passersby to peer into the stadium on game days.

Additionally, plans aim to include the public through better connectivity and circulation. With a large amount of pedestrian and vehicle traffic, the team shared plans to implement a continuous trail with connections along Martin Luther King Junior Way and Market Street. Starting at Jack London, the passage would weave through the development while also providing a continuous trail along the waterfront.

“The framework has been designed around the icon of Oakland, the oak, the branches and the connections, and we used that as a metaphor for how we think of circulation in the pedestrian realm, making sure its continuously connective and universally accessible and its very intuitive in how to move and navigate around the space from one destination to the next,” Kennedy said.

Greater connectivity and less stress on the public is also provided through an underground network which will service ball players but allow the public to enjoy outdoor space above ground. With more than 18 acres of open space, the development will include plazas, recreational areas and a rooftop ballpark with stair and elevator access.

“This is meant to be a really dramatic way to experience the ball game for families and everyone looking for a view of the bay and all the surroundings, but on nongame days it also serves as a public park with public access,” Kennedy said. “The key idea here is we’re trying to minimize the conflicts with all the servicing that goes on with ballparks to really make sure the public realm and the experience with the new district, with the new waterfront is really celebrated and heightened and views like his are now elevated above the waterfront can be achieved.”

Upon hearing the design plans as well as commentary from the public, staff provided the team with feedback, citing a need for more specific details throughout the plan. Specifically, concerns were addressed regarding the lack of information on park amenities and landscaping and how increased traffic on game days would impact them. Additionally, commissioners asked for clarity on waterfront trail sizes and how they would match currently existing pathways.

Further, commissioners addressed concerns regarding the heights of the proposed development. With many buildings proposed at the site that would rival some of the tallest in downtown Oakland; some buildings could top 600 feet. Instead, commissioners suggested more slender, uniform towers to reduce massing as well as to not block the bayfront views.

“I’m not opposed to height in general, but competing with the tallest buildings downtown doesn’t feel quite right to me, so I think we need to establish tower design guidelines similar to what we’ve done downtown, related to middle, the base and the crowns, on some level in order to give some guidance on how we want these buildings to look,” Oakland Planning Commissioner Jonathan Fearn said.

Since first developing the plans for the project in 2018, the project has been met with some additional setbacks, including a nearly year-long lawsuit that was ultimately dismissed in February. The lawsuit was filed in March of 2020 by the Port of Oakland stakeholders Pacific Merchant Shipping Association, the Harbor Trucking Association, the California Trucking Association and Schnitzer Steel Industries, Inc, and alleged the new stadium did not meet minimum qualifications to be considered under California AB 734.

Despite the challenges, The Oakland A’s has been trying to expedite the process as the deadline to complete the project approaches. Currently based at the Oakland Coliseum, the A’s lease is set to expire in 2024.

“None of us want to be an impediment to the process here. We are a recommending body in this case both through DRC to the planning commission but we do want all the issues laid out on the table so we understand the trade offs or the accommodations we’re making with regard to the variety of things that are there,” Jeffrey Matis, chair of the Oakland Planning Commission, said.

In not wanting to impede on further planning, the board moved the project through, stipulating the concerns addressed in the report were addressed. In conjunction with design plans, a draft Environmental Impact Report was published on February 26, with the comment period ending on April 27, 2021. Currently, the EIR is being reviewed by staff in preparation for a final report.

“We’re grateful for the feedback; we’re taking this effort very seriously. We want to get it right. We want it to be a loved place. Projects like this are challenging in any case let alone with the uniqueness of a ballpark; so we are trying to thread the needle and build the right character and feel and diversity of attractions that make this something that all Oaklanders and folks from the region want to experience,” Kennedy said. 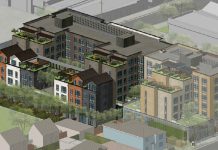 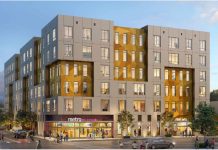 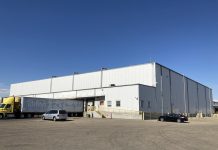 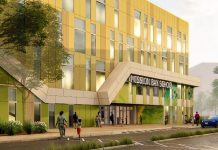 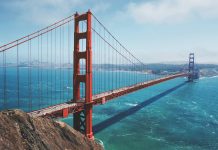 Prologis to Combine with Duke Realty in $26B All-Stock Transaction 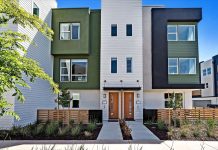