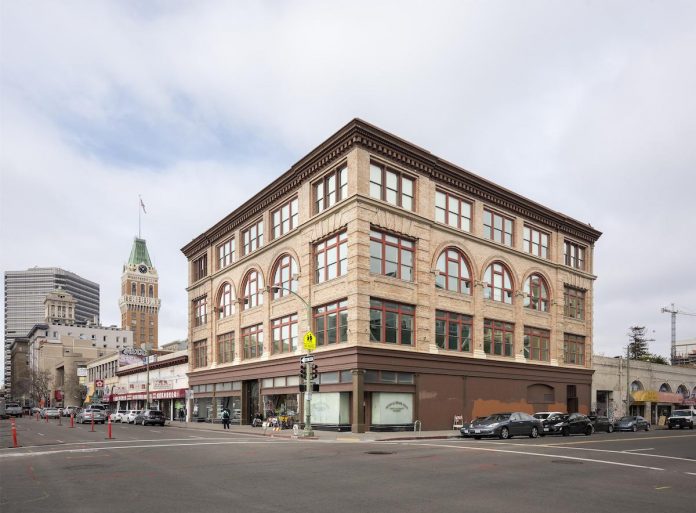 Oakland has experienced a renaissance of its own over the past couple of years, thanks to more affordable office leasing rates and better value-add opportunities for investors. One of the city’s creative office buildings, 304 12th Street, has recently been listed by Holliday Fenoglio Fowler (HFF) for sale on behalf of San Francisco-based Tidewater Capital. The 36,633 square foot building, originally built in 1904, is in the heart of downtown Oakland, which has quickly emerged as one of the region’s top office markets. Tidewater had owned the property since June of 2018, when it paid $11.5 million, or just under $314 per square foot.

While marketing materials distributed by HFF do not disclose the guidance pricing for the property, they do outline the property’s strong fundamentals. 304 12th Street was most recently renovated in 2000, and its office suites feature open floor plans, exposed brick and timber and ample natural light. The building includes four floors plus a basement and is 90 percent leased. About a third of the property’s current leases will expire in between one to three years, with the average weighted lease term 5.6 years, and 17 percent of the leases are currently below market rent. This provides a value-add opportunity for the future ownership. Some of 304 12th Street’s tenants include Luckyduck, a local Oakland-based coffee and bike shop, as well as a new yoga studio.

Part of the reason that so many companies have been drawn to Oakland in recent years is because of the city’s discounted rents. According to HFF, Class A rental rates in Oakland stand at a 38 percent discount compared to San Francisco, whose high prices and lack of large block space continue to push tenants both south and east. HFF expects, however, that pricing to continue to increase as the Oakland submarket becomes tighter.

Over the past five years, the Oakland office market has experienced a compound annual rental growth rate of 12.7 percent. Vacancy for Class A property hovers at around 3.7 percent, although conditions are expected to tighten, since there is currently 1.1 million square feet of active tenant requirements in the city. In comparison, HFF states that there is approximately 171,000 square feet of office space available.

The property’s future owner will also benefit from continuing development and increasing tenant demand for walkable and transit-oriented properties. 304 12th St. is within just a few minutes of the 12th Street BART station, which, along with the 19th Street Station, has seen an increase in ridership by 24 percent between 2010 and 2018. Currently, the property has a Walk Score of 99, a Transit Score of 86 and a Bike Score of 86, meaning that most errands and transit can be completed without a car.

Numerous other residential and office developments are soon to be delivered around the property, as well. HFF reports that 967 units are currently under construction on properties adjacent to the site, and that the developments will produce around 1,451 employees, 1,934 new residents and an estimated 253,838 square feet of office demand.

These fundamentals are only expected to strengthen as Oakland continues to grow and companies — and their employees — seek new space to grow in the East Bay.