The seller was Costa Mesa-based Donahue Schriber, a private real estate investment trust that bought the property in 2003.

John McCormack, owner of JNM Co. Commercial Real Estate, which has been the center’s exclusive leasing agent, said it serves a neighborhood where homes were largely constructed in the late 1990s and has been hit by the economic downturn that started in 2005 and 2006. “The number of foreclosures is now trailing off like many other parts of Northern California,” he said.

Boronda Plaza, built in three phases from 1993 to 2006, is anchored by Food 4 Less, a Kroger brand, Sally Beauty Supply and Starbucks Coffee. It is about 87 percent occupied, according to JNM Co. It sits across a street from Boronda Square, which has an Ace Hardware, Auto Zone and Dollar Tree as its main tenants, McCormack said.

Salinas is 60 miles south of San Jose on U.S. 101 and is the Monterey County seat. It is home to more than 150,000 people or about 35 percent of the county’s total population and is disproportionately young—a third of the residents are less than 18 years old—and 75 percent Hispanic, according to the U.S. Census Bureau.

“We owned the property for several years and felt it would be best to move it out of the portfolio and re-invest the capital,” Audrey Yokota Rhoads, vice president of marketing and public relations for Donahue Schriber, said.

Nicolas Bicardo, a managing director for Holliday Fenoglio Fowler, said the sale illustrates the additional yield that buyers are commanding to invest outside of central Bay Area counties. “Core grocery-anchored shopping centers in major markets in the region are trading at 5 percent cap rates while those in the secondary market are more in the plus-or-minus 7 percent cap-rate range,” he said. “This transaction represents how some buyers are able to get a 150- to 200-basis-point spread by buying a property in a secondary market in Northern California.”

He declined to disclose the initial yield, or capitalization rate, expected for Phillips Edison from Boronda Plaza.

Bicardo was on the investment team representing the seller along with Mark Damiani, an associate HFF director. Both work in the company’s San Francisco office.

Phillips Edison-ARC Shopping Center REIT Inc. is a public non-traded REIT that buys and owns grocery- and necessity-anchored shopping centers in the United States. The buyer did not respond to calls seeking comment. According to its Web site, Boronda Plaza will be its third California property. The other two are in Modesto and Lancaster, north of Los Angeles. Its total portfolio encompasses 47 properties with 4.95 million square feet in 18 states. 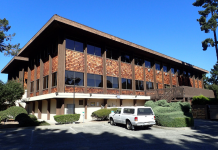 $14.3MM in Financing Secured for 64-Unit Multifamily Project in Monterey 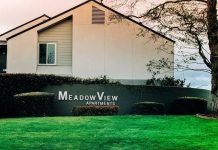 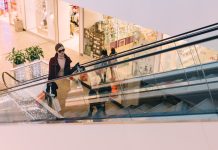 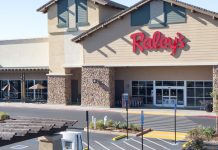 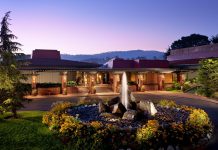