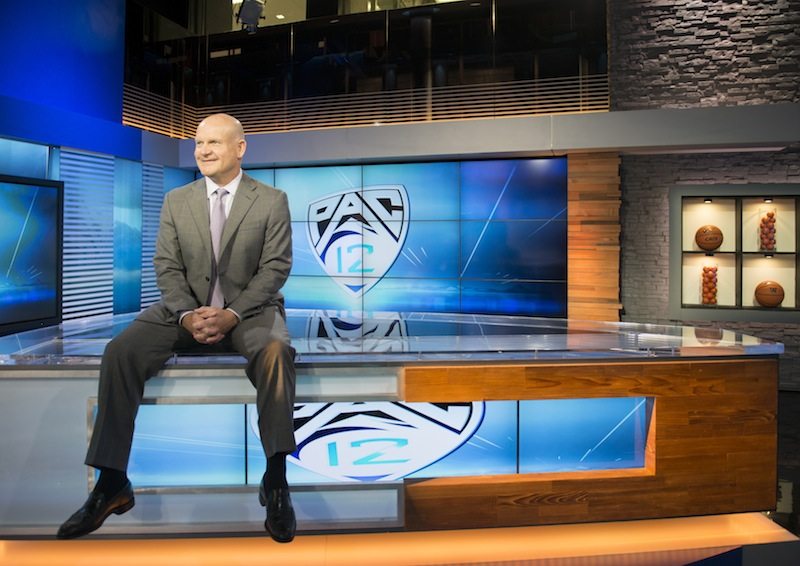 [dropcap]B[/dropcap]roadcast studios left San Francisco in recent decades for cheaper real estate, but the rise of digital content is pulling some back. The city is becoming a hub for companies seeking to broadcast over the Internet as much as on television. That includes Comcast SportsNet, CBS Interactive, Al-Jazeera’s Current TV, live-streaming staple UStream, and now newcomer Pac-12 Enterprises, which produces college-sports programming for national and regional audiences.

Pac-12 Enterprises executives describe the company first and foremost as a content producer that sells “TV-everywhere” rights for programming distributed to cable and dish companies. The agreement includes the right to send the content to any device, be it a computer tablet, smartphone, television or laptop.

While people might visualize a television studio differently than a digital production environment, the two are basically the same today, said Leon Schweir, senior vice president of production and operations for Pac-12. It’s all Internet protocol TV, he said. The newsroom is divided into a TV-production area and a much-larger digital-content area. Television production and digital production teams look almost identical as they sit in front of black, flat-screen computer monitors.

“Everything is now done on computers,” Schweir said. With Internet protocol TV, all content travels over the Internet rather than via satellite or cable. High-speed service is a necessity.

Pac-12 Enterprises’ new Yerba Buena headquarters at 360 3rd St. features industrial concrete floors, sheets of glass and exposed silvery air ducts and wire. Despite the artistic touches, its most impressive venue is its two-story studio, which has three stages surrounding a central, rotating camera that drops down from the lobby floor above. The seeming ease with which it all fits together belies the difficulty of converting a former AT&T call center into a modern content-production company’s studio.

“We looked at a variety of places in Northern California—Walnut Creek, Oakland, Emeryville,” said Gary Stevenson, president of Pac-12 Enterprises. “Many wondered why we didn’t choose Los Angeles, but that’s because we look at ourselves as a content company rather than a television company.” A San Francisco or Silicon Valley location promised greater success because digital was so important to Pac-12’s programming and digital distribution goals. “We wanted to be surrounded by all these tech companies and young minds, many of them who came from Pac-12 schools like Cal [the University of California, Berkeley],” Stevenson said.

At first and because of the quick ramp-up, the company was primarily interested in candidates with television and studio experience, said Kirk Reynolds, vice president of communications. But since its launch in August, hiring has re-focused on those with a digital background and software engineers, including poaching talent from nearby Yahoo and Pixar. Pac-12 has hired about 130 people since August but has received literally thousands of applications.

“Clearly, for recruiting talent, being in San Francisco has been a boon for us,” Stevenson said. The company’s location next to tech companies has also spurred partnerships with its neighbors, including creating highlights during a game and posting them on Twitter only seconds later.

Seeing Comcast SportsNet in the same building also gave Pac-12 execs confidence that their studios could be created there. They signed an 11-year lease with Kilroy Realty Corp. 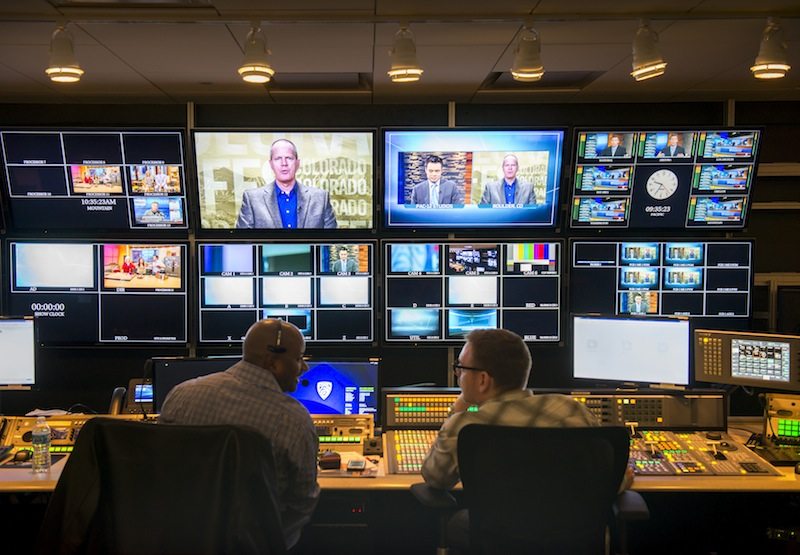