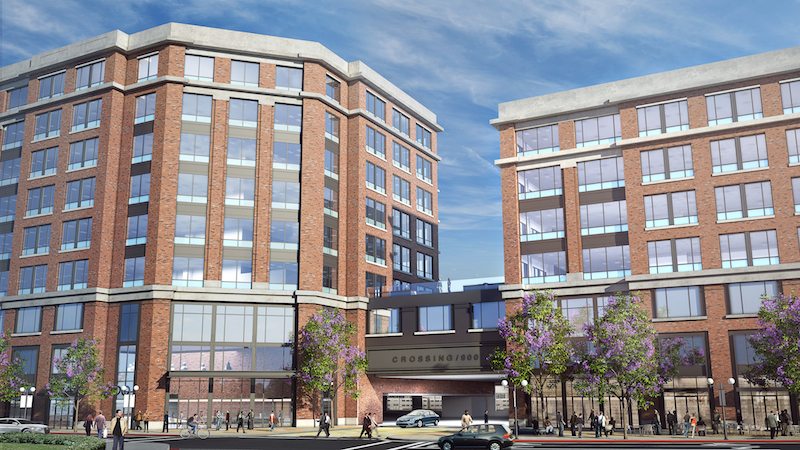 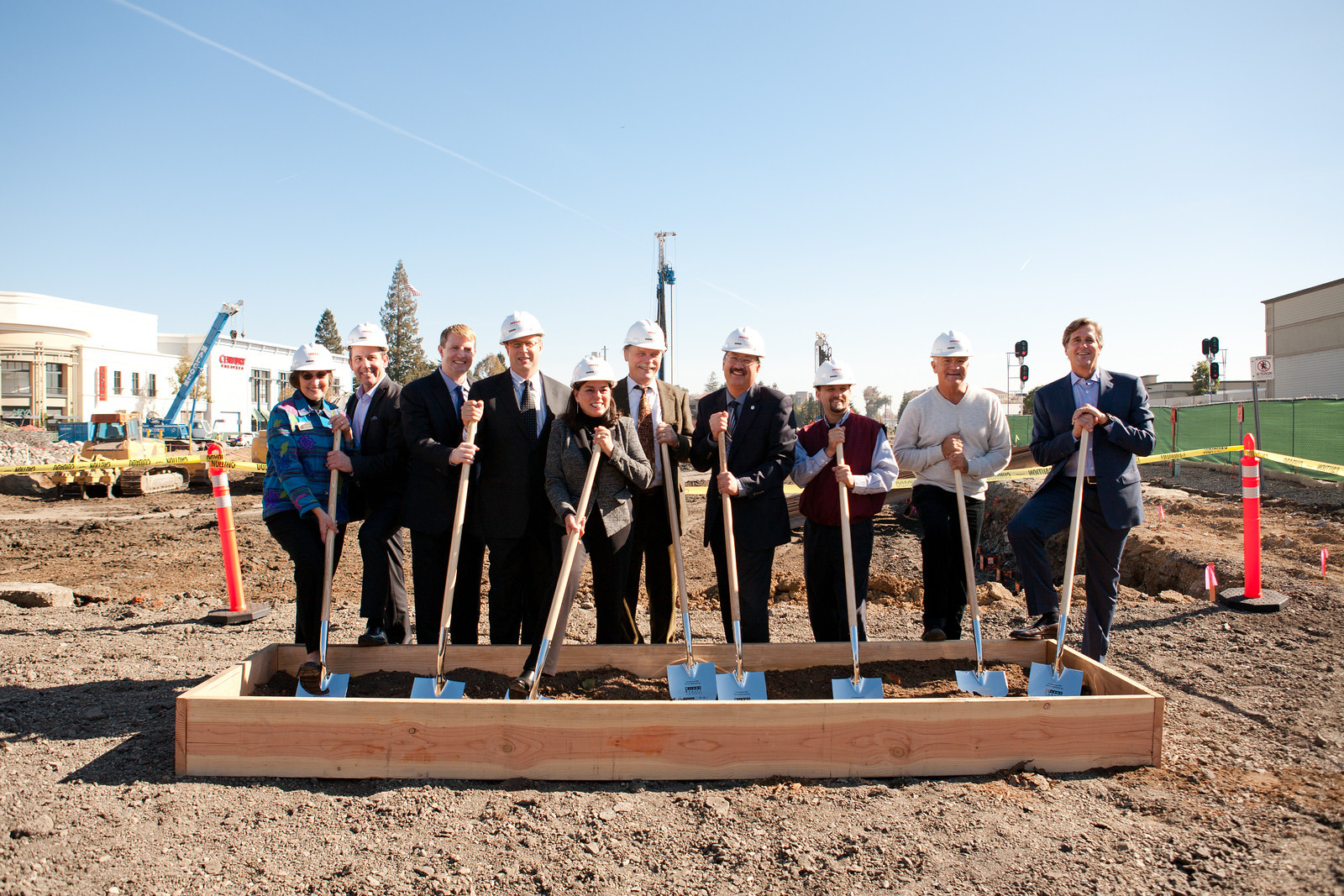 Over the past several years, Redwood City has slowly but steadily shed a reputation for being not much more than a sleepy bedroom community—or in less-polite terms, as Deadwood City.

[contextly_sidebar id=”aed1dd1c84cea0b2dc2f6b20e0a9b962″]In 2006, the city debuted its new-look downtown core with an Art Deco-inspired movie/retail complex and an Italian-style renovated courthouse plaza. The downtown revival has helped spur business and entertainment activity, and now more than ever, the city is looking to be a prime mover and shaker on the Peninsula, taking advantage of the region’s surging technology sector and other favorable market conditions.

Embodying that no-backseat mentality is the city’s largest project since the downtown makeover—Crossing 900, a Class A office development costing an estimated $180 million, measuring about 300,000 square feet and targeting Gold Certification of the Leadership in Energy and Environmental Design program.

Crossing 900 is an unusually large speculative project, to boot, reflecting a confidence that the city’s ongoing renaissance will help draw prospective occupants quickly. Starting the project without even a single tenant signed “is belief that Redwood City will be able to produce,” Mayor Alicia Aguirre said during a formal groundbreaking ceremony Friday.

Crossing 900 has been dubbed the city’s flagship development, heading a list of current and planned major projects that include a new headquarters for the Studio O + A designed online retailer Zazzle, a large campus for the real-estate firm Jay Paul Co. and an administrative satellite site for Stanford University.

“This is far and away probably the most development activity that the city has seen in the last decade,” said Bill Ekern, Redwood City’s community development director. “Definitely, the Deadwood City moniker is in the past.”

Construction on Crossing 900—formerly called Redwood Towers—actually started about three weeks ago at Middlefield Road and Jefferson Avenue, just across the movie/retail complex. The project will provide a new downtown gateway connecting the business district, Sequoia Station shopping center and Caltrain depot, which is served by the popular commuter express Baby Bullet train.

The project is a partnership between leading local developer Hunter Storm in Cupertino and Los Angeles-based real-estate investment trust Kilroy Realty Corp., which has jumped to the forefront of the Bay Area development scene in just a few years with some hefty projects from San Francisco down through the Peninsula.

Crossing 900 will transform a 2.3-acre former city parking lot into a mid-rise, two-building office complex with about 5,000 square feet of retail/restaurant space, approximately 1,100 parking slots for vehicles, motorcycles and bicycles, and the capacity to accommodate up to 1,000 employees.

It will feature a modern glass-and-brick architectural style that conforms with downtown’s historic characteristics, a rooftop outdoor terrace between the two buildings and various sustainable elements such as heat-minimizing windows and efficient water-consumption systems. The project is expected to be completed in summer 2015.

Redwood City leaders believe Crossing 900 will help increase downtown patronage, attract new retail businesses to complement a strong restaurant base and reduce the community’s carbon footprint as workers use the adjacent train station to travel to and from work and walk to nearby shops and restaurants.

The Peninsula market has 15 major users that are seeking at least 100,000 square feet and have expressed interest in Crossing 900, Kilroy officials said. The company is looking at monthly rents of $4.50 a square foot—an increase from the $3 a year ago at similar projects.

Mike Sanford, Kilroy senior vice president for Northern California, declined to name those interested in leasing space at Crossing 900 but said half of them are in the technology and media industries while the others are in the professional services such as law firms.