SAN FRANCISCO, CA. July 2014— Regency Capital Partners announced today that it has arranged a $24 million loan for the refinance of the mixed-use property at 220 and 244 Jackson Street in San Francisco. 220 Jackson Street is home to the famed Kokkari Restaurant on its street level, with 2 floors of office above. The building next door, 244 Jackson Street, has 5A5 Steakhouse on the ground floor with three levels of office above. The total square footage of both buildings is approximately 56,055.

RCP arranged the debt on behalf of William B. Baner of Parkfront Investment, LLC and Ban-Jackson, LLC, with Barclays Capital. This property was previously financed in December 2011 for a five-year term however the borrower wanted to obtain new financing for a longer term while fixed rates are at low ebb and the commercial office market is strong. The ten year, non-recourse land is interest-only for its full term with a fixed rate below 4.5%.

Michael Grausz of RCP led the advisory team securing the debt on behalf of Parkfront and Ban-Jackson.
The property was originally utilized as a 2-story warehouse of brick and timber construction. The current owner acquired the property in 1997 and subsequently gutted and expanded it to 4-stories. The original exterior masonry walls remain intact on the first and second floors but have been covered with a stucco exterior. The renovation included a full seismic retrofit, installation of ADA upgrades and a modern mechanical and fire/life safety systems.

The properties are located in the prime area of Jackson Square, one of the oldest commercial neighbourhoods in San Francisco and now one of the most desirable locations for venture capital companies and professional offices.

About Barclays PLC
Barclays is a British multinational banking and financial services company headquartered in London. It is a universal bank with operations in retail, wholesale and investment banking, as well as wealth management, mortgage lending and credit cards. It has operations in over 50 countries and territories and has around 48 million customers. For over 300 years the Barclays head office, originally known as the “Shop,” was situated on Lombard Street in the City of London and has been associated with the world of finance for several centuries. Barclays focuses on four Core Businesses: Personal and corporate banking, Barclaycard, Africa Banking, and Investment Banking.

Additional information on Barclays is available on the Company’s website at www.barclays.com

About Regency Capital Partners
Regency Capital Partners (RCP) is one of the premiere real estate capital advisory firms specializing in arranging debt and equity for a wide spectrum of clients, from regional investors and developers to some of the largest public and private real estate companies throughout the country. The firm is recognized within the industry for its integrity, creativity and determined advocacy on behalf of its clients. RCP’s unparalleled commitment to the implementation of its clients financing objectives distinguishes it within the financing industry. During their tenure, the principals of Regency Capital Partners have closed over $5 billion of debt and equity transactions throughout the United States.

Additional information on Regency Capital Partners is available on the Company’s website at www.regencycapitalpartners.com. 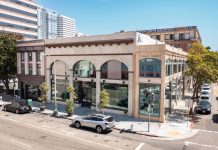 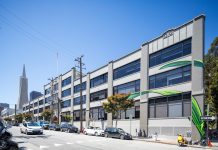 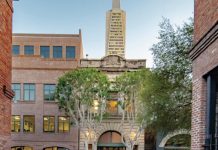 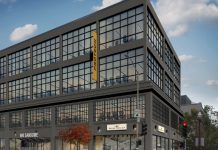 Private Owner Places 451 Pacific in San Francisco on the Market, Pricing Could Reach $14MM or $1,364 per SQFT 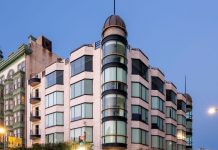