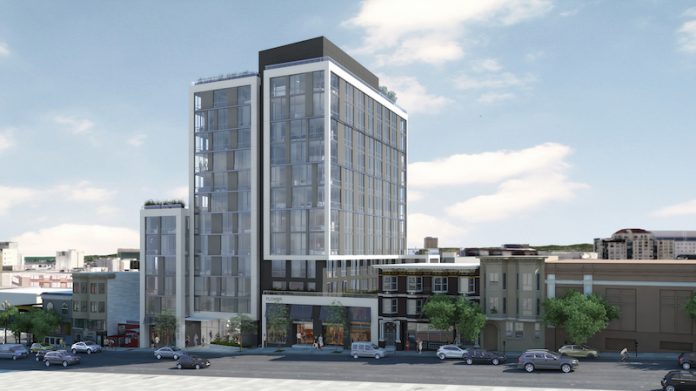 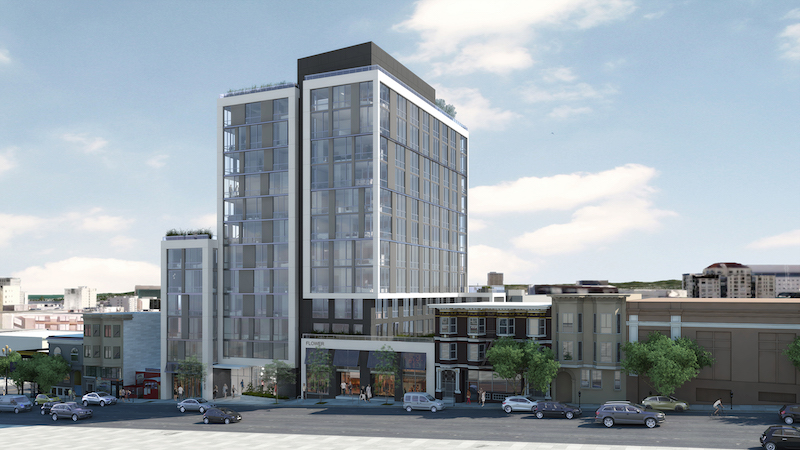 Roughly 7 months after announcing a $21 million acquisition of the development site at 1545 Pine Street, San Francisco-based Pacific Eagle Holdings Corporation has secured a construction loan with Regency Capital Partners in the amount of $52.5 million to build the 103-unit condo building in the city.

1545 Pine was previously owned by San Francisco-based Trumark Urban, which had taken the property through the entitlement process. 1545 Pine had historically been used as a workshop and is currently a temporary parking facility for a nearby car dealership.

“We are planning to start construction in the third quarter of this year and target completion by sometime in 2017,” said Hans Galland, a vice president of acquisitions and development with Pacific Eagle in March of this year, when The Registry reported the transaction.

The project is being completed for Pacific Holdings’ investment fund, the Pacific Eagle (US) Real Estate Fund

Designed by Arquitectonica, 1545 Pine Street will feature 103 modern new residences in the desirable Civic Center neighborhood, close to Pacific Heights, Nob Hill and the Mid-Market tech hub. The site offers an urban lifestyle with walkable access to Whole Foods Market, public transportation and a wide array of popular restaurants and retailers on Polk Street. The development will feature studio, one- bedroom, two-bedroom and penthouse residences, onsite art space, and easy commute access through the Bay Area, according to a prepared statement.

“Continued job growth and economic expansion coupled with limited supply growth, have made San Francisco one of the world’s strongest residential markets”, said Ramsey Daya of Regency Capital, who lead the debt placement. “These factors, coupled with Pacific Eagle’s development expertise, are not lost on lenders in the market and as a result we saw significant interest for this opportunity.”

Galland elaborated that “Investing in balanced, dynamic, and resilient real estate markets—such as San Francisco—is a top priority for Pacific Eagle. Due to our longstanding and positive working relationship with Regency Capital, we were confident in their ability to secure competitive loan terms for us on this project.”

Demolition and grading is scheduled to commence at the end of November 2015 and construction is anticipated to last 18 months. 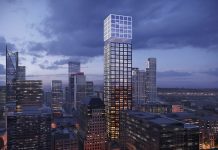 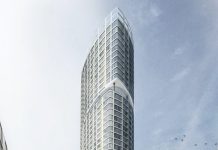 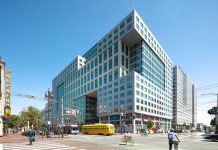 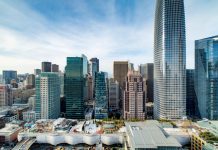 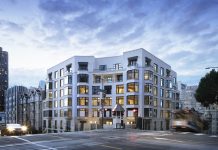