The rise of real estate-related technologies, particularly those related to the construction industry, has been a topic of conversation for several years now. Tech innovation and advancement has promised to solve many of the problems plaguing construction, including labor issues, scheduling, extensive timelines and in some cases, a reduction of costs. Now, according to a report issued by JLL, the hype surrounding construction technology is finally being realized on the ground, and the industry is at a critical point in its evolution.

“Construction is such a critical element for all of those [involved] and for the profitability of all of those projects, and the way things are built now is changing so rapidly with the increasing adoption of technology,” explained JLL’s Henry D’Esposito, senior research analyst of project and development services at JLL. “We thought it was really important to be at the forefront of that.”

The purpose of the report, according to JLL, is to analyze the state of construction technology and to evaluate its potential impact. The report starts off by listing the top total start-ups by the total funding they have raised. Katerra sits at the top of the list, garnering $1.2 billion for the modular sector. Procore follows behind significantly at $304 million in funding for digital collaboration platforms. 3D robotics earned $178. Million for drones, Onshape $169 million for design and Matterport $114 million for interior scanning.

Similarly, the report also lists the firms who had the top 2019 construction tech funding rounds. Billd earned $60 million for its financing platform, and Matterport again landed towards the top of the list, with $48 million for scanning technologies. Fieldwire raised $33.5 million for digital collaboration technology from investors. Built Robotics and Rhumbix, came behind at fourth and fifth, earning $33 million and $14.3 million.

Despite healthy investor interest, JLL initially predicted that funding levels for construction technology would close out significantly lower than previous years. At the time the report was published in November, venture capital spending in construction technology was on pace to decline 20 percent; however, the report notes that those levels excluded all funding for Katerra, whose fundraising rounds were considered an outlier in the market.

However, when The Registry asked for updated numbers, JLL’s projects were that 2019 venture capital fundraising levels were similar to previous years, albeit slightly lower.

“It is a bit lower,” posited D’Esposito. “But I would say that is more a reflection of changes in the venture capital market than of the broader construction tech industry.”

As a result of tech gaining traction in the construction industry, more traditional industry players are dipping their toes in the water in an effort to maintain relevancy. While Silicon Valley startups and venture capital firms are often considered the most active in the construction tech space, companies such as Skender, Autodesk and Skanska are jumping into the fray.

Skender, notes JLL, has quickly established itself as a traditional general contractor who has become very quickly adept in modular construction, with its reputation for modular rising in just a few short years. Skender has invested in new hires, technology and a new modular production factory outside of Chicago; the factory is expected to have finished apartment and hotel modules in short order.

Autodesk has also been active; in late 2018, the firm spent $1.15 billion to acquire PlanGrid and BuildingConnected as it expanded its business lines. Skanska has also quickly jumped into construction tech, deploying 3D scanning on its $4 billion LaGuardia terminal project and incorporating tools like StructionSite into its processes, reducing rework expenses to just one to three percent, compared with 12-15 percent.

D’Esposito pointed out that for now, however, venture capital firms and start-ups will remain strong contributors in the tech construction sector as companies learn to adjust.

“Generally, start-ups and VCs are still going to be at the cutting edge,” said D’Esposito. “They can take risks and move more quickly than a big establishment…Acquisitions are what is going to bring [new tech] into those larger companies.”

In its report, JLL also highlights some of the more widely-adopted and potentially impactful tech innovations to date. Drones and interior scanning have been adopted at quick rates, as scanning tools and drones can be easily and inexpensively incorporated to offer property owners and construction teams more data, which JLL emphasizes is fuel for the construction industry. Drones can, states the report, take a job that would usually require hours of labor and accomplish a task with a single person, making operations cheaper, safer and more efficient. Both drones and interior scanning can be easily combined with software for a more comprehensive data set.

D’Esposito also emphasized that modular construction has taken off much more quickly than predicted.

“One of the biggest overall things that surprised me was the amount of modular construction that is starting to pick up, and the demand from clients and builders to switch into using that method was greater than what I anticipated when diving into the research,” stated D’Esposito. “Any time you have such an entrenched industry that’s done something for one way for so long, it can take some time for adoption to really pick up, but 40-story buildings are being built using this technique.”

D’Esposito continued, “It comes back to efficiency for both labor and materials. If you can use less of either of those or both of those, which are two really expensive pieces of construction, and get better quality results out of it with fewer defects or less input, then that’s a game changer.”

JLL predicts that in just a couple of years, modular manufacturing plants will be in place in cities across the country, providing standardized building elements and prefab materials, aiding in quality control and reduced construction timelines. In ten years, JLL believes that modular will be included in a significant share of construction, especially like multifamily and hospitality, and will be classified as a serious option for most projects from the start of planning.

In fact, many of these technologies are at a point where wide-spread adoption is just around the corner, and it could revolutionize the construction industry in the near future. Once companies are able to procure funding and train employees, then tech becomes much easier to deploy.

“I’d say we’re coming up on that inflection point where it goes from pilot projects to [tech] being rolled out across a portfolio,” said D’Esposito. “And at that level is where you really see a big increase in volume; this is where you really start to see the efficiencies.” 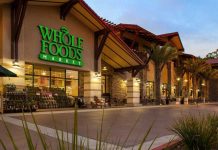 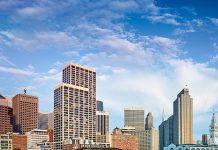