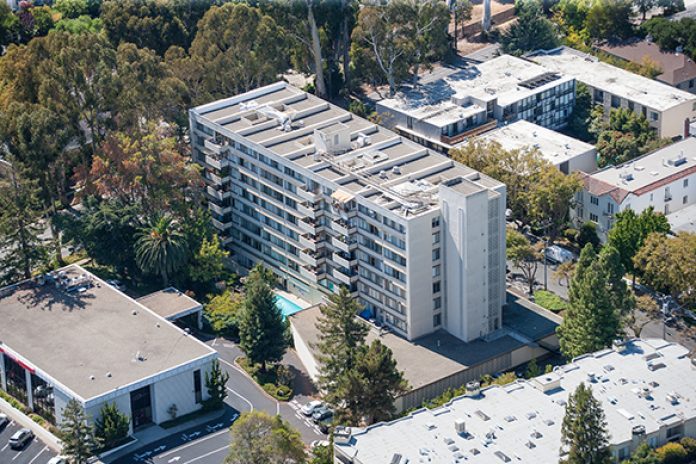 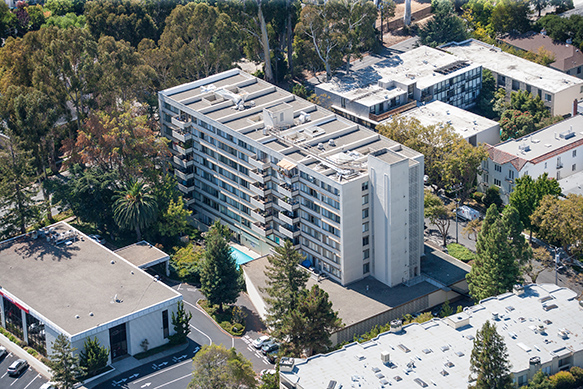 Burlingame Towers, an 85-unit, eight-story apartment building in Burlingame just traded hands, and San Mateo-based Romel Enterprises was the buyer. Romel purchased the asset from the Palo Alto-based Mayfield Companies for $40,575,000 or just over $477,000 per unit, according to public records.

[contextly_sidebar id=”B077sDi60qdltjpi0IhBR6lmnGDioUce”]Burlingame Towers is the Peninsula city’s tallest structure, and it offers views of the San Francisco Bay and the Peninsula. It sits in the downtown area of Burlingame and is a walking distance from the Burlingame Caltrain Station.

The building features 85 one-, two- and three-bedroom apartments that have floor-to-ceiling windows as wells as balconies. Some of the amenities include a heated pool with an outdoor entertaining area and a two-level garage with elevator access.

The San Francisco office of HFF marketed the asset on behalf of Mayfield. Managing Director Scott Bales and Associate Director Adam Simon worked on the transaction. Romel was able to purchase the building after defeasing the existing loan.

The Peninsula apartment market is one of the tightest in the Bay Area, spurred by continued employment strength in the region. According to a third quarter 2015 San Francisco Metro Area apartment research report by Marcus & Millichap, the metro area remains well above the national average in adding jobs. 45,000 in 2015 were added, following 45,700 the year before. While robust development will outpace net absorption for the first year of this cycle, it still sits at 3.9 percent across the region, the report states.

Mayfield Companies has its principal office in Palo Alto, although the firm operates over 70 general and limited partnerships and has owned, managed and renovated over 1,300 apartments and 370,000 square feet of office space across the Bay Area, Portland and Seattle.

Romel Enterprises is a privately owned real estate investment company based in San Mateo. Its principals are members of the Batt family.