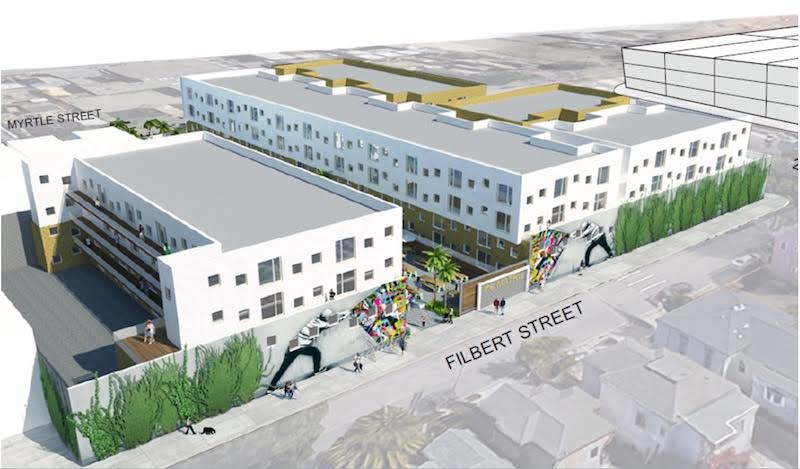 San Francisco-based developer oWow is planning to kick off a $40 million, 122-unit apartment project in Oakland located at 2400 Filbert Street, according to sources familiar with the project details.

The development site of 1.6 acres is now going through the entitlement process. A likely scenario is that the project will be started late in 2017 or in early 2018. According to SocketSite, entitlements for the development were set to expire at the end of 2016, however the Oakland Planning Commission extended those until September 2017.

“We like this site as it should be a good location for our company to continue its strategy of building workforce housing,” said oWow’s co-founder Danny Haber. “Our goal is to be able to construct units at rents that are 30 percent to 50 percent below market rents. We are able to do this by building more cost-efficient units. This is done by have one kitchen for a three or four bedroom unit versus many market rate apartments that have one kitchen for a one- or two-bedroom unit. The project on Filbert will also have a low-income component with 15 percent of the project below targeted low income,” said Haber.

The site was acquired earlier this month for $4.9 million. It was funded by debt and equity capital raised by the San Francisco office of Highland Realty Capital. The lead involvement with this project was Brett Mlinarich, vice president and Jeff Eliason, partner.

“This is a project that attracted capital sources as Oakland is a market like many other in the San Francisco Bay area that has a strong need for more housing. The project as it stands now is planned for 122 units, but more density might be added before the project gets started,” said Mlinarich.

There was a total of $1.9 million of equity raised for this project from a high net-worth capital. There also was a $3 million acquisition and development loan supplied by the Rubicon Mortgage Fund based in Lafayette.

2400 Filbert has been the home of an existing industrial building. It has been vacant for some time. All of the units in the project will be market rate units. The plan for now calls for the project to have a mixture of three- and four-bedroom units.