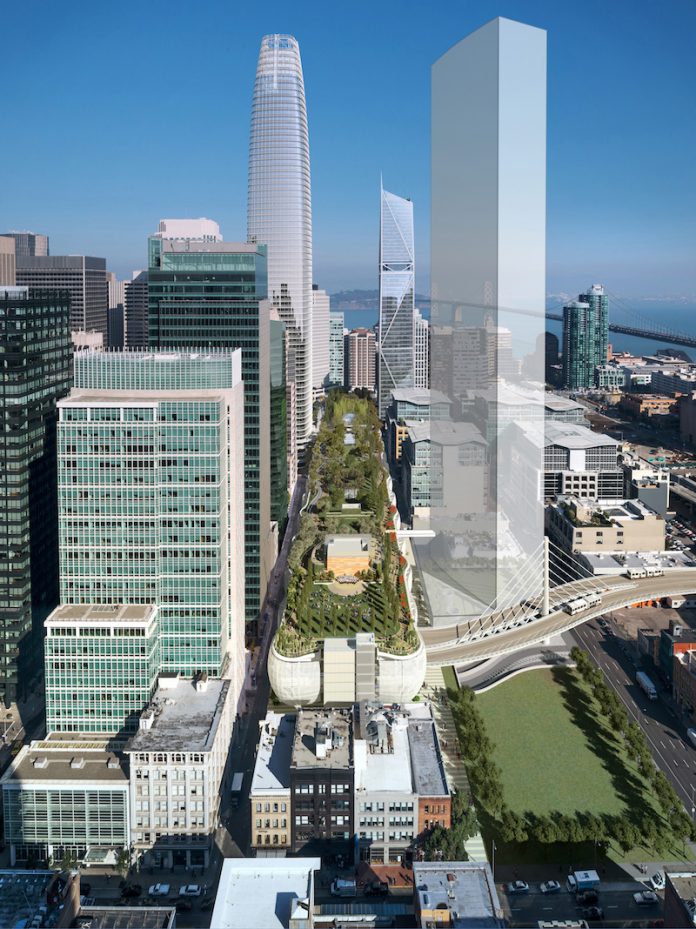 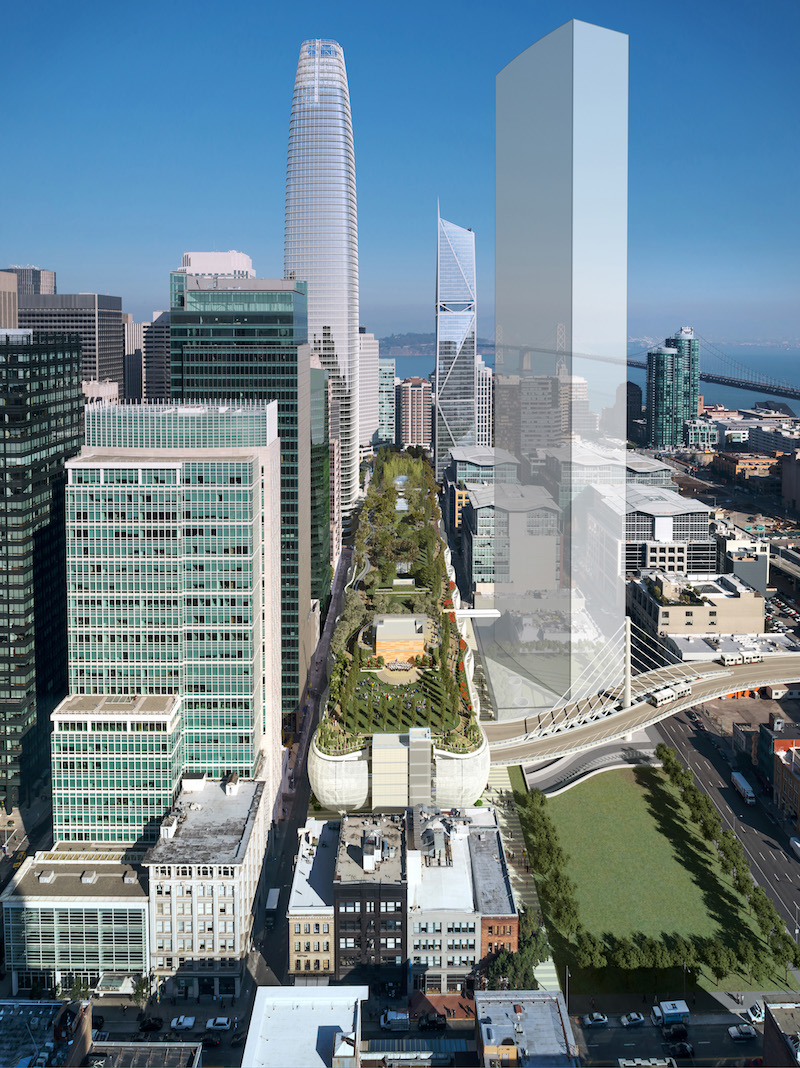 The Transbay Joint Powers Authority is again seeking a buyer for “Parcel F,” one of the last available development sites near San Francisco’s Transbay Transit Center, after developer Crescent Heights last week backed out of its plans to purchase the land. Once the sale is complete, plans for the site will be just the latest entry on a long list of projects slated for the Transbay neighborhood – an area quickly emerging as the new heart of the city’s downtown.

Miami-based Crescent Heights in November agreed to purchase Parcel F, located between First, Second, Howard and Natoma streets, for $165 million with a plan that 35 percent of any housing units built would be designated for affordable housing. However, the company, whose San Francisco portfolio includes luxury apartment towers Jasper, at 45 Lansing St., and Nema, at 8 Tenth St., canceled its plans after finding it could not meet the city’s requirement to provide the below-market-rate housing on site or in the Transbay neighborhood, according to a report in the San Francisco Chronicle.

[contextly_sidebar id=”OYUMjECsyv7oB6xP04lDTVDySHdRIz6s”]The company also did not make a required $10 million deposit for the property by a previously determined deadline, so the TJPA board terminated the exclusive negotiating agreement it had with the company, said Adam Alberti, a spokesman for the TJPA. A representative of Crescent Heights did not immediately respond to a request seeking comment.

The TJPA is “going to continue to pursue a sale of Parcel F, and hopefully, in the first quarter of [2016], close a transaction with another party,” Alberti said.

Crescent Heights was one of four pre-qualified bidders vying for the site, and the agency is “having conversations with people within that bidding pool to see if they can come to terms with any of them, and if not, they will have to determine what their next steps are,” he added.

Parcel F is the last parcel zoned for a so-called “super-tall” building in downtown San Francisco. The site can hold a tower up to 750 feet, making it the only remaining development site in the city zoned for a height above 550 feet, according to the TJPA, which is overseeing the sale of the publicly owned parcels surrounding the city’s transit center project. Parcel F comprises 29,000 square feet of net developable space and at least two-thirds of the property is zoned for commercial use, including a hotel. The TJPA required a $160 million minimum bid for the site. Land sale proceeds will help fund the transit center’s construction.

Parcel F’s development is just one of many projects planned or underway in the Transbay area. Development in the district, located south of San Francisco’s downtown financial core, has rapidly ramped up since the city broke ground on the new transit center five years ago. The center will connect eight Bay Area counties and 11 transit systems, including future high-speed rail. It also will offer 160,000 square feet of retail space. The first phase of the center is expected to open in late 2017.

Transforming Transbay into a high-density, walkable mixed-use community is the city’s game plan. The city’s Office of Community Investment and Infrastructure (OCII) and planning department are processing development projects in the Transbay redevelopment area.

“OCII’s vision for Transbay is a vibrant 24/7 downtown neighborhood, with the Transbay Transit Center as its centerpiece,” said Shane Hart, Transbay project manager for OCII, which is facilitating partnerships with the city, state, TJPA and developers to create the new district.

OCII looks to establish Transbay as “a gateway to the central city and a unique transit-oriented neighborhood,” the agency said.

“One of the initial drivers [attracting Kilroy to the area] was the juxtaposition to a major transit terminal,” said Mike Sanford, the company’s executive vice president for Northern California.

The real estate investment trust’s Transbay assets include office properties at 100 First St. and 303 Second St. along with the under-construction 450,000-square-foot project at 350 Mission St., leased to cloud-computing giant Salesforce. The neighborhood is “exceeding” what the company expected it would become, “and there’s still a lot more projects going on,” Sanford said. “The vision has definitely become a reality” with a mix of residential and office projects creating “that 24/7 environment that we like so much.”

“OCII is catalyzing public and private investment [in Transbay],” Hart said, which will add 3,835 housing units – 35 percent of which will be affordable – along with 2.6 million square feet of office and 200,000 square feet of retail development. Also featured will be nine acres of new parks – including a 5.4-acre park that will comprise the transit center’s green roof. Folsom Street will become Transbay’s main street with wide sidewalks and pedestrian amenities. Additionally, the district will hold the 61-story Salesforce Tower – set to become the city’s tallest building – at 415 Mission St.

Improved transit access, public spaces and amenities associated with the project are expected to add about $3.9 billion to private property values within three-quarters of a mile of the center, according to a Transbay Terminal economic impact report by the TJPA.

Transbay developments in the pipeline include a roughly 767,000-square-foot office-and-retail tower by developers John Buck Co. and Golub & Co. at Beale and Howard streets; a 545-unit residential high-rise by Essex Property Trust along with TMG Partners and affordable housing developer BRIDGE Housing at First and Folsom streets, which also will include retail and public open space; and a 554-unit residential building at Folsom and Fremont streets by Related California and the nonprofit housing developer Tenderloin Neighborhood Development Corp.

“There is no doubt that the transit center itself has been a major impetus to development [in the Transbay neighborhood],” Alberti said, “because of the opportunity and excitement that existed around creating this new downtown dense transit district that’s so well planned with access to transit and amenities.”