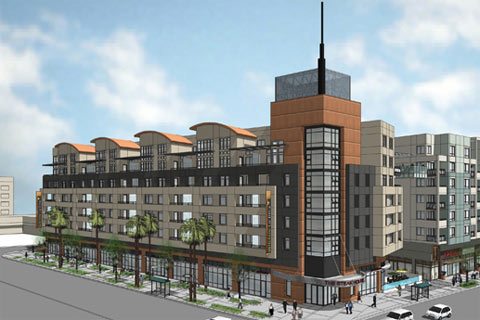 Connecticut-based real estate investment advisor and shareholder Land and Buildings is seeking to acquire San Francisco-based apartment landlord BRE Properties Inc., offering $60 a share, a 16 percent premium to the share price at the close of trading July 30, it says.

In a July 31 letter addressed to the board and published on the Business Wire, Jonathan Litt, founder and chief executive of Land and Buildings, said the sale would “unlock” value now trapped in the company’s assets by doubts about management. He faulted Chief Executive Constance B. Moore and her team for “poor capital allocation” and said shareholders are “frustrated.”

“As you may be aware, we have had numerous conversations with Connie Moore, CEO of BRE Properties, and other members of the management team over the last year. We have discussed strategic alternatives to address the significant and persistent discount at which the company’s stock trades compared to its underlying asset value, including recommending a sale of the company,” Litt said in the letter, which is addressed to BRE Chairman Irving F. Lyons III. “We believe a lack of confidence in the management of the company contributes to this valuation discount.”

He claimed that BRE stock remains stuck at a 30 percent discount to net asset value and that the stock’s price has seriously underperformed relative to other real estate investment trusts.

“Why should shareholders believe that waiting another year will produce results substantially different than the inferior results management has generated over the past 10-15 years?” Litt said in his letter.

The letter was released in the hours before BRE’s regularly scheduled quarterly conference call to discuss results. Moore opened the 45-minute session with a brief statement: “I can confirm that the board has just received the letter and beyond that I cannot comment at this time. What I can say is that this board and management team has always been committed to maximizing the value of the company and will consider any legitimate proposal that is in the best interests of shareholders.”

Moore has served as BRE’s president and chief executive since January 2005 and was the company’s chief operating officer for two-and-a-half years before that, according to the 2012 annual report. She is a frequent panelist at public real estate events in the Bay Area, including those sponsored by the Urban Land Institute and others.

BRE has been the object of buyer interest for at least the last year, including earlier interest from Land and Buildings as well as Palo Alto-based apartment rival Essex Property Trust Inc., analysts speaking on the call said. A call to an Essex spokeswoman was not returned.

BRE is pursuing a strategy to increase its exposure to its most productive markets while selling non-core assets or lower-performing assets to fund that growth, mostly in Southern California. The company expects full-year disposition proceeds of as much as $225 million.

Under questioning as to how much of the company’s portfolio would be subject to disposition, John Schissel, executive vice president and chief financial officer, said up to $500 million in assets in the near term and as much as $400 million more “that in a perfect world we would look closely at selling.” The company reported real estate assets valued at $3.4 billion at mid-year.

BRE is a publicly traded West Coast REIT with more than 21,000 apartments in 74 complexes in northern and southern California and Seattle. Bay Area property performance improved in the second quarter led by unexpected strength in the East Bay, said Scott Reinert, executive vice president of operations. The company owns not quite 4,200 Bay Area apartments in 15 complexes. Expenses fell 1.8 percent in the region in the second quarter year over year while revenue rose 8.2 percent, making the Bay Area the company’s fastest growing market.