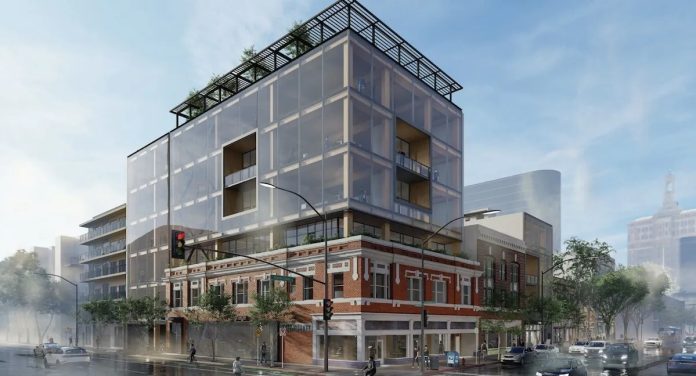 Two large mixed-use projects that would bring more than half a million square feet in office, retail and residential space to downtown San Jose were recently approved by San Jose City Council, according to public records. Both projects, The Orchard and SuZaCo, are planned for sites that are less than a mile apart by separate development teams.

During the council meeting on Tuesday, San Jose officials spoke highly about each project, notingthe proposed developments would be beneficial to the city’s skyline and downtown community.

“These are really the developers and the projects I was referring to when it comes to developers that are really close to pulling the trigger and investments that could help us turn a corner that we haven’t seen in quite some time,” said Councilman Raul Peralez. “We’ve made some tough decisions when it comes to incentivizing high rise development in downtown… I think this is an example of what we can achieve out of that because they are very difficult projects to be able to get off the ground. But I am actually confident that [these projects] are going to be able to do that, so I’m excited about seeing them get there.”

The Orchard is a 606,526 square foot mixed residential and commercial building that would include 7,430 gross square feet of ground floor commercial space and 540 housing units, according to project plans. The developer is Westbank, a real estate development firm that, since its inception in 1992, has offices around the world and has more than $25 billion in projects completed or under development, according to the firm’s website.

The project is located at 409 and 425 South 2nd Street. Currently on the site are the former Bo Town Restaurant, an accessory building, and two storage structures totaling 5,283 square feet, which would all need to be demolished prior to construction.

SuZaCo is located at 142-150 Santa Clara Street and would include the construction of a four- to six-story mixed-use building totaling approximately 75,251 square feet, according to The Registry’s previous reporting. Bayview Development Group is the developer on the project, and RMW Architecture is the designer.

The building would consist of ground floor retail/restaurant space and one level of below-grade retail, totaling approximately 11,790 square feet. The remaining space – approximately 63,461 square feet – would be reserved as office space. A City Landmark building is part of the current site and would be implemented into the final design as it has been deemed a historic site by the City. Except for the City Landmark building, all remaining onsite structures – including three two-story mixed-use buildings – would be demolished.

Both project sites are located near the San Jose State University campus. Other nearby major cultural institutions and tourist attractions include the San Jose Art Museum, Plaza de Cesar Chavez and the San Jose McEnery Convention Center. The area is also home to a variety of shopping, dining and entertainment options.