SAN JOSE, Calif. – An ambitious new document, adopted by the San José City Council recently, lays out the vision and means to design streets that “are comfortable and welcoming for all modes of travel.” The new San José Complete Streets Design Standards & Guidelines call for streets that are “people-oriented, connected, and resilient,” and provide specific guidance on everything from lane widths to sidewalks, bike lanes, and even stormwater management to achieve that vision.

“San José’s general plan calls for an aggressive shift from 80% of trips being taken by solo drivers today to just 40% by 2040,” said Jim Ortbal, Director of Transportation for the City. “Making progress toward that goal will require significant changes to how people get around the City. That’s going to require safe, people-friendly streets that allow anyone to feel comfortable walking, biking, or taking transit, whether they’re 8 or 80 years old. This document points the City and private developers in that direction.”

“Complete streets” are designed to accommodate all types of transportation that are appropriate for the corridor. The new guidance describes the best available designs and practices for making streets safe, comfortable, and inviting places for all users.

Throughout the document, icons denoting specific design emphases make it easy for practitioners to find treatments that accommodate all modes of travel, enhanced safety, and new technology applications.

Illustrating the City’s commitment to complete streets, the Standards & Guidelines largely replace the City’s Geometric Design Guidelines, and will apply to both private development projects and public capital improvement projects.

In addition to the general plan, the standards and guidelines support multiple City and State documents and policies, including Climate Smart San José, a plan for reducing San José’s carbon emissions and water use; Vision Zero San José, an initiative to eliminate traffic fatalities; various Urban Village Plans, which seek to create mixed-use hubs of development where people live near employment and can be less dependent on cars for transportation; and 2008’s State Assembly Bill 1358, known as California’s Complete Streets Act.

The San José Complete Streets Design Standards & Guidelines become effective immediately. The document can be downloaded from the Department of Transportation’s website at www.sanjoseca.gov/transportation.

About the City of San José
Known as the Capital of Silicon Valley, San José is the nation’s tenth largest city and the largest city in Northern California, with an ethnically diverse population of more than one million. San José was founded in 1777, once served as the state capital of California, and now encompasses 180 square miles. Facts about San José can be found here: http://www.sanjoseca.gov/DocumentCenter/View/780. The City’s website is www.sanjoseca.gov. 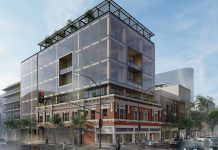 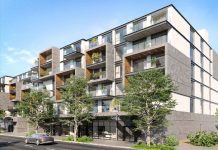 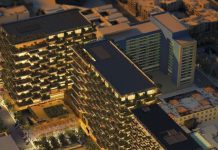 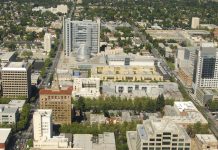