SAN JOSE, CA – In a major step forward for the community connected development, Google’s Downtown West Mixed Use Plan was given the go ahead by the San Jose Planning Commission last night by unanimous vote. This now sets the stage for the transformational development to be approved by the San Jose City Council on May 25th.

“The unanimous vote by the Planning Commission is an acknowledgement of the proactive work Google is doing within the San Jose community and its commitments to equity, diversity, and representation in their plan,” said Ahmad Thomas, CEO, Silicon Valley Leadership Group. Google’s plan has strong targets for hiring locally and ensuring 10 percent of local contracts – including continuing services commitments – are going to small and diverse businesses. These moves show that they are literally building an impactful diversity commitment into their plans – right from the ground up.”

Now approved by the planning commission, the Downtown West project would revitalize an 80 acre site in a community-centered development. Once approved by the City Council, Downtown West would bring 7.3 million square feet of office space, 500 thousand square feet of active use space and fifteen acres of parks. It would also create 4,000 new homes with a full 25 percent of the new housing units designated as affordable. In addition to the 1000 new units of affordable housing, Downtown West also brings the San Jose area an unprecedented $200 million community benefits package.

“This is a powerful example of the new ways in which business and the community can partner to achieve results that benefit everyone,” said Jim Wunderman, President and CEO, Bay Area Council. “In addition to the tremendous benefits Downtown West will bring to San Jose in jobs, investment and opportunity, the process for reaching agreement sets an important example for engagement – and partnership – with the community. Google is developing a new way forward and Downtown West should be seen as a template for how we can, and should, do more together.”

The vote was heralded by local advocates and business groups for their recognition of the community centered plan. Those groups now look towards the full vote by the San Jose City Council on May 25th.

“Downtown West is unprecedented in terms of its scale, design, and community benefits and will make a substantial contribution toward building more much-needed housing for residents of all income levels,” said Todd David, Housing Action Coalition Executive Director. “We’re proud to support this exemplary project because it demonstrates what thoughtful planning, sustainable development, and community engagement can and should be.”

About the Downtown West Mixed Use Plan:

The plan is the outcome of over 10 years of community engagement with over 100 impactful community meetings, including neighborhood walks and over 3,000 in-person touch points. This has resulted in careful land use planning and collaboration that will bring economic and other public benefits to San José residents.

This project also builds on local investments in clean energy with 7.8 megawatts of onsite solar generation, 15 acres of parks, plazas and open spaces,100 percent use of recycled water for non-potable uses, and Google is committed to using 100% carbon free energy across the organization by 2030.

Downtown West leverages the proximity to Diridon Station to create the “15-minute city” San José residents deserve, with bikeways and trail segments to bring benefits for the environment and workers in a way that will reduce traffic and greenhouse gas emissions and enhance overall health and quality of life. Building Downtown West around Diridon Station, soon to be known as the Grand Central Station of the West,creating a nearly-unparalleled multi-modal transit hub, including servicing Caltrain, VTA, High Speed Rail, and BART and more. This will allow those who work and live at Downtown West transit access to the entire bay area and beyond.

This project not only meets all the city requirements, it includes what San Jose staff have calculated as $1 billion of value in voluntary project features, and then offers and additional $200 million in negotiated community benefits including a Community Stabilization and Opportunity Pathways fund that will result in affordable housing, education opportunities, local job training, and much more. 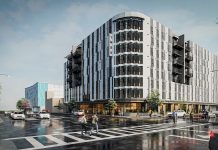 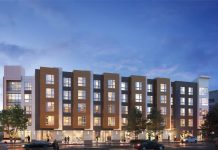 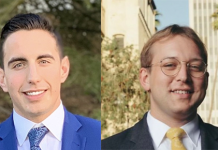