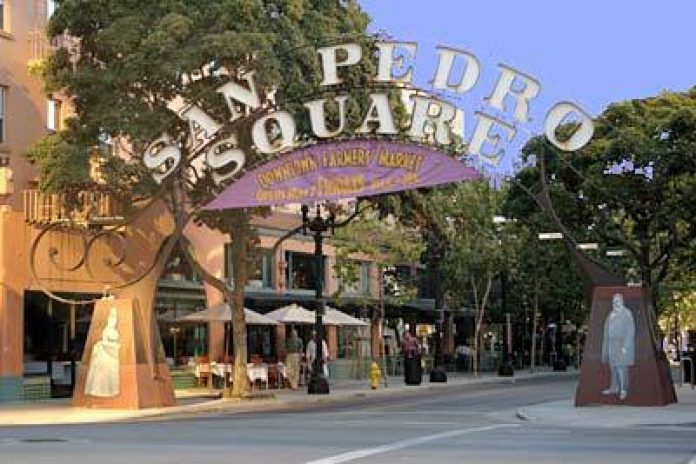 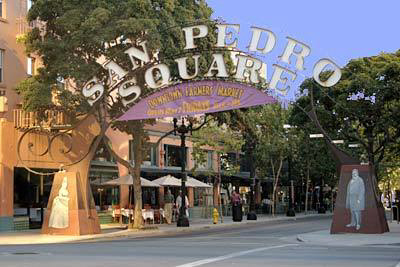 A mix of new housing and retail space will soon begin transforming an underutilized section of downtown San Jose into a neighborhood as developers plan projects for an approximately 11-acre site in the North San Pedro district.

Barry Swenson Builder looks to begin work on its North San Pedro Tower 3 during the second quarter next year with completion expected in 2018, said Christy Marbry, senior development manager for the San Jose-based company. The mixed-use high-rise will carry 313 for-sale condominium units and occupy a 1.5-acre undeveloped site at the northwest corner of Old West Julian and Terraine streets.

The 18-story building also will offer about 2,000 square feet of ground-floor retail space and a three-level above-grade parking garage. Amenities will include a pool, bocce ball court, barbeque, seating area and open space on the garage roof. A dog run and community garden are planned for the ground floor.

Barry Swenson Builder plans another residential-and-retail tower at Julian and North San Pedro streets that will be similar in size to North San Pedro Tower 3, though likely will offer more retail space, Marbry said. That project will not begin until the city completes area infrastructure improvements, including straightening Julian Street between North Market and West Saint James streets to bring it back onto the city street grid, she added. The long-planned street alignment project is expected to start next month. The city also will widen and make a portion of West St. James Street a two-way thoroughfare.

Barry Swenson Builder brought these projects into its portfolio in part due to their location. “It’s one of the larger sites in downtown that would allow for residential development,” Marbry said, adding that “the area’s been changing over time” and now includes projects such as the 643-unit Silvery Towers condominiums under construction at 180 W. St. James, along with the four-year-old San Pedro Square Market dining-and-shopping venue. The site also offers convenient access to freeways and downtown amenities, she said.

These high-rises will be part of the Brandenburg Mixed-Use Project/North San Pedro Housing Sites, which the city approved in the early 2000’s. The city-owned area comprises 14 parcels generally bounded by the Union Pacific Rail Line to the north, Market Street to the east, St. James Street to the south and State Route 87 to the west. The project site allows for the development of roughly 60,000 square feet of commercial space and 1,500 residential units, a city report said.

In 2003, the now-dissolved San Jose Redevelopment Agency sent out a request for proposals for the area, Marbry said. After the agency became defunct, the Successor Agency took over the project and helped secure a $24 million state infrastructure grant for the site. The funding will be used for land acquisition costs and area improvements, including removing the curve in Julian Street. Developers will purchase the Brandenburg area’s parcels from the city, said Liz Schuller, a planner with San Jose’s planning department.

Additionally in store for the area is a 135-unit project by San Jose-based affordable housing developer First Community Housing. The six-story building will occupy a nearly one-acre site at 201 Bassett St. Plans call for the project to include five stories of residences above a podium garage, according to city documents about the project.

Seattle-based Intracorp Cos. plans another 486 residential units split among four parcels in the Brandenburg area. Those projects would include a 408-unit apartment development on 2.35 acres at 195 W. Julian St., and three other projects surrounding the area comprising 78 townhomes, according to city documents.