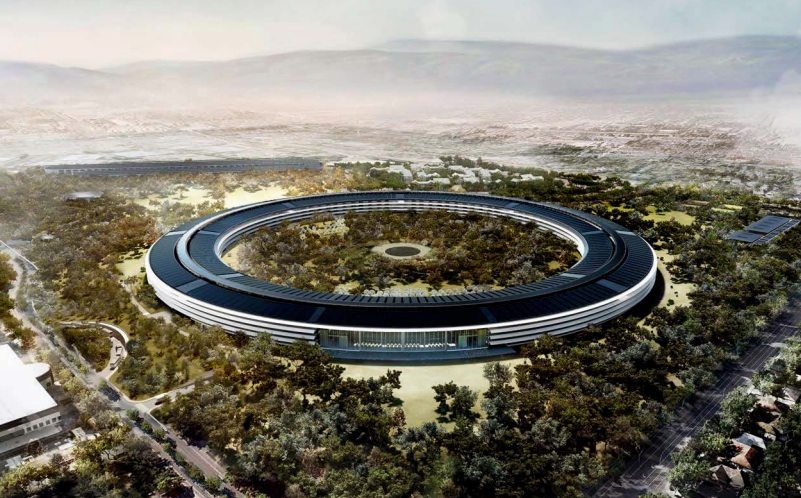 As much effort as has been expended to explain the San Francisco workplace revolution, Silicon Valley workspace is in a jumble, too.

Five of the valley’s most important companies have announced large, expensive new campuses. On their face, the decisions—by Apple, Google, Facebook, Nvidia and Samsung—make two statements: Companies don’t expect to abandon Silicon Valley, but the existing workstock does not meet corporate needs.

Silicon Valley with its historic startup and hardware-engineering business culture has specialized in the vanilla office and workplace building. For landlords, the better to usher in the next company when the last one outgrows your space, gets bought or quietly fails. And venture capitalists aren’t interested in financing fancy.

But that command for the fungible to keep demand broad and value up may be boomeranging. Evidence is rising among corporate behemoths and startups alike that office space may be less interchangeable than in the past.

“Traditional notions of flexibility supported multi-tenancy drivers for the developer, not flexibility for the end user,” said Peter Weingarten, director of Gensler’s Architecture Studio. “When you design strictly for efficiency, nooks and crannies get stripped away. People want space for work that is more informal, comfortable and supports mobility within the office.”

Gensler is designing the new Nvidia campus in Santa Clara, including core, shell and interior. The campus has caught developer and architect interest because of its huge floor plates—two floors of approximately 250,000 square feet each—situated within two enormous triangles.

In Cupertino, Apple Inc. is building its enormous circle on 176 acres—big enough to house more than 13,000 people—encased in glass. In Menlo Park, Facebook wants a rectangle with more than 433,000 square feet on one floor plate perched above 1,500 parking spaces and below a rooftop park.

“Although the end result looks iconic, I don’t think that is what is driving these projects,” Weingarten said. “There has been a fundamental shift in the realization that facilities do have a direct impact on how people interact and collaborate to innovate.”

Tech tenants are initiating the same workplace trends across U.S. markets and overseas, Weingarten said. John Kilroy of Kilroy Realty Inc. says the workplace preferences for sustainable, high-density, open environments among their youthful technology tenants are now showing up in the offices of lawyers’ and financiers, historically the most traditional companies.

The preoccupation with workspace, worker productivity and retention began in the dot-com cycle with Google Inc. and is now part of what even the smallest companies are thinking about, said David Bergeron, managing director for T3 Advisors, a Bay Area consulting, advisory and brokerage that works exclusively with technology companies from startup to mid-size.

“What is new this cycle is that it has become pervasive in the market and that it is a priority. The emotional connection to real estate can be powerful, and the VCs have noticed and are saying, ‘Think about your space out of the gate,’” he said. “You have got a lot of big tech companies doing it for a while and a lot of lessons learned are trickling down to early-stage companies. Young CEOs see that establishing a culture that makes people a priority gives you a better chance.”

“Some would say this isn’t happening, but the research says otherwise,” he said.

There is clearly logic to the way affairs have been arranged. Landlord Michael Covarrubias, chairman and chief executive of San Francisco’s TMG Partners, signed Zynga Inc. as a large tenant for 650 Townsend St. in San Francisco early in the boom. Zynga outfitted its space in the 670,000 square-foot building exotically, incorporating neon-type lighting, a wooden cabin and a Winnebago. TMG sold the building to Zynga in early 2012 after the gamemaker asked to lease more space and TMG declined. Zynga, now in tough times, paid $228 million in cash for the property.

Speaking at the recent Fisher Center conference in San Francisco, Covarrubias—a former banker—said underwriting real estate investment for technology company tenants is a special craft. “It leads to the question of the economics of these businesses. Uber is a system to undo the taxi system. AirBNB is trying to undo the hotel system. Destructive technology begets destructive technology. We bet on a trend, not on one company,” he said.

Phil Mahoney, probably the Silicon Valley’s most productive commercial real estate broker ever, told NAIOP Silicon Valley, the developers’ association, that landlords face demand as unpredictable as he has ever seen. From parking to bathroom ratios, to bench or not to bench, today’s companies are exploring new limits. “How people are using space is very fluid right now and very dependent on the user,” he said.