[dropcap]O[/dropcap]ver recent years, the design of office space has increasingly taken into account ways to improve not only employees’ performance but also their well-being.

That design has incorporated health-minded concepts such as bringing increased natural daylight into the workplace, reserving an area for a fitness center and installing a community garden just outside the office.
Now an emerging technology seeks to contribute to that health focus from the individual desk level, literally.

The market of smart furniture remains in the early-adopter phase, but companies such as Michigan-based software developer Tome and New York-based ergonomic-products maker Humanscale have been making inroads the past year or so in bringing the intelligent office to the forefront.

“Humanscale has a history of making work tools more intelligent to create a healthier and more productive workplace,” Humanscale CEO Robert King said in a statement. “This is the logical next step in that evolution.”

Placed onto height adjustable workstations, OfficeIQ monitors how long an employee sits, stands or is away from the desk. The program can also measure the calories that an employee burns just from standing at their desk as he or she works.

Moreover, the program can signal a worker to stand up if he or she has been sitting for a long while. A worker can even set the program to remind him or her to stand for a specific length of time during the day.

“We know that if you want to get people moving at work, you start by getting them to stand up,” Tome CEO Jake Sigal said. “OfficeIQ will make movement an integral part of every workday for users.”

Indeed, standing desks have risen in popularity as some studies have suggested that sitting for prolonged periods could lead to health problems related to cardiovascular disease.

Sigal likened OfficeIQ to the wearable fitness tracker Fitbit. “But we put the sensors on furniture instead of people to get objective measures,” he said.

Individual employee privacy is maintained because personal data is not shared, he said. Rather, employers receive only aggregate data from the work floor to help them track and promote healthy activity.

While OfficeIQ is an add-on piece, the Kinetic Desk by Los Angeles-based adaptive-technology furniture maker Stir is a fully integrated smart workstation.

Similar to what the OfficeIQ can do, the height-adjustable Kinetic Desk senses an employee’s presence (even greets him or her upon arrival), learns personal preferences and goals, and actively sends out reminders for the worker to switch positions throughout the day.

The product is “changing the way people work,” Stir CEO JP Labrosse said in a statement. “On average, Stir Kinetic Desk users stand for half their day while 95 percent of users move every day. That is tremendous.”

The sleek, clean-looking desk is built on cloud-based architecture, which allows for transferrable user data that employees can access as they move between workstations within a company network or around the world.

Leveraging Bluetooth-enabled devices such as Fitbit, the desk recognizes one user from another, making it easy for workers to log in and out at any location.

Using Stir’s analytics dashboard, employers can see how the desks are being used and measure their return on investment. Aggregated, anonymized information such as the percent of desks that change positions daily, workstation occupancy and incremental calories burned by employees is available on a real-time basis.

Sigal sees a bright future for this market, saying the cost of development is going down while software that can be used to create smart furniture is increasingly becoming available.

He also pointed out that smart furniture can help in other ways besides improving employee health. Smart furniture could monitor the use of a conference room or other office space so workers would be able to track the availability of certain meeting areas, he said.

“We’re still in the early stages,” Sigal said, “but it’s only going to grow.” 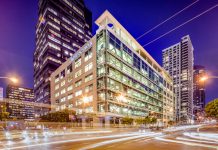 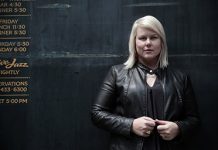 City of Fremont Announces Participation in 2019 “Startup in Residence” Program 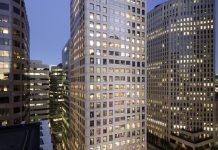