Bill Ash, AIA, LEED AP, is promoted to vice president, continuing in the role of design principal. As design representative for SmithGroupJJR’s Higher Education Practice, Ash has served as lead designer for significant projects such as the $49.5 million, LEED Platinum S.J. Quinney College of Law at the University of Utah; and the $33.5 million, 92,000-square-foot Lola & Rob Salazar Student Wellness Center at the University of Colorado Denver, now under construction and scheduled for completion in spring 2018. Other higher education clients for Ash include Harvard University, Indiana University, University of North Carolina at Chapel Hill, Georgetown, and several University of California campuses. Ash is also design principal for one of the firm’s most exciting international, waterfront projects: the Ayia Napa Marina and Resort, now under construction in Ayia Napa, Cyprus.

Ash joined SmithGroupJJR in 1998 at its Los Angeles location and since 2013 has been based at the Detroit office. The registered architect and LEED accredited professional is a graduate of Lawrence Technological University, where he earned a Bachelor of Science in Architecture, followed by a Master of Architecture from the Southern California Institute of Architecture. Ash, a native of Algonac, Michigan, now resides in Northville, Michigan.

David Paul Johnson, AIA, LEED AP, is promoted to vice president, continuing in the role of Higher Education Practice strategist. Johnson specializes in translating high-level, strategic drivers into design solutions that solve clients’ biggest challenges. Among his current project work is the Boston University framework plan, an urban/campus plan assessing the development potential and future needs of the university in its rapidly evolving urban environment. Johnson is also playing an integral role on SmithGroupJJR’s team for its University of Michigan School of Dentistry project, a comprehensive renovation and expansion program including pre-doc, resident and specialty clinics, and a laboratory addition to accommodate the school’s growing work in dental research. Other clients for Johnson include Harvard, Duke, Northwestern and Temple universities.

At SmithGroupJJR, Johnson presently co-leads its Campus Forward program, an initiative to identify drivers and dimensions of change in higher education followed by the development of effective planning tools and concepts. The registered architect graduated with a Bachelor of Arts from Harvard University, followed by a Master of Architecture from the University of Michigan. Johnson joined SmithGroupJJR in 2005 as an architect, progressing to the roles of office director, science & technology studio leader, and planning and research director at the firm’s Detroit office, where he is now based. He is a member of the American Institute of Architects and a LEED accredited professional. Johnson is a resident of Grosse Pointe Park, Michigan.

Doug Kozma, PLA, ASLA, promoted to vice president, is campus planning practice director and a registered landscape architect based at the firm’s Ann Arbor, Michigan office. Throughout his 21-year career with SmithGroupJJR, he has worked with a wide spectrum of college and university clients, including those representing public comprehensive, research, academic medical, and private institutions of higher learning. Kozma is presently serving as lead planner on the Boston University framework plan, Kent State University campus master plan, and California State University, Chico, master plan. Other long-time clients for Kozma include The Pennsylvania State University, Indiana University and Arizona State University.

At SmithGroupJJR, Kozma is involved with several of the firm’s strategic ventures, including the Higher Education Initiative, Campus Forward program, and Academic Medical Center Task Force. He is active professionally with the Society for College and University Planning North Central Region, where he has served as board member, conference chair, and local host. Kozma earned a Bachelor of Science in Landscape Architecture degree with high distinction from the Schreyer Honors College at The Pennsylvania State University, where he later served as chair of the Board of Directors of the Landscape Architecture Alumni Affiliate Program Group. He is a member of the American Society of Landscape Architects and the American Association of Community Colleges. The Lancaster, Pennsylvania native resides in Ann Arbor, Michigan.

Carolina Lopez, AIA, LEED AP, is promoted to vice president, continuing in her role as director of operations at the Chicago office. With 21 years in the architecture and engineering industry, her project experience encompasses some of the firm’s most complex projects. This includes the $95 million, 230,000-square-foot University of Illinois at Urbana-Champaign Electrical and Computer Engineering Building, for which she served as project manager. Chicago area clients for Lopez include Loyola University and Argonne National Laboratory, both with which she’s remained active in a project management role. Lopez started with SmithGroupJJR in 2000 at its Ann Arbor office, transitioning a few years later to its Detroit location, where she served as its project manager for the $158 million renovation to the Detroit Institute of Arts and Madonna University’s 64,000-square-foot Franciscan Center for Science and Media, Livonia, Michigan. In 2008 as part of a strategic move to grow the firm’s Chicago office and add interdisciplinary services, she relocated and was promoted in 2010 to serve as its operations director.

Lopez is a registered architect and member of SmithGroupJJR’s Science & Technology Practice. As a result of her desire to improve the process in which the built environment is designed and built, her special interests are organizational team dynamics and achieving and maintaining a culture that promotes curiosity and continuous improvement. Lopez is a graduate of the University of Detroit Mercy, where she earned both Bachelor’s and Master’s degrees in Architecture. She is a LEED accredited professional and a member of the American Institute of Architects. The Trenton, Michigan native resides in Chicago.

Malek, a registered architect and member of SmithGroupJJR’s Board of Directors, has been with the firm for 21 years, starting in 1996 after receiving a Bachelor of Architecture from Cornell University. She is a LEED accredited professional, certified as a Designated Design-Build Professional by the Design-Build Institute of America (DBIA), and a member of the American institute of Architects. Malek is a native of and presently residents in San Francisco.

Passey, a registered architect, joined SmithGroupJJR in 2005 and has special expertise in the delivery of large scale complex projects and the planning of imaging, oncology, and ambulatory care facilities. He is a graduate of Arizona State University, where he earned a Bachelor of Science in Design. His professional organization involvement includes the American Institute of Architects, the American College of Healthcare Architects, and the Central Arizona Society of Healthcare Engineering. Passey lives in Phoenix, Arizona.

Jay Rambo, AIA, LEED AP, is promoted to vice president, continuing in the role of office director at the SmithGroupJJR’s location in Dallas, a position he has held since 2010. Rambo is currently serving as the firm’s principal-in-charge for the $83 million, 206,000-square-foot University of Texas at Dallas Engineering Building, which when completed in August 2018 will house the university’s rapidly growing mechanical engineering program. For Southern Methodist University (SMU) in Dallas, he is leading SmithGroupJJR’s design of the Ford Research and Innovation Center, a 40,000–square-foot graduate-level interdisciplinary research facility that will house SMU’s high-performance computing capabilities and also become the new home for the Dedman College Interdisciplinary Institute. In the corporate sector, Rambo is leading the SmithGroupJJR team for the new 150,000-square-foot headquarters building for Independent Bank of Texas. Other clients include the Texas A&M University System; professional services firm JLL; and KDC, a corporate build-to-suit development and investment company.

Rambo, a registered architect with 20 years of experience, is a member of the American Institute of Architects’ Dallas Large Firm Roundtable. He earned a Bachelor’s Degree in Environmental Design from Texas A&M University, followed by a Master’s of Architecture from the University of California at Berkeley. A LEED accredited professional, he is a native of and currently lives in Dallas.

SmithGroupJJR (www.smithroupjjr.com) is a nationally recognized, integrated design firm with more than 1,100 employees in 10 offices in the U.S and a presence in Shanghai, China. The firm serves clients in the health, workplace, higher education, science & technology, cultural, urban design, and waterfront sectors. 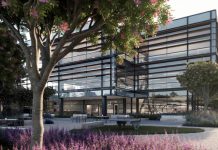 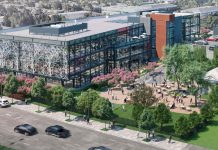 SmithGroupJJR’s Leadership in the Bay Area Works Together 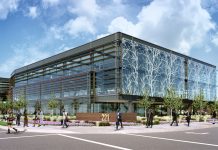 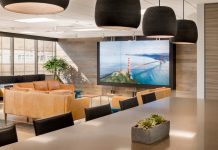 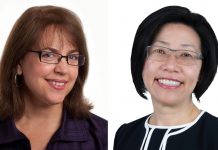 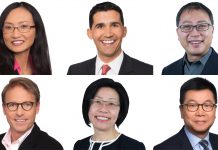