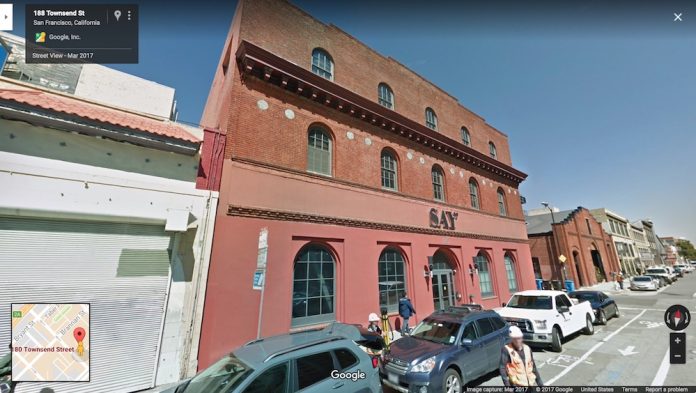 Mountain View-based The Sobrato Organization has acquired the 41,000 square foot office building in San Francisco located at 180 Townsend. The property, which has been on the market since early February and is currently occupied by venture capital firm Andreessen Horowitz, was purchased for $71 million, or $1,731 per square foot, as stated by sources with direct knowledge of the transaction. The new property owner did not respond to an email seeking comment for this story.

The seller of the property was San Francisco-based DivcoWest. This investor had chosen the San Francisco office of CBRE to be the listing agent on the sale. Those working on the transaction included Kyle Kovac and Michael Taquino. CBRE did not respond to a phone call seeking comment for this story.

DivcoWest had placed the property up for sale in February of this year. At that time, the company was indicating guidance pricing as high as $75 million, even though this was not the official asking price. This company declined to comment on the transaction.

The appeal of this asset for most investors today is three-fold. 180 Townsend is fully leased to Andreessen Horowitz, a prominent global venture capital firm with offices in both San Francisco and Menlo Park. The company has a lease that commenced in 2019 that does not expire until 2031. This tenant is an example of one of the most credit-worthy tenants that a landlord can have on its tenant roll. In addition, the tenant has a long-term lease and fully occupies the asset, ensuring secure cashflows for years to come without the risk of any portion of the asset remaining vacant.

DivcoWest had purchased 180 Townsend in January of 2018 for $28.25 million, or just under $690 per square foot, according to public records and earlier reporting by The Registry. The real estate investment firm then invested $20 million to upgrade the property, and the tenant placed another $17 million in property improvements.

180 Townsend is located within the South of Market sub-market for office space in San Francisco. This area has a total of 8 million square feet with a current vacancy of 31.8 percent through the first quarter of this year, according to sources that track this data.