Silicon Valley-based developer The Sobrato Organization is moving forward with plans to develop research and development space in Redwood City. The company submitted plans to the City in January of this year, and the application has since been deemed complete by officials. Dubbed “Bay Road Industrial,” the project would include 88,631 square feet of space.

“Originally [we were] thinking we were going to use this site as an affordable housing project to go along with our bigger project across Broadway. And as we did community outreach…we got some pushback from two groups,” explained Sobrato’s President of Real Estate, Robert Hollister. “One was housing advocates who preferred the idea of the affordable housing and market rate housing being on the same site…And then the other group was all the industrial users and tenants on this side of the road who were honestly quite concerned about the loss of industrial and R&D land.”

The project site is located at 2201 Bay Road. Project documents indicate that of the square footage, about 40 percent would be for office space, while the remaining 60 percent would be for R&D manufacturing uses. 136 parking spaces are also highlighted in the project plans. Hollister also emphasized that the project, while industrial in nature, was not going to cater to distribution uses, but other industrial types.

Hollister added, “We’re a very long-term owner of our properties and we really want to have our projects fit with the community.”

The project will be designed by ARC TEC Inc., with landscaping by KLA Inc. and civil engineering by KIER & WRIGHT. The building will be clad in a mixture of glazing, concrete finishes and a mix of metal accents, including aluminum, metal composite and corrugated metal panels.

The Sobrato Organization has several steps to complete prior to construction. Currently, the City is reviewing the project for compliance with CEQA, and design review will also occur in the near future. After will come public hearings and a final City Council decision. At this time, no additional meetings have been scheduled to review the project, but Sobrato hopes to have approvals by the year’s end.

Bay Road Industrial is also not Sobrato’s first project in the neighborhood. The development is not far from 1401 and 1155 Broadway, where the firm is planning to build 400 market rate units, 120 affordable units, 420,000 square feet of office space, 26,000 square feet of retail and a 10,000 square foot child center. The project has been called Broadway Plaza.

Construction will likely start at Bay Road once Broadway Plaza is finished, according to Hollister. Currently, the Bay Road property is being used as construction staging for Broadway Plaza. However, should a tenant come along and lease Bay Road, Hollister Sobrato will look for other arrangements and build the projects concurrently.

Formally founded in 1979, The Sobrato Organization has been developing across Silicon Valley for about 70 years. According to the firm’s website, its goal is “to build a more equitable and sustainable world through business and philanthropic leadership.” To date, the organization has developed more than 21.48 million square feet of office, research and development, and multifamily projects. Its current portfolio includes 7.5 million square feet of office and R&D, plus an additional 30 multifamily communities.

“We continue to see Redwood City as really the gold standard for how they’re planning their city to meet a variety of residents’ needs,” said Hollister. “This is really five different types of products in a mixed-use context for us…I think this is an exciting way of creating a community where you have a mix of people, a mix of jobs and a mix of income levels. There aren’t many places where we can do this in the same location in the Bay Area.” 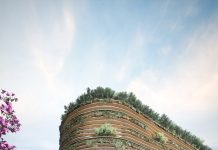 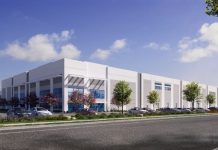 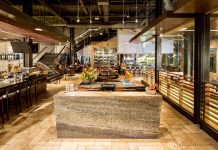 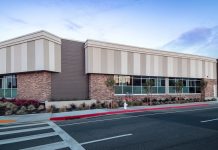 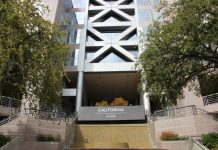 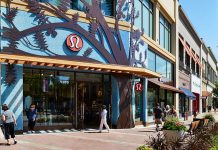