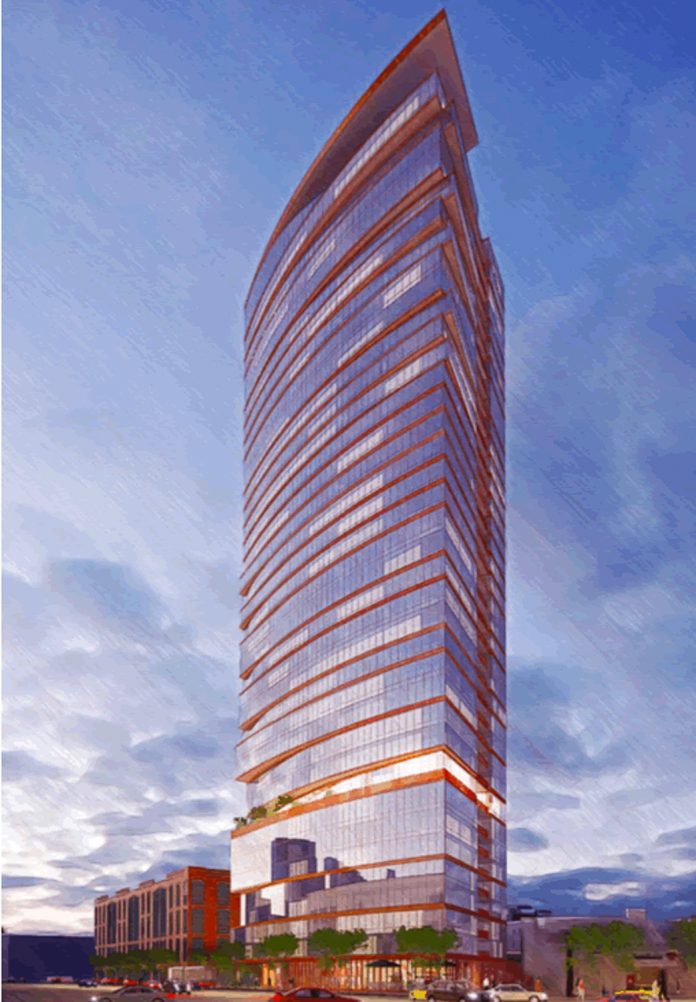 With housing across the greater Bay Area in constant demand, new development projects can offer hope that inventory will increase in the mid to long term. A San Francisco-based development firm, Solbach Property Group, is one company that is looking to ease that pressure. The firm has filed a preliminary project application for a new, 522-unit apartment development project in the South of Market district in San Francisco located at 636 4th Street, according to documents filed with the City. The development is looking to bring a new 46-story building to a neighborhood that has been progressively gentrifying over the last decade.

A possible timeline for the new development project’s start and finish has not been announced at this time, and it is dependent on the timing around City approvals and zoning review. According to published reports, the property’s current owner is linked to the family of the late Heinz Solbach and his family trust, currently led by Carlton Linnenbach.

The base zoning for the project would have allowed for the development of 345 units. However, the property owner is able to utilize a 50 percent state density bonus program through the use of affordable housing in the project. The developer will include 79 affordable units in the development and be able to expand the total unit count to 522 homes.

The retail portion of the development will amount to roughly 3,350 square feet and additional 31,010 square feet will be allocated for parking. This part of the project has room for 106 cars and 235 bicycles. Residents in the property will be able to find access to the retail and basement parking from the street. In addition, the tenants will be able to share two amenities in the property. These are the ninth-floor open space and a rooftop.

The architect on the project is Solomon Cordwell Buenz. This architecture firm has a second project located just one block away from 636 4th Street, where it is working with Tishman Speyer to construct a two-tower development totaling 1,096 units.

The development by Solbach is located at the corner of 4th and Bluxome Street. This puts it one block from the Caltrain’s 4th and King Street Station in San Francisco. The new development is also on the same block as 88 Bluxome, an 833,000-square-foot office development by Alexandria Real Estate Equities, a project that has been paused for the time being. The public REIT had the site up for sale last year, but it is now off the market.