Since the start of the coronavirus pandemic in early 2020, employees and employers alike have been reevaluating the nature of work and productivity and the pros and cons of working from home versus at the office. Increasingly, research is showing that the provision of perks and amenities is not enough – in order for employees to return to the office, they want to feel a greater sense of choice and autonomy, and to feel truly valued by their employers.

“Treating working from home and working in-person differently is going to really help…one of our leaders here says that ‘talent is the only renewable resource.’ If people feel they’re being invested in, that will produce immense returns,” said Rebecca Charbauski, brand communications manager at Steelcase Inc., and author of a recently-released report released by the Grand Rapids, Mich.-based company, a globally-operating firm that specializes in providing office furniture, interior architecture and space solutions for offices, hospitals and classrooms.

The global study, titled “The New Era of Hybrid Work,” was released in late February 2022 and comprised research across 11 countries and nearly 5,000 participants. The goal of the study was to analyze the current mindset of office workers and investigate their experiences, needs and expectations for working at the office and at home.

There were three key findings from the report, all of which pertained to how employees’ choice of where they work – and how they work — impacts their relationship with the workplace. When people enjoy working from their office they are more engaged, productive, and connected to the company culture; and employees are willing to trade remote workdays for working in the office, provided that they have more choice, autonomy and control over their environment. Additionally, access to private spaces is increasingly important.

“The office has to change for the commute. It has to be a more compelling destination at home that they want to go to. The things that the office [environment] has to provide are much different than they were two years ago,” Charbauski added.

In what is increasingly an era of “hybrid work” – working split between working from home versus in the office – the pros and cons of the respective options have become an increasingly pertinent topic of discussion and research. The report highlighted an overwhelming preference for the former: of all the people surveyed, 45 percent indicated a preference for working-from-home; 21 percent a preference for working at the office; with 34 percent giving no preference. The findings in the U.S. population of individuals surveyed revealed a similar insight, with figures of 52 percent, 15 percent and 32 percent, respectively.

However, there is also another often-overlooked, more psychological factor at play when evaluating employees’ preferences for their location of work, which adds further context to the report’s findings, thinks Albert De Plazaola, Global Principal, Strategy at Sydney, Australia-based Unispace, a global workplace strategy, design and construction firm. “Conventionally speaking, [workplace segmentation] has either been mapped by role or responsibility…but when organizations do surveys, the one characteristic that most influences whether one wants to go back into the office isn’t their role, it’s whether they’re an introvert or extrovert…introverts typically don’t want to go back to the ‘open office’ and prefer remote working…whereas extroverts do,” he said.

The report also outlined employees’ preferences in where and in what space they work – whether at home or in the office. In the U.S., 44 percent of people said they worked from a home office, 31 percent in a dedicated work-zone in the office, 17 percent in a multipurpose area, and 7 percent using a temporary setup.

Especially in the current era, however – with many prospective employees – there remains an added layer of complexity to gauging people’s preferences for working at home versus in an office. “There’s a change-management piece…we have about two years worth of employees who, coming out of college, have never been into the office…what’s taken a hit in terms of performance is the onboarding, it’s harder to engender trust, camaraderie and interconnectedness between team members,” De Plazaola said.

Charbauski also emphasized the importance of considering these interpersonal dynamics when evaluating people’s workplace location preferences, adding that she has seen an increased desire to return to the office. “There’s been this erosion of social capital over the last couple of years…some new employees have never been a part of the organization or connected to the organization’s vision. There’s a desire to bring people back together,” she said.

In spite of all the hard data and research revealing more about people’s preferences for returning – or not – to a more conventional workplace, the employee-employer relationship, and the development of trust between the two, is playing an increasingly pivotal role. The report highlights an ongoing trend termed “The Trust Crisis”, wherein organizations across the globe are facing crucial challenges and uncertainty on multiple fronts, caused in large part by the talent crisis and the erosion of trust are two critical issues, which companies will need to solve to successfully compete in today’s complex business environment, especially as employee expectations continue to shift in a post-pandemic world.

And while the establishment of trust undoubtedly plays a part, the growth trajectory of the company in question also factors into the equation, according to De Plazaola. “Absolutely, there’s a trust crisis. But there’s a caveat – [some] companies have always had a distributed workforce and primarily worked remotely, like Github, who [was] bought by Microsoft, and WordPress,” he said. “Trust in those companies is much easier to garner because they [started] that way, they had organizational infrastructure…trust really takes a hit for those organizations that relied on interpersonal relationships.”

More traditionally, employers’ provision of amenities has often been referred to as a deciding factor in companies’ strategies when trying to entice workers back to the office. While traditionally amenities were conceptualized as concrete perks and offers, there has been a shift to incentives that are more experiential in nature. “Amenities involve strategic conversations…organizations are offering experiences and events instead of ‘freebies’,” De Plazaola said. ”I am optimistic…on the condition that designers continue to think differently, and not just about the workspace…we need to design experiences, of which the ‘office space’ might be only a small part of that moving forward…we have to start accounting for some of these behaviors.”

Looking ahead – in what remains an increasingly uncertain world – there remains an increased focus on iteration, experimentation, and flexibility from employees seeking to meet the needs of their workforce in terms of their design strategies. ”We’ve heard over the last couple weeks from San Francisco-based tech companies that they are starting to return to the office…We’re doing a lot of testing research on pilots,” Charbauski said. “Even global organizations like Bay Area tech companies…have never done it at the scale that we’re doing it now.”

The employers that are most nimble and fleet-of-foot will be the ones to, in theory, reap the most rewards moving forward, thinks Charbauski, who is optimistic about the future. “The companies that are transparent and open about the challenges of this new way of working are going to be more successful…this is a tremendous moment to connect people to their companies’ culture…people have more choice and autonomy over their physical environment than ever before, and that’s a good thing.” 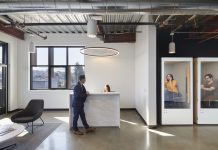 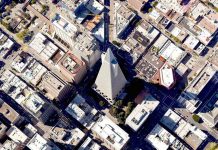