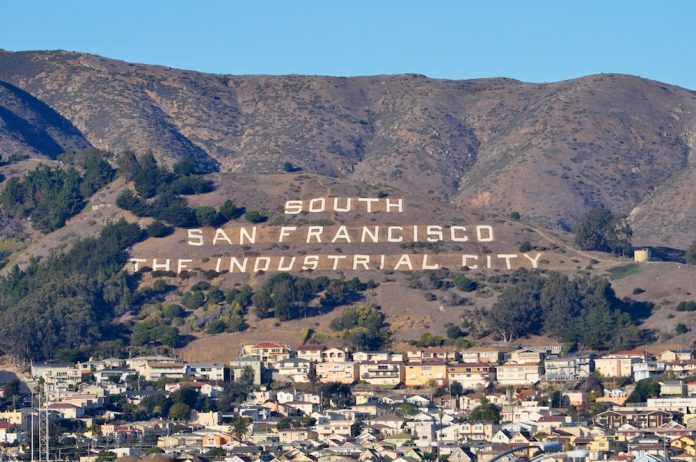 South San Francisco has been one of the Bay Area cities that has grabbed outsized attention from investors and developers in the recent past. A new deal that closed earlier in May ensures the city’s development pipeline will likely be healthy in the near future, as well. In an $85 million deal that closed on May 5th, San Mateo-based SteelWave purchased the Park N Fly parking lot located at 101 Terminal Court in South San Francisco. The seller was an entity associated with the Park N Fly organization.

The nearly 10-acre lot is next to US Highway 101, almost at the confluence of San Mateo Ave. and S. Airport Blvd. The property is located in an area that is surrounded by smaller industrial and specialty retail operations and is just north of the Tanforan neighborhood where a large FedEx distribution center is based. The company has not announced any plans for the property at this time, but given the commercial and industrial uses surrounding the triangular lot, it is likely that a similar property may spring up at this location in the future.

South San Francisco has had a mix of prominent property sales and development news over the last few months. In January of this year, Lane Partners purchased a multi-tenant industrial facility in South San Francisco for $22 million. The property is located at 275 S. Maple St. and totals 70,000 square feet. That same month, San Francisco-based DivcoWest spent $164.5 million to buy the property located at 5000 Shoreline Ct., a three-story building that totals 138,381 square feet located on 8.6 acres. DivcoWest plans to convert this property to a life science building, and it obtained a $124 million loan in April of this year to commence that activity.

South San Francisco was also in the news last week because a 260-unit apartment community traded for $206 million. Sares Regis Group of Northern California sold Cadence Apartments to Bell Partners. This property, which was completed in 2019 is located at 400 Cypress Avenue is within walking distance of the retail amenities of South San Francisco’s central business district along Grand Avenue and adjacent to the biotech employment hub of South San Francisco’s Oyster Point.

In April, two major developers in a joint venture began construction on 651 Gateway, a 300,010 rentable square foot life sciences project. Developers Boston Properties and Alexandria Real Estate Equities kicked off construction of the first phase of what will be a 1.7 million square foot AAA life science and innovation cluster in South San Francisco.