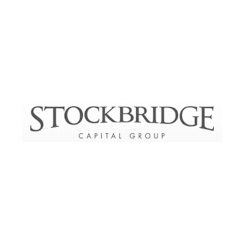 San Francisco-based Stockbridge Capital Group is raising money for a new fund that would embrace the smart and small, and eschew the popular.

The Stockbridge Smart Markets Fund, which is expected to raise as much as $1 billion in equity to start, plans initially to target lower-tier major markets with smart, tech-savvy workforces, and smaller assets, according to public records and a pension fund consultant. The first three deals in the fund have been a 94,000 square-foot office building in the Eastside Seattle Market, a Seattle suburb, with additional purchases in Houston and Atlanta.

The fund will avoid a handful of so-called Gateway markets nationwide that have been popular targets for institutional investors in the recovery—markets such as San Francisco, Boston, New York and Washington, D.C. Fund managers believe that prices have risen too fast, said Ed Schwartz, a co-founder with ORG Portfolio Management. Eventually, however, the fund intends to come back to those locales.

ORG is a well-known, Cleveland-based real estate consultant to pension funds. It has studied the Stockbridge fund on behalf of clients including the Texas Municipal Retirement System and the Santa Barbara County Employees’ Retirement System.

“The fund is brand new, so it won’t have any legacy issues from previous investments,” Schwartz said. “It also will be targeting smaller deals in the range of $10 million to $50 million. This could allow it to have much less competition for deals as most core open-ended funds are looking at much larger transactions.”

The anticipated returns for investors in the commingled fund are an unleveraged internal rate of return of 7 percent to 9 percent. The fund is expected to use 30 percent leverage.

According to a document provided by Santa Barbara County, the investment strategy for the fund is eventually to invest in 12 U.S. markets that Stockbridge believes are poised to capture a large share of long-term U.S. employment growth and are home to major universities and highly educated work forces. In California, that means the San Francisco Bay Area, the Los Angeles Area and San Diego. It will continue to target smaller-scale assets.

Core real estate typically means properties that are less than 10 years old and are no less than 80 percent occupied. Open-ended commingled funds have no pre-determined time period for accepting capital from investors, meaning the fund could continue to raise equity above the $1 billion threshold.