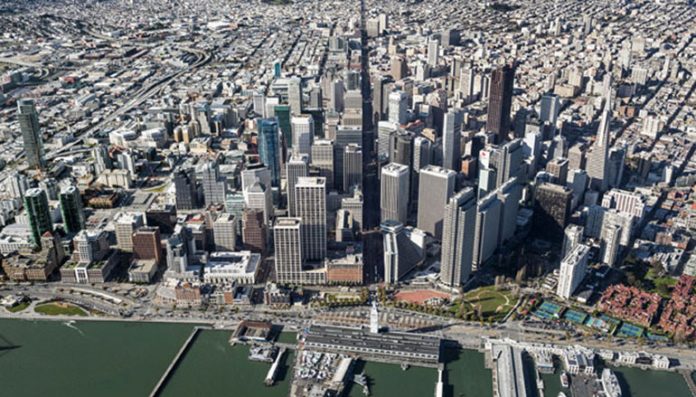 It is no secret that millennials tend to target urban, amenity-rich areas in their hunt for apartments, preferring to pay top dollar for easy access to the nation’s top cities. But a new study by commercial real estate blog RentCafe has found that millennials aren’t the only ones eager to rent in highly urbanized markets. Although many baby boomers continue to be homeowners, many are also keen on urban living, and according to RentCafe’s report, are showing an increasing interest in big city life.

“It was surprising to see zip codes in big, lively cities like San Francisco make the list of zips with the highest numbers of boomers as until now, most seniors were tied to the suburbs,” explained the report’s author and writer for RentCafe, Florentina Sarac. “There used to be a certain preference for the quiet, suburban life, but that trend seems to be changing. Attracted by the numerous entertainment options and eager to stay active, a big part of this generation seem to be more into the big city life now.”

In its study, RentCafe studied census data for the largest 250 U.S. cities, and found that San Francisco boasts the zip code with the most baby boomers in California and the fifth most nationwide, with 16,900 baby boomers in zip code 94112 — comprised of the Excelsior,  Balboa Park, Outer Mission, Ingleside and Oceanview neighborhoods. Another San Francisco zip code, 94122, which is composed of the Inner and Outer Sunset Districts, also made the top 20 for most popular among baby boomers. The zip code has a recorded number of 11,237 baby boomers. Both districts are popular because of their proximity to public transportation such as BART as well as numerous attractions such as Golden Gate Park, the 16th Avenue Tiled Steps and Ocean Beach.

Sarac points out that while traditionally the quiet, mellow nature of the suburbs has traditionally appealing, access to attractions and services is becoming increasingly important to the baby boomer generation.

“Zip codes in San Francisco and Manhattan are becoming increasingly more appealing to baby boomers, given the wealth of cultural options, as well as medical and social services,” said Sarac. “Living in bustling, urban settings is great when wishing to keep a dynamic lifestyle and regardless of the increased traffic, having everything you need at hand is definitely a plus.”

Three other Bay Area zip codes were ranked among the most popular for Baby Boomers in California: 94015 in Daly City ranked 11th, 94544 in Hayward ranked 17th, and 94591 in Vallejo ranked 18th. The remaining cities in on the list with the highest baby boomer populations were all located in Southern California, in cities such as Anaheim, San Diego and Los Angeles.

While locations such as Hayward, Vallejo and  Daly City are not quite as urban as San Francisco, Sarac maintains that they still provide easy access to amenities and transportation that baby boomers crave.

“While San Francisco offers many sought-after amenities like easy access to entertainment, healthcare, beautiful scenery, and diverse culture, cities like Hayward, Daly City, and Vallejo have some benefits of their own,” said Sarac. “In all three of them, baby boomers can enjoy a wide variety of activities, as well as great weather and more importantly, an affordable cost of living.”

Additionally, zip codes across California are seeing an increase in the number of baby boomers. Over the past five years, zip codes 94102 (San Francisco), 94612 (Oakland), and 95134 (San Jose), saw increases of 29 percent, 26.3 percent and 37.1 percent. All three cities made the top trending baby boomer zip codes in California, according to RentCafe, with San Jose taking second, San Francisco fourth and Oakland fifth. The number one spot went to zip code 92618, in Irvine, which saw a five year increase of baby boomers by 48.6 percent.

Nationally, eight of the top ten zip codes with the largest baby boomer populations were in Brooklyn, Manhattan and Queens, N.Y., with El Paso, Texas and San Francisco the only two other cities outside of New York to break into the top ten.

Overall, says Sarac, where baby boomers are choosing to live can have a significant impact on regional commercial real estate markets.  Sarac predicts that states like California, Florida and Texas will continue to be favorites among baby boomers, as will New York City due to its ability to provide transportation and supportive services.

“We thought it would be interesting to see where most seniors choose to retire and if there is a certain pattern. As it turns out, states like California, Florida, and Texas are favorites among baby boomers and this can be considered useful information for real estate professionals,” said Sarac. “Given the rising numbers of seniors in these areas, developers planning to build new housing there can take into account the results of our study and consider the needs of baby boomers as far as property amenities are concerned.”