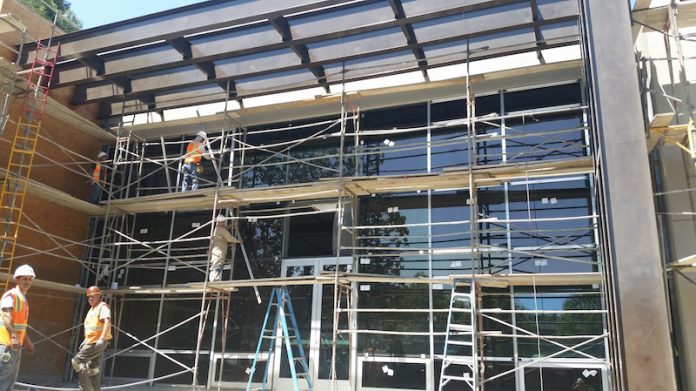 One particular corner in Sunnyvale is turning into a showcase for ultra-energy-saving building renovation that targets technology tenants.

[contextly_sidebar id=”mFjTQ7yf8ddV8caE2Rf6nT18Hh1dSSbB”]The project is a sequel to a similar sustainable reconstruction of a neighboring one-story, 32,000-square-foot building at 435 Indio Way finished in 2014 by Hillhouse and Sharp. The two projects are an attempt to show how redesigning an old building as a 21st-century ZNE structure, meaning it generates as much energy through renewable sources as it consumes, can be feasible and profitable.

The California Energy Commission seems to think so. It awarded a $1.5 million grant to the Mathilda project, viewing it as a model for the viability of ZNE-incorporated renovation strategies for outmoded buildings. 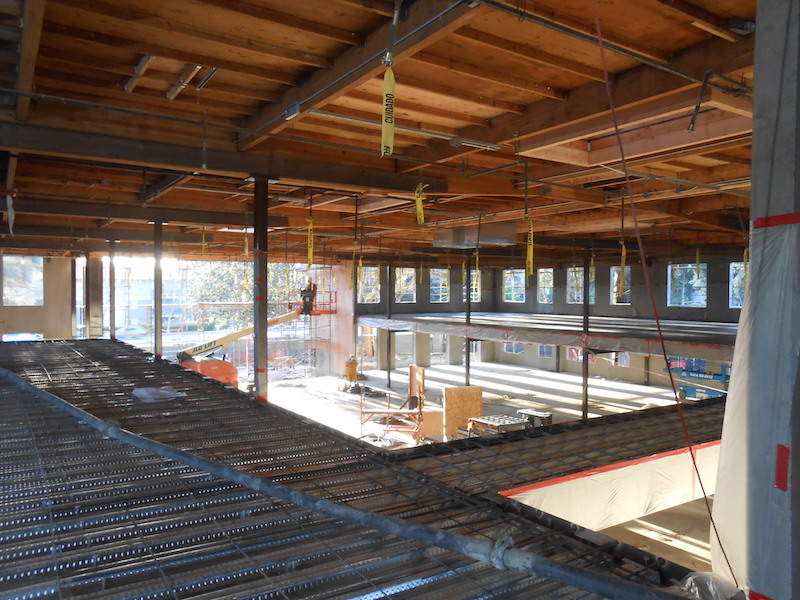 The project also fits into the state’s nonbinding goal of having all new homes be ZNE by 2020 and all new commercial buildings as such by 2030.

“The purpose of the project was to show the availability of technology and renovation techniques for older buildings,” CEC Chairman Robert Weisenmiller said. “By combining emerging and mature technologies within the same project, a potential barrier will be removed for others to duplicate these efforts across the state by other commercial building owners. The project is expected to be finished this summer, and the data will show cost effectiveness, energy savings and peak load reduction.

“Although it is more challenging to make an existing building zero net energy, the outcome is to prove that renovation is not as difficult or expensive as building owners fear. A zero-net-energy building will use less energy from fossil fuels and as a result, lowers emissions. This means cleaner air for everyone to breathe and healthier, livable communities.”

Among the project’s numerous energy-saving and sustainable elements will be rooftop solar panels, recyclable materials, skylights to help maximize daylight harvesting and dynamic glass that transitions from clear to dark depending on the sun’s angle to diminish glare while maintaining outdoor views, adding to the wellness of the building and a maintaining a comfortable indoor temperature.

“The construction industry is bustling in Silicon Valley, but Hillhouse and SageSpace are leading the charge on ZNE industry expansion, and when it’s done, 415 will be a showpiece for the CEC zero-net-energy initiative,” Ken Huesby, president and CEO of Hillhouse, said on the company’s Web site in December. “We did extensive research and planning to transform what was once a drab, windowless racquetball court into a vibrant, highly functional [and] healthy ZNE workspace.”

The Mathilda building already has a tenant signed—local mobile-payments startup Clover, owned by Georgia-based payment-processing giant First Data. “We didn’t even get done giving a demo of the interiors when we got a signed lease for the whole thing,” Bates said, declining to give the lease terms.

The Indio building was also quickly leased out last year to cloud-based enterprise logistics platform company Shipwire, which has roots in Silicon Valley and is now a subsidiary of Santa Ana-based wholesale technology distributor Ingram Micro.

Such a reconstruction is proving that “there’s a way of renovating a building with a very strong level of attention to the health and wellness of employees and doing that with minimum impact to the environment,” Bates said. “It’s resonating with the tenant community.”

While upfront this kind of sustainable renovation is more expensive to do than the standard approach, he said, the resulting economic—not to mention environmental—benefits are significant and long-lasting as utility bills are eliminated and building mechanical systems are smaller than they otherwise would be, among other factors.

At the Indio building, he said, the reduction of operating, maintenance and other expenses over the long haul “more than offsets” the approximately $50 per square foot in added costs above what a typical renovation would incur.

Moreover, he said, the Mathilda and Indio projects have shown that such offices can be leased out at Class A market rates faster than the average downtime. The Indio building has also received energy and solar rebates from the state and federal governments and Pacific Gas and Electric Co.

Hopefully, Bates said, this ZNE strategy in renovating worn-out buildings “will encourage others that this can be done cost-effectively and to pursue this as well.” 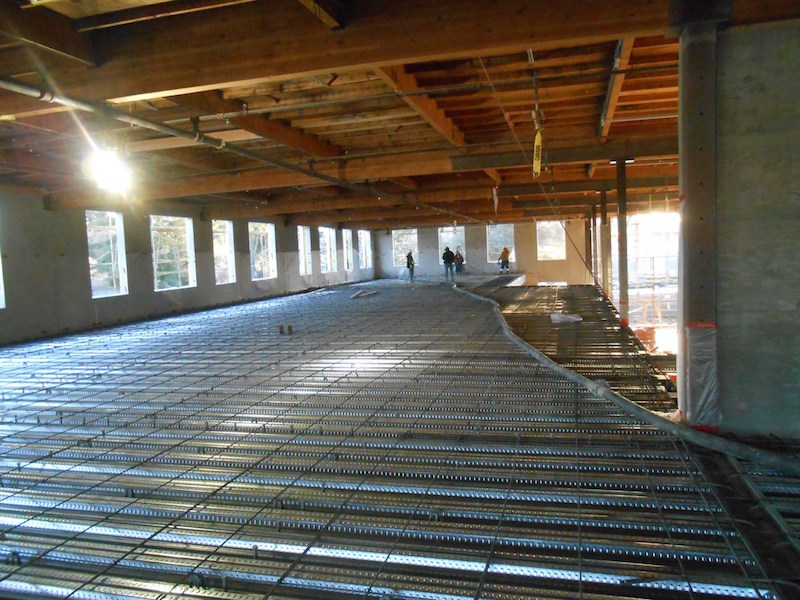