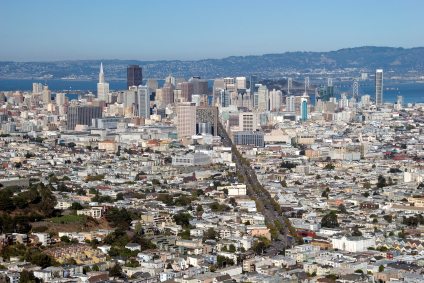 A Chicago-based private equity real estate investment firm plans to eschew zoning that would allow it to build up to 44 condominiums on a prominent corner at the cusp of the Union Square, Chinatown and Financial District in San Francisco. 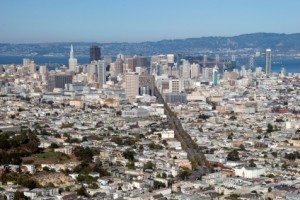 Instead, Pearlmark Real Estate Partners plans to reposition 300 Grant Ave., fully leased to a mix of retail and office tenants now, to accommodate one to three larger-format retailers. It may retain offices on the top, or third, floor.

“We see more value in a flagship retail strategy here,” said Dirk Degenaars, who managed the transaction on behalf of Pearlmark. “It is directly across the street from the Banana Republic flagship. We like what Grant Street feels like from a retailing perspective.”

The 39,000-square-foot location including a basement fourth floor is within a block of the main Chinatown gate, which is easily visible from its corner at Sutter Street and Grant. The street is generally less congested than those closer to Union Square, making for an exceptional pedestrian shopper experience, he said.

“It’s a matter of risk and execution. You have a great building that is already there in a retail environment that is thriving. It is a much clearer path in terms of execution,” he said.

The company has no large-format retailer identified but has two to four years as leases expire to execute on its strategy.

Pearlmark acquired its interest in the 1908 building from retail landlord giant Madison Marquette, which bought it in January 2000, according to its Web site. Degenaars declined to say what the companies’ respective ownership interests are today nor did Pearlmark release a price.

Washington, D.C., -based Madison Marquette remains as Pearlmark’s local operating partner. Kinship Capital is also participating in the venture. Kinship manages direct real estate investments for the Searle family and trusts. The Searles have owned and operated businesses in the Chicago area for 100 years.

Kinship and the Bay Area’s Harvest Properties bought the 34,000-square-foot Pioneer Trunk Building in San Francisco’s Mission District not quite a year ago for an undisclosed price.