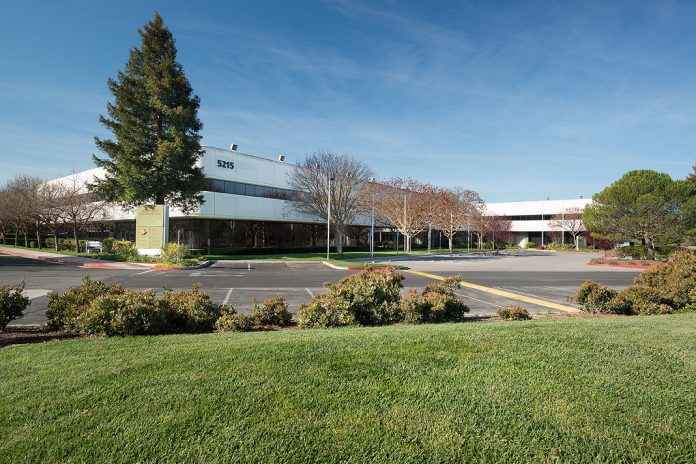 San Francisco-based Swift Real Estate Partners has closed on the acquisition of Hellyer Oaks Technology Park in San Jose for $55.65 million, or around $160 per square foot, as stated by sources that were familiar with the transaction closing. The property has two office/R&D buildings totaling 347,434 square feet that are located at 5215 and 5225 Hellyer Avenue.

The seller of the property was Walnut Creek-based Vertical Ventures. The real estate investment firm had hired the CBRE office in San Jose to be the listing agent on the sale. Those working on the transaction included Scott Prosser and Joe Moriarty, both executive vice presidents, and Jack Depuy, vice president. CBRE declined to comment when contacted for this story.

Vertical Ventures had been the owner of Hellyer Oaks for a little more than three years. It had paid $36.2 million for the property in February 2017, according to public records. The company had invested more than $5.4 million for capital improvements into the property, which included $1.7 million in common area renovations and $3.7 million in tenant improvements. Recent upgrades have been made to the building lobbies, corridors, restrooms, fitness center, management office, outdoor amenities and collaboration areas along with significant investment into the tenant suites.

Swift will have two ways that it can add value to the property going forward. One is to lease up some of the property’s vacant space—the property has a current occupancy level of 85 percent. The asset also has average in-place rental rates that are roughly 15 percent below market, leading the new owner to a marked to market opportunity.

Hellyer Oaks has five major tenants in the property. One of these is Barracuda Networks, which has a lease that totals 53,813 square feet. This tenant has a direct lease that expires in August of 2021 and a sub-lease that runs until February 2023. Structural Integrity is another tenant, which occupies 45,625 square feet with a lease set to expire this December. Edgewater Networks/Ribbon has a lease for 37,582 square feet that lasts through November 2023. Ampro Adlink Technology has space totaling 37,301 square feet through February of next year, and Graniterock Company has a 21,584 square foot lease that expires in January 2027.

Hellyer Oaks has a strong location for housing options and mass transportation. Less than two miles from the property is the Cottle Transit Village, where nearly 3,000 residential units were recently built. Also, nearby is where earlier this year Pulte Homes purchased the final remaining land near Costco and started the planned phased construction of a total of 720 single-family/multi-family homes. The office/R&D property is one mile from the Blossom Hill Caltrain station.

Hellyer Oaks is located within the South San Jose sub-market. This region remains very tight from an occupancy perspective. Through the second quarter of last year, the overall vacancy was at 7.8 percent. This amount gets reduced to 4 percent if the single-tenant project at 3403 Yerba Buena Road, totaling 383,680 square feet, is excluded from the market.