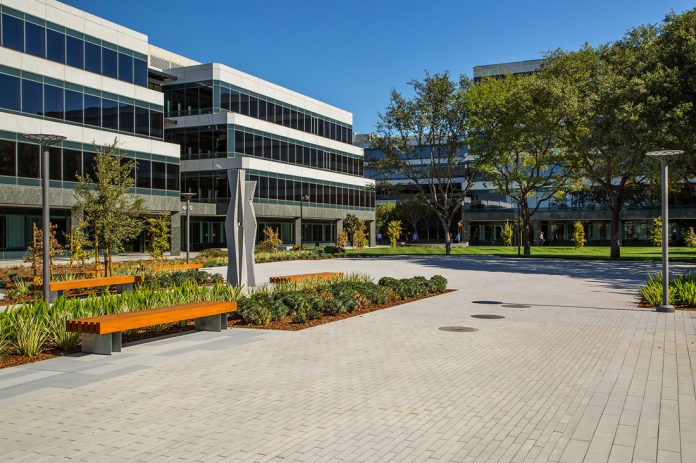 San Francisco-based Swift Real Estate Partners has finalized a recapitalization on the Rosewood Commons office campus complex in Pleasanton. The value of this transaction was $263.5 million, as stated by sources familiar with the transaction.

The capital source of the recapitalization was Swiss-based Partners Group. This company also participated in another recapitalization with Swift in Concord at the Swift Plaza office complex for $146 million. In both instances, Swift retained partial ownership of the properties and will be a general partner overseeing the day-to-day management responsibilities on the assets.

Swift declined to comment when contacted for this story.

The square footage of the asset that was involved in the recapitalization is 779,660 square feet. One of the buildings in the complex, the 180,000 square-foot Building Four in Rosewood Commons was sold by Swift to Gap in September 2015 for $40 million.

Swift has earned a significant increase in value of Rosewood Commons since its initial acquisition in May 2014 when it purchased the asset for $161.2 million from New York-based RREEF. Total proceeds resulting from the sale of Building Four and the recap total around $304 million.

A major part of the value created by Swift has been in the total makeover of the campus. When it was acquired, the property was a dated suburban office park. Since then, it has been transformed into an innovative, modern facility attractive to a diverse tenant base. The campus at the time of its acquisition in 2014 was 10 percent occupied, and since then the owner has been able to achieve 95 percent occupancy.

Some of the amenity additions made to the complex have been modern amenities found in many Silicon Valley campuses, including a Peet’s Coffee, sand volleyball court, putting green and conference facilities. These kinds of improvements were not around for other projects in the East Bay in 2014. These improvements are a major reason behind why the leasing agent, Jim Petersen, an executive vice president at JLL in Walnut Creek, was able to lease up 750,000 square feet in the project over the past four years. Some of the new tenants brought into the property were The Gap, EllieMae, ServiceMax, Astex Pharmaceutical and SmartZip.

A portion of the Rosewoods Commons also includes 8.4 acres of excess land that is fully entitled for 305 multifamily units. This land has not been developed yet, and there are are two options that could be pursued in the future, which include partnering with a residential developer or selling the land. According to sources, these options are under review at the moment.