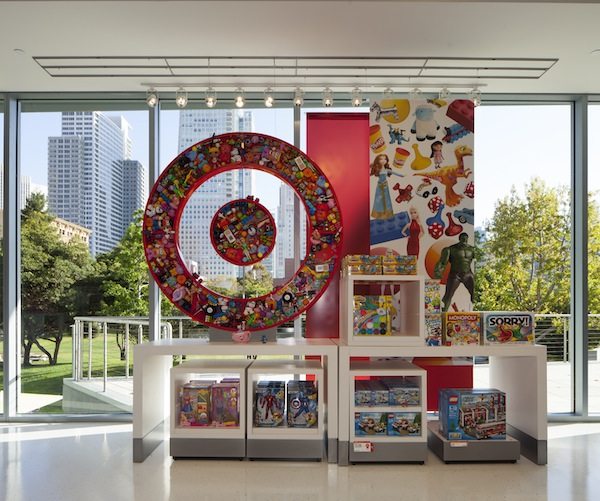 Even as Swinerton Builders celebrates the grand opening of San Francisco’s first CityTarget at the Metreon, the general contractor has begun interiors work to ready the second city location at Geary Boulevard and Masonic Avenue.

Target replaces a Mervyns department store that closed in 2010 in a two-story location originally constructed for Sears. Materials procurement has begun, and construction begins in earnest at the start of next year, said Andrew Holden, a Swinerton senior vice president and manager of its interiors division in San Francisco. The second CityTarget is expected to open a year from now. 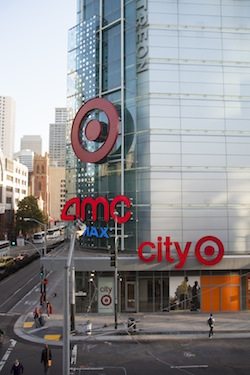 Holden oversaw the Target Meteon project and is overseeing the Geary-Masonic project, too. He is Swinerton’s executive lead in its relationship with Target. “As a 30-year resident of the Richmond district, I know the area well, and this store will certainly be an improvement,” Holden said of the new Geary-Masonic CityTarget.

Holden also knows the building well: When the same site was converted from a Sears to a Mervyns in the mid-1990s, Swinerton worked on the conversion, which included an extensive seismic retrofit.

San Francisco is among the first tier of U.S. cities where the huge retailer is opening a CityTarget. At approximately 80,000-square-feet apiece, both San Francisco CityTargets are much smaller, next-generation stores for Minneapolis-based Target Corp. The format’s limited dimensions are intended for tightly configured urban, center-city sites, a focus of the retailer’s U.S. growth plans, according to an April Retailer Expansion Guide published by ChainLinks Retail Advisors.

The Metreon location also includes Target’s first C9 Active Apparel store. The C9 store offers a spare, boutique-like experience with a polished concrete floor (rather than Target’s signature linoleum). It sells casual exercise clothing for men and women. At the Metreon, the C9 store is embedded into the first floor of the CityTarget, separated from a new Starbucks by a pair of 80-foot escalators and a wide staircase. It has a dedicated entrance from 4th Street in addition to the main Target entryway.

“We were very excited to open our first three CityTarget locations in late July in the dense urban centers of Seattle, Los Angeles and Chicago,” Gregg W. Steinhafel, chairman, chief executive and president of Target Corp., told analysts on the company’s Aug. 15 conference call to discuss quarterly results for the period ended July 28.

“We’ve been extremely pleased with the reception we’ve received from our new guests in neighborhoods around these first three stores, and we expect to apply what we learned to our operations throughout the U.S. and Canada over time,” Steinhafel said.

The Metreon CityTarget and a second Los Angeles location both were to open this month. 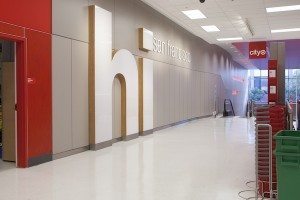 Overall, Target has 1,772 U.S. stores, according to its most recent quarterly report for the period ended July 28. It expects to expand into Canada next year. Its aspirations in the Bay Area have not been limited to CityTargets, or San Francisco. In April, it bought 10 acres in Petaluma from Regency Centers at the East Washington Place shopping center for a 140,000-square-foot store. East Washington Place is near the city’s future Sonoma Marin Area Rail Transit station and current Amtrak bus station.

Target also anchors the new Fallon Gateway Shopping Center in Dublin, where it bought 10 acres, and is a retail anchor at San Jose’s @First Shopping Center, which was developed by Silicon Valley’s Hunter Storm Properties and completed at the end of last year. It also has opened a store in Capitola at a former Gottschalks location.

A part of the Target formula for success includes uniformity across stores to aid with security, maintenance and countless other attributes where consistency and economies of scale can contribute to lower operating costs. Historically that has involved green-field development.

With CityTargets, all of the stores are expected to be in existing buildings, said John Biale, Swinerton project manager. That means that the consistency yields some to customization. “There is a learning curve for them, but they are a smart and nimble organization. They are going to sit down with all of the contractors that have done these CityTargets and see what we can all do better,” Biale said.

The company’s chief executive visited the store during construction, which began in March and was finished by late July; senior managers toured regularly. “They know their product. They know how many people they want to get in and out of their stores, and they have a mentality of how do we make it a better experience for our customer,” Biale said.

Based on the first three CityTarget locations—that is, excluding San Francisco’s— the average store size is 105,000 square feet, the company said. That compares to 129,000 square feet at locations that include food, another focus of management growth, going from 736 in mid-2011 to nearly 1,100 at the same time this year. The company has 251 Super Target stores, which average 177,000 square feet. It has opened no new Super Targets in a year.

Swinerton has done retail interiors work in the Bay Area for 30 years. Besides Target, its clients include Nike, Levi’s, Williams Sonoma and Neiman Marcus. The employee-owned contractor completed both Williams-Sonoma’s and Neiman Marcus’ Union Square locations.