The construction industry is a vast sector that includes more than seven million employees that work to create around $1.4 trillion in projects each year. Despite the sector’s reach, however, technology has been adapted slowly, and many processes remain outdated. At ALICE Technologies, which has dubbed itself the first AI-powered construction platform, teams were working harder than ever to lessen silos and create efficiency. The Registry sat down with ALICE’s founder René Morkos to chat about the establishment of the company and how artificial intelligence can be leveraged to improve the construction industry.

At 10 percent of the world’s GDP – 14 percent in value – the construction industry is huge. It also represents a tremendous opportunity for technology companies, as it is a segment that has been slower than others to embrace new ways of doing things.

We define “large scale” construction projects as those that are greater than $100 million in construction value. Many infrastructure projects – such as bridges, highways, airports, and tunnels – fit this definition. And given the commitment of countries such as the U.S. and Great Britain to invest in building infrastructure, we view this as one of the highest growth segments within the construction industry for years to come.

When did the idea to create ALICE arrive? Was there a specific event or instance that triggered the technology’s inspiration? Please explain.

ALICE emerged from my PhD research at Stanford. As part of that research, I was evaluating space usage efficiency during the construction of a new engineering building on the Stanford campus. And I was stunned to realize that only 3 percent of the job site was active at any given time during this project. This led me to explore how AI could be used to optimize a construction project based on different constraints, space being one of them. And it was this research that laid the foundation for the ALICE construction simulation and optimization platform.

How does ALICE work?

Companies usually begin by importing a 3D model of the project they are building. They then use ALICE to define how the different components of that structure are made, as well as the constraints under which they are operating (e.g. the number of cranes to be used, or the number of framing crews available to work on the job). Based on these inputs, ALICE can then simulate thousands of different ways to build the structure. And each simulation represents a fully resource-loaded 4D construction model. At this point, managers can then compare and contrast different models and pick the one that best meets their business objectives. This process makes the best possible use of both technology and people. Driven by AI, computers spin up myriad different ways in which a project could be executed. People, in turn, use their managerial judgement to select the optimal path to follow – the one, for example, that best minimizes risk, or the one that can be built quickest.

What is your favorite feature of ALICE? Why?

My top pick would be ALICE Manage. Manage helps companies to keep complex projects on schedule. And if circumstances change – like if there is a delay in a concrete shipment, for example – they can use Manage to tune their construction schedule to keep the project on time and on budget.

We’ve also had customers use ALICE Manage in difficult project recovery scenarios. In one example, the customer came to us for help on a project that had fallen more than 300 days behind schedule. Using ALICE, not only was the customer able to make up the 300 days lost, they were also able to create a new construction schedule that was substantially faster than their original baseline schedule. With Manage, the general contractor avoided tens of millions of dollars in penalties that they would have incurred by delivering the project late. And there is no way that the contractor could have devised such a solution using traditional tools.

A lot of new technologies are using AI in order to enhance their capabilities. ALICE claims that it is the first AI-powered construction simulated platform. Can you explain what this means? How is ALICE the first?

For decades, general contractors have used the same software to develop their construction schedules. These include tools like Oracle’s P6, Microsoft Project and even Microsoft Excel. Creating even a single construction plan can take a long time with these tools, and contractors don’t have the time to generate and compare multiple potential plans. With ALICE, however, contractors can generate numerous possible construction plans before zeroing in on the one that best fits their needs. Before ALICE applied AI to this problem, optimizing schedules this way simply wasn’t possible. It took us years of development work to crack this problem. And so far, no other company has been able to do the same.

Why do you believe it took so long for the construction industry to accept AI?

People are comfortable with what is familiar to them, and contractors have been building using certain tools for an awfully long time. Changing directions requires companies to be open to innovation, to experimenting with new technologies and new processes. But for contractors that have been willing to test and adopt AI, it is providing them with a substantial competitive advantage.

How much time and money—please be as specific as possible—can ALICE save customers?

With ALICE, our customers are cutting their construction costs by 17 percent and build times by 11 percent. And, at the same time, they are significantly reducing project risk.

What are some projects that ALICE is working on that they are most excited about? Why?

We are currently working with clients on several large-scale projects in the transportation industry. By using ALICE, these contractors are not only reducing their costs and build times, they are also delivering projects that will lower carbon emissions by encouraging travelers to shift to public transportation. We’re excited not only to help our customers to develop efficiently, but also to boost sustainability through these major infrastructure projects.

Is there anything else you would like to add? Anything that we should be asking?

We’re particularly enthusiastic about the global nature of this business. We’re seeing large general contractors adopting ALICE world-wide – from the U.S. to the U.K., from France to Japan. We’re also excited by the range of construction projects they’re using ALICE to optimize. Light rail systems, tunnels, solar farms – contractors are regularly coming to us with ideas for new ways to put our platform to work, and we are energized by their creativity. 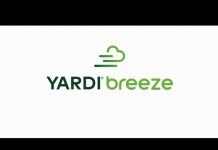