Tesla’s presence in California will remain strong in the coming years, even as the company relocates its headquarters to Texas. Just outside the main boundary of the Bay Area, Tesla has leased nine acres in Lathrop, Calif. The need for additional land arose, according to public records, as Tesla increases its employee count in the San Joaquin Valley.

The land, located at 18800 Christopher Way, will serve as parking for 1,500 employees. Lathrop’s City Council voted unanimously last week to approve the lease of the land, which the City owns. Tesla will lease the entire plot of land for just a single dollar per year.

“Tesla’ s presence in Lathrop promotes growth throughout the City by providing jobs, and tax revenue,” a City report notes. “The manufacturing facility at 700 D’ Arcy will create roughly 1,500 jobs in the City as well as additional tax revenue and therefore staff is working to facilitate the maximum operation by providing a parking solution for Tesla employees.”

The land is located next to the City’s wastewater treatment plant. In its report, staff noted that because the City had no intention to improve or use the land, it was in the City’s best interest to approve an agreement with Tesla for its use. City Staff also noted that the lease will also allow Tesla to make improvements to the property, including new paving, lighting and sstripping. Should Tesla choose to terminate the lease for any reason, it must give 90 days’ notice.

The lease is expected to run through October 31, 2028, and the company will have th eright to extend the agreement on an annual basis upon the same terms and conditions as long as Tesla maintains its operations at 700 D’Arcy. The total term extension may not exceed 10 years and must be terminated by October 2038, according to public records.

Tesla’s presence in Lathrop is not new; the electric vehicle company has been in the city since 2014. In September of this year, Tesla broke ground on its new Megafactory at 700 D’Arcy. Dubbed Crossroads Business Park, the new development will produce Megapacks, an energy storage product sold to utilities. Previously, the factory was a former J.C. Penney distribution center. 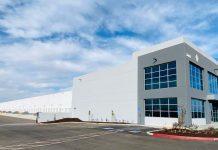 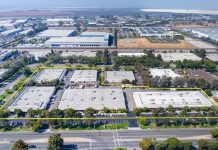 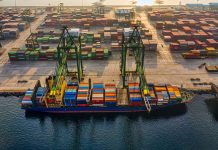 What Are the Implications of Ongoing Geopolitical Turmoil for U.S. Industrial Markets? Newmark Report Investigates  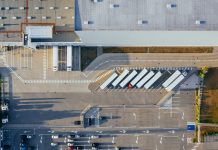