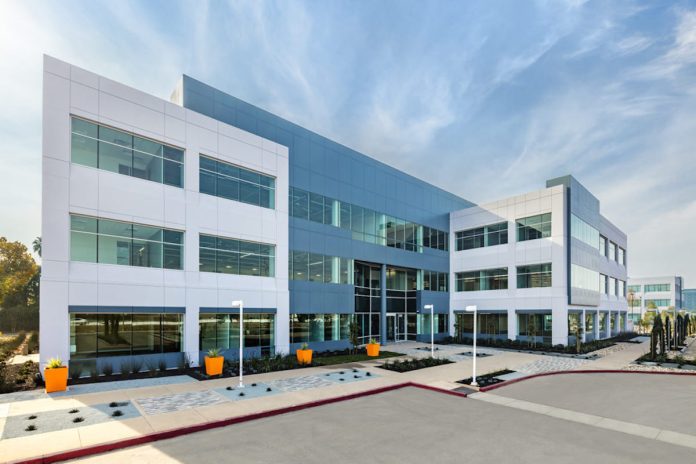 In a deal worth more than $50 million, a large office building in north San Jose was recently purchased by The Wonderful Company, according to an industry source. The 96,502 square-foot building was bought by an entity affiliated with Stewart Resnick and his wife Lynda Resnick, billionaires in the Los Angeles area who founded The Wonderful Company.

The affiliate paid approximately $54 million for the building, which included a $30 million mortgage through Wells Fargo as part of the purchase. According to public records, the property was sold by an entity affiliated with Thor Equities, which previously bought the building in 2021 for $50.5 million.

Located at 350 Holger Way, the three-story building was constructed in 1999 and features new interiors and exteriors with flexible floor plates, new outdoor amenity areas and a new signage program, according to LoopNet. The building’s location also offers access to retail, hotels and restaurants.

The Wonderful Company is a privately held $5 billion company, according to the firm’s website, that is “committed to offering high-quality, healthy brands and helping consumers make better choices, every day.” The firm grows, harvests, bottles, packages and markets a diverse range of products, including fruits, nuts, flowers, water, wines and juices, and according to its website, is the world’s leading grower of tree nuts, America’s largest citrus grower, and the world’s largest flower delivery service with the Teleflora network of florists.

“We believe there is incredible power in the Wonderful family of brands to inspire healthier choices and to support our communities,” the website states. “By helping nourish our neighbors with high-quality, healthy products, we believe we can grow a better world.”

Other commercial transactions have been recorded in North San Jose over the past year. In one example, the technology development company Synaptics sold its San Jose headquarters earlier this year in a $58 million deal, according to previous reporting by The Registry. The buyer of the property was South Bay Development Company. The four buildings that were part of the property are located at 1109-1251 McKay and 1140-1150 Ringwood Court.

NIO USA, Inc., also signed a 10-year lease agreement for a 201,500-square-foot building in San Jose earlier this year. The property is located at 3151 Zanker Road and was planned to be used as a research and innovation facility that would support a variety of functions for the company, such as research and digital development, testing, assembly, warehousing and operations.

(Editor’s Note: A previous version of this story stated that the deal was for $84 million, which The Registry has since learned was incorrect.)