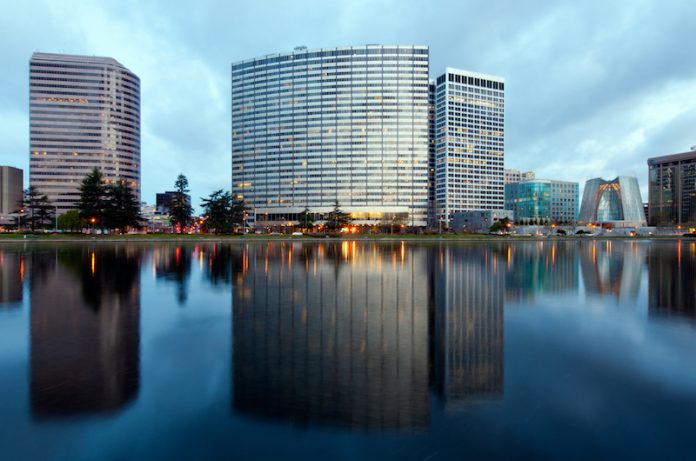 San Francisco-based TMG Partners has closed on the acquisition of the 910,000 square foot 300 Lakeside office asset in Oakland along with an un-named institutional investor for $449.8 million, according to public records filed with Alameda County. The property, formerly known as the Kaiser Center, will be fully leased to Bay Area’s public utility PG&E. The company, which will be relocating its headquarters from San Francisco, also has an option to purchase the asset from the new ownership in 2023 for $892 million, according to public documents from the company.

The San Jose Mercury news was the first to report the price of the transaction.

The seller of the property was a partnership of San Francisco-based Swig Company and Boston-based The Rockpoint Group. The sellers will continue to hold a small ownership portion in the property. Eastdil Secured represented the seller in the transaction and was responsible for arranging the mortgage financing on the transaction, which is led by KKR. Goldman Sachs also participated in the deal by helping provide portion of the total financing of $430 million for the purchase of the property, according to sources with knowledge of the transaction detail.

“Our next step with this asset will be to start the renovation of the property. This is likely to get started at some point next year. The work on the property and tenant improvements will be done in phases over a multi-year process,” said Matt Field, president of TMG.

The work done to the property will include a voluntary seismic upgrade, facade cleaning and significant upgrades to the mechanical plant and the building’s fire and safety systems. The seller had already done some of its own renovation work including elevator modernization, new lobby and common areas and updated the building’s conference center. Swig worked with Gensler as the project architect on the renovations, and TMG has also retained Gensler for the future work on the building, including MKA, which will be serving as the structural engineer on the project, and Plant Construction, which will serve as the general contractor.

The initial occupancy into 300 Lakeside by PG&E will be about two-thirds of the space in the property. The lease with the tenant is projected to start in 2023 and will last for 34 years and 11 months, according to information previously provided in a public document by the tenant.

“The purchase of 300 Lakeside by TMG Partners is good news for the vitality of downtown Oakland, and particularly while our city begins to rebuild from the economic downturn caused by the pandemic,” Mayor Libby Schaaf said in a statement. “We welcome PG&E and their employees to our community and look forward to sharing our Oakland values with our new neighbors. We also look forward to working with TMG Partners as they realize the long-term potential of the property as this significant transaction illustrates Oakland’s continued central role in the broader Bay Area economy.”

PG&E will soon be placing its San Francisco headquarters on the market for sale. This will likely occur sometime in early 2021. The listing agent on the sale is the San Francisco office of CBRE, which will be marketing the 1.4 million square feet of prime, central business district space that includes 245 Market and 77 Beale. The properties also include over 400 covered parking spaces within the 50 Main Street parking structure and underground parking at 77 Beale.

“Relocating our headquarters to Oakland is a clear example of our broader commitment to demonstrate real and lasting change at PG&E that will result in long-term benefits for our customers,” said PG&E Corporation Interim Chief Executive Officer Bill Smith in a statement. “The move will reduce our real estate costs, both short and long term, and we will pass along those significant savings to customers. We’re also excited that the move will bring our employees together in new and better ways that encourage innovation in service to our customers.”

The transaction of 300 Lakeside also incorporates some assets that don’t involve PG&E. This includes a 1,339-stall parking garage with a rooftop landscaped garden and around 130,000 square feet of retail and office space in a two-story building at 344 Thomas L. Berkeley Way. This real estate is entitled for 1.4 million square feet of office and/or residential development, which TMG is looking to kick off in the future, as well.

“We will be going through the city for full design approval. We don’t have to worry about finding tenants for this space now, which is a good thing given current market conditions. We will not be asking tenants to commit to space until four years out, when I believe the market will look much different than it is today,” said Field.