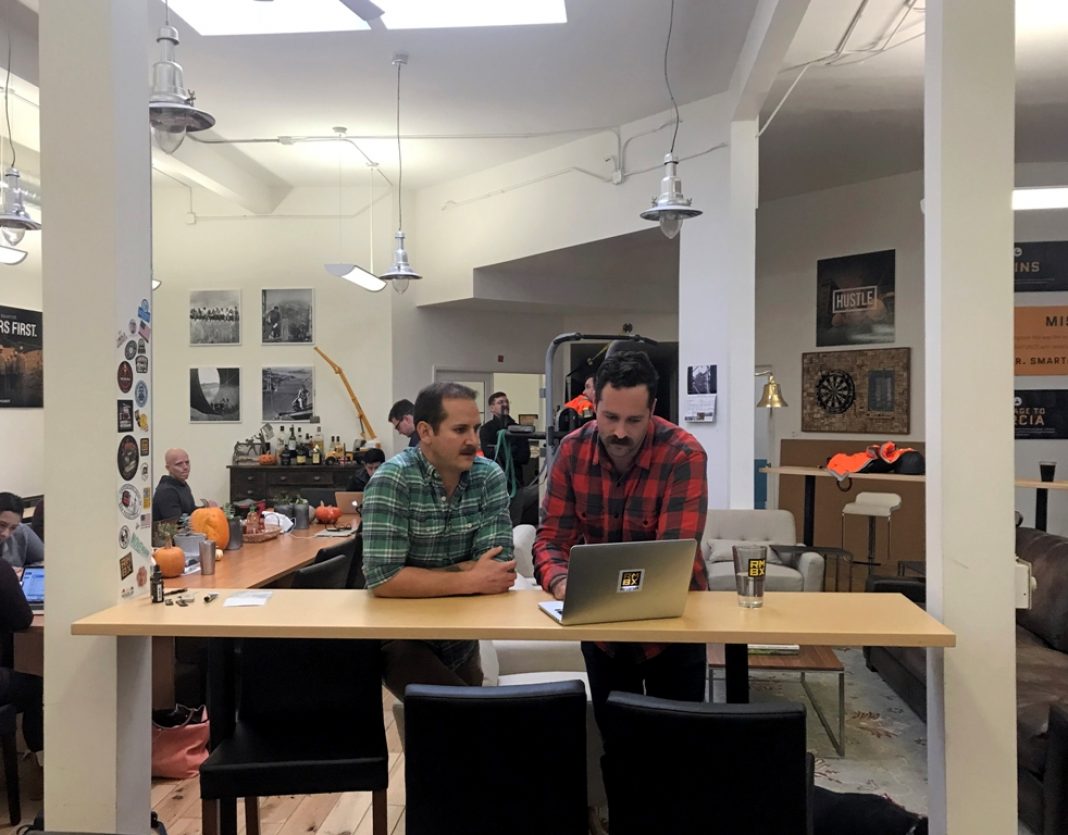 Rhumbix is a mobile enterprise software platform optimizing field reporting for construction companies and powering analytics for operations and executive decision making. Founded in 2013 by Navy-veterans Zachary Scheel and Drew Dewalt, the company closed its fourth round of funding this past October and occupies 5,000 square feet at 1169 Howard Street in San Francisco’s SoMa neighborhood.

Co-founder and COO, Drew Dewalt, sat down with me to discuss some of the surprises involved in an office search, some perks of being a Stanford Alum and the importance of time management during the process.

SEYMOUR. Reflecting on the early days of Rhumbix, tell me a little about where it all began?

DEWALT. Our first office was offered below market rate by one of our seed investors. He had a co-working type space where companies he had invested in could start out. He was a Stanford Business School Alum, so would offer the space to other Stanford founders. It was no-frills, didn’t have a kegerator or anything fancy like that, but was the perfect space to get work done. Before that we were working out of living rooms and the Stanford library.

SEYMOUR. When it came time to leave the co-working space, what were some take-aways from the office hunt that was to follow?

DEWALT. In the beginning, I didn’t really have an appreciation for the process. I assumed it would be a much more standardized thing. For example, different landlords had different contracts, expectations and all sorts of stuff. I assumed I would have more access to what’s out there and what’s available in the market. While that information is certainly available to the brokerage community, it is still a little opaque to anyone on the outside.

Two years ago, when we were looking for an office, we didn’t realize how aggressive the market was and how fast things changed with regards to available inventory entering and leaving the market.

I realized that we needed to find opportunities that weren’t necessarily on the market yet but would be coming up in a month or two. Having a good tenant rep broker was important. From a founder’s point of view, you need to consider what is your time best spent doing? I felt it was best served managing the process and overseeing its direction, not spending countless hours looking online, making calls and looking at spaces that may not necessarily have been a good fit. 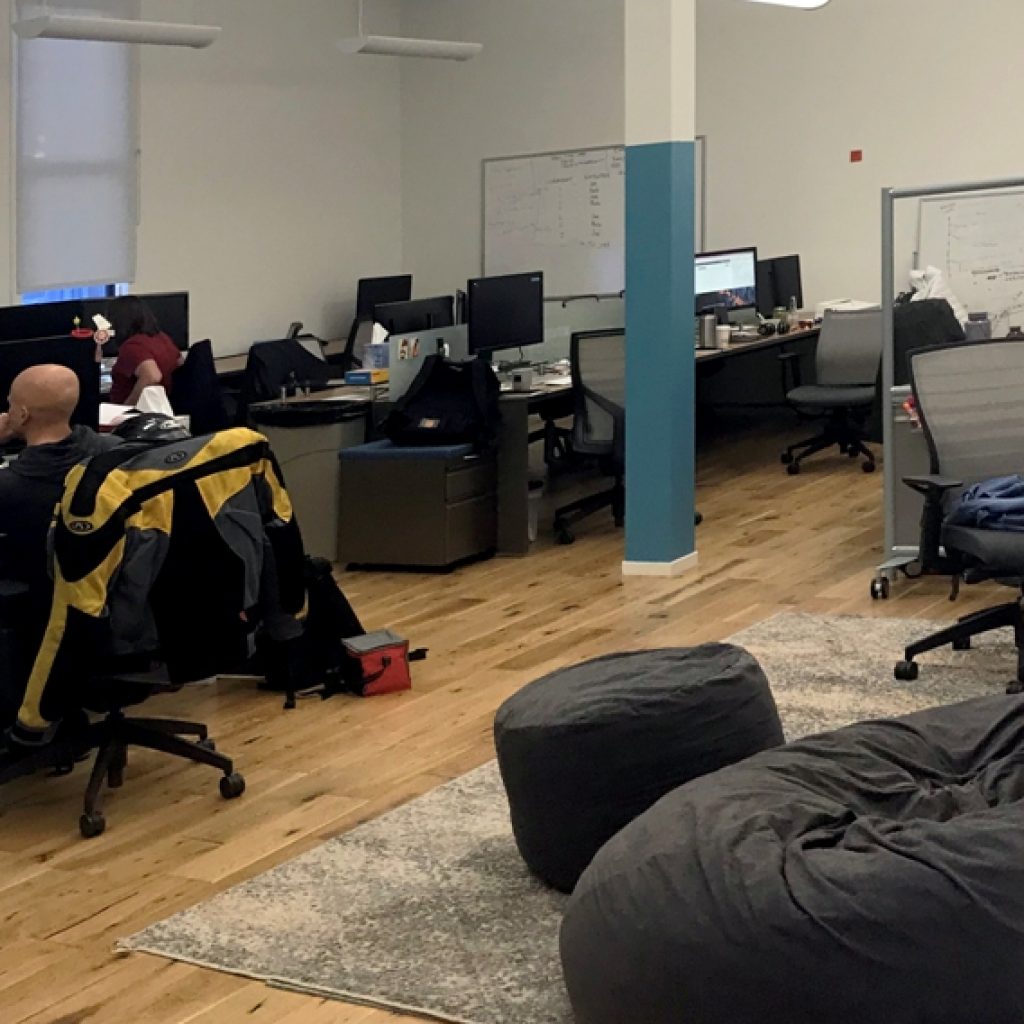 SEYMOUR. If you could go back in time, would there be things you would do differently prior to, or throughout the search?

DEWALT. We could have done more work upfront in terms of what it was we were looking for. We casted too wide a net early on. We didn’t know the standard space per person requirements, how to really plan our space allocation for expansion. We probably should have planned that out ahead of time, so we could narrow our search.

SEYMOUR. What were some of the most important factors that led to you landing in this particular space, here on Howard Street?

DEWALT. For us, having an open floor plan where certain teams could occupy particular areas of the space was most important. In saying that, it’s also crucial for us to have several small breakout or call rooms, as well as at least one large conference room for team meetings and such.

SEYMOUR. Were there any other sub-markets that you considered?

DEWALT. To be honest, not seriously. I think we are even seeing that today – there are a bunch of startups coming up from Silicon Valley because to be competitive, this is where you need to be. While we are a software company, we are also somewhat of a construction company, so I did look a little in the East Bay. I considered the BART corridor to be an important aspect. We also looked at the Mission a little. But at the end of the day you kind of just have to be here in the thick of it. 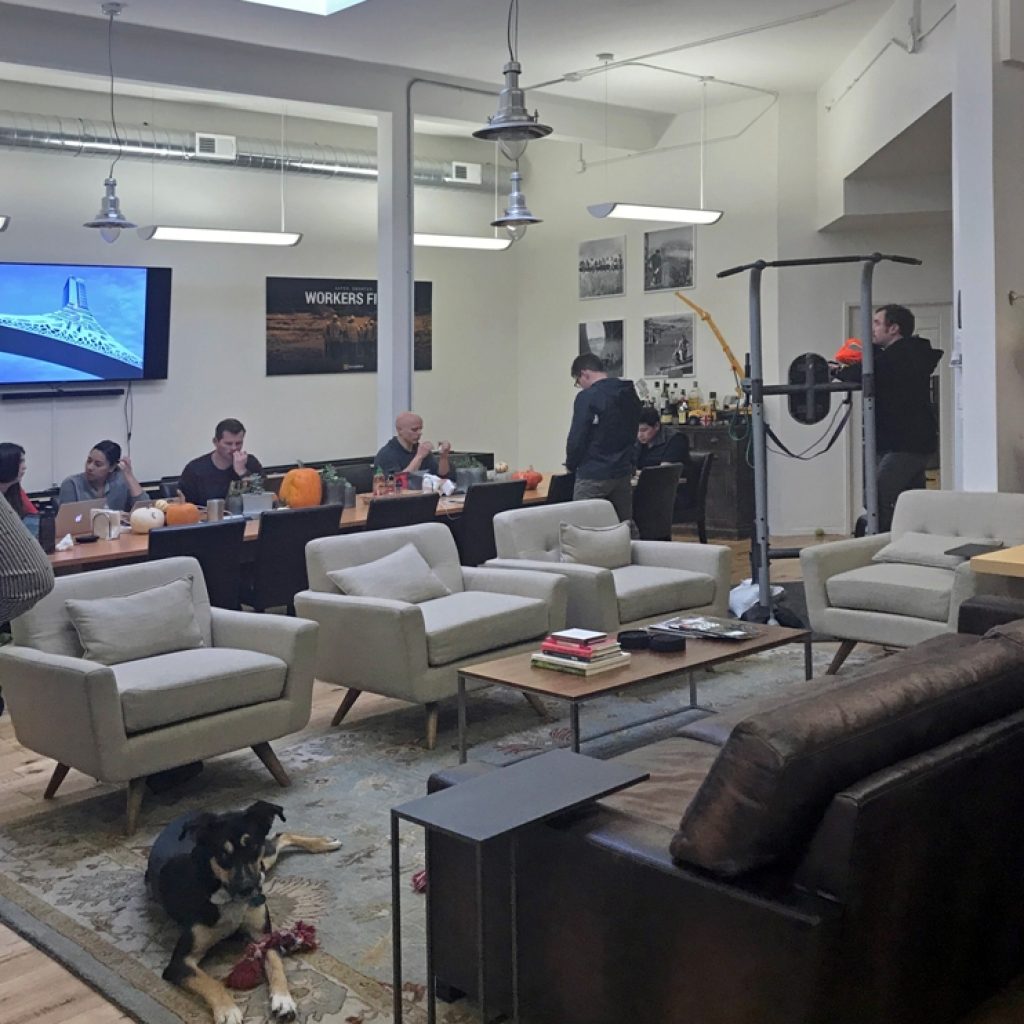