With More Than 1,400 Homes Built and Sold in California Over the Past Three Decades, Trumark Proves to be a Powerful Force in the Homebuilding Industry

SAN RAMON, Calif. (July 26, 2018) – Trumark Companies, a diversified real estate development and building firm, celebrates its 30th anniversary this year marking a major milestone in the company’s longstanding history of homebuilding in California. Founded in 1988 by Gregg Nelson and Michael Maples, Trumark has grown substantially over the years in response to the market and now comprises four distinct divisions, including Trumark Communities, a master planned community developer; Trumark Homes, a next generation homebuilder; Trumark Commercial, which builds, leases and sells commercial buildings; and Trumark Urban, a vertically integrated residential developer focused on core urban neighborhoods. Despite its growth, the company’s mission has remained constant over the years: to build inspiring homes and communities in highly desirable geographic areas while ensuring each development is economically viable and socially responsible and enhances the environment and surrounding areas.

“We are truly elated to celebrate this milestone as a company. It seems like 30 years passed by in the blink of an eye, but we couldn’t be prouder of what Trumark stands for today,” said Mr. Maples. “Over the past three decades, we have learned invaluable lessons that will undoubtedly aid in our future growth and success. Trumark is committed to remaining at the forefront of designing and developing the next generation of homes both in suburban and urban locations, with every home made to inspire and delight potential homebuyers.”

Nelson and Maples met during their college years at San Jose State University and later moved their families to the East Bay to start a church. With previous real estate experience under their belt, they founded Trumark in 1988 as a secondary pursuit, not knowing the legacy into which it would evolve. After the market crashed in the early 1990s, the duo stepped away from actually building homes for about 15 years and narrowed their focus to the land entitlement side, while adding a significant commercial development operation. While they were eager to get back into homebuilding, Nelson and Maples didn’t see the right opportunity to do so until after the 2008 recession, which led to the birth of the Trumark Homes division. Vast opportunities in the market over the years have allowed Trumark to diversify its product offering and form several distinct divisions under the Trumark umbrella. Most recently, Trumark Communities launched a new TruLiving brand, an innovative new community model designed to revolutionize the age-qualified sector of the real estate market and featuring the first age-qualified amenity to be registered under the WELL Building Standard®.

“We would not be where we are today without the team behind us. We truly believe that we have the most talented, creative, motivated, forward-thinking and hard-working group of people in the industry. They are committed to problem solving, creative deal-making and place-making and they are such an integral part of what we do day in and day out,” added Mr. Nelson. “We would like to thank everyone who has had a hand in making Trumark what it is today and we look forward to our future as an organization.”

Over the course of the past 30 years, Trumark has successfully entitled 30 development sites and over 5,000 residential lots. Trumark Homes has been instrumental in the development of more than 2,200 homesites throughout California and built and sold more than 1,400 homes. The company currently has more than 10 active new home communities spanning the state of California including: Fielding and Perch in Dublin, Glass Bay in Newark, SP78 in San Jose, Centerhouse in Ontario, Founders and Bristol in Chino Hills, Lewis+Mason in Anaheim, The Pacific in San Francisco and TEN50 in Los Angeles. Trumark has received numerous local and national awards, including best attached, detached, multi-product and master planned community in the country and was recently named the 3rd fastest growing private builder nationwide.

Trumark also celebrates its longstanding partnership with charity:water, a non-profit organization dedicated to bringing clean and safe drinking water to people in developing countries. For approximately every 50 homes that Trumark builds, they provide and serve approximately 200 people with fresh, clean water.

About The Trumark Group of Companies
Trumark Urban develops high-density condominiums and mixed-use projects in global gateway markets with a focus on core urban neighborhoods close to jobs, transit and local businesses. With offices in San Francisco and Los Angeles, the firm has built or entitled a portfolio of more than 1,000 condominiums and over one million square feet representing more than $1.3 billion of revenue. www.trumarkurban.com

The Trumark Group of Companies is a diversified real estate developer and builder with expertise in land acquisition, homebuilding, community design, entitlements and office, R&D and retail development. Across the spectrum of projects, Trumark seeks to enhance the lives of people by creating inspiring living and working environments. www.trumarkco.com

Trumark Homes is a visionary, next generation homebuilder with a robust portfolio of new home neighborhoods spanning the state of California. Emphasizing distinction and innovation in every home, Trumark Homes focuses on core infill developments in locations that exhibit strong job growth and provide access to major job centers. www.trumarkhomes.com 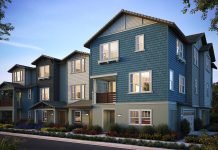 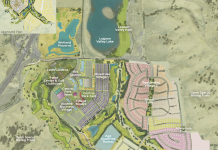 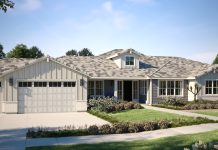 Vistas at Mockingbird Canyon by Trumark Homes Opens for Sale 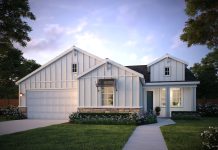 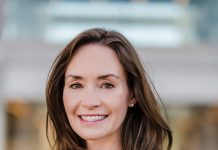 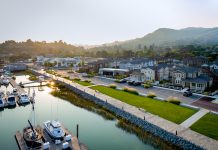